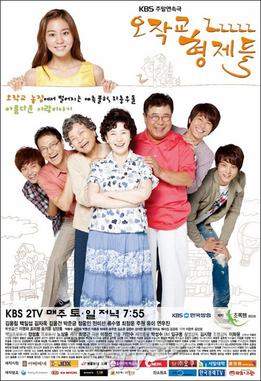 On November 16, actress Kim Ja-ok passed away due to lung cancer in Seoul.

Any K-drama fan would be familiar with Kim Ja-ok, the mother/grandmother figure in numerous projects we have enjoyed watching. With a heartwarming smile that has shone over the last four decades of her acting career, Kim Ja-ok has contributed to over forty film and drama titles including Ojagyo Family, High Kick! 2, My Name Is Kim Sam-soon, Coffee Prince, and so on. She has also appeared in many variety shows and acted in one musical.

Born in Busan in the year of 1951, Kim Ja-ok debuted in 1970 and has since gained stable popularity in Korea. She changed her image from a beautiful charming lady over the turn of the century, and became a representative for the ajumma figure. Her acting ranges from the worse nagging mother-in-law you can wish for to the benevolent loving grandmother every kid loves.

She received the Excellent Actress in Drama Award for Ojakgyo Family  in the 2011 KBS Drama Awards.

We at Seoulbeats express our deepest condolences to her family and friends.

Given the number of projects she was in, we must all have at least one favourite Kim Ja-ok performance. What is yours?