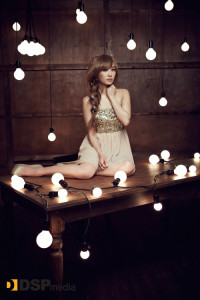 Nicole Jung has found a new home! After leaving KARA and DSP Entertainment in January, Nicole has signed on to B2M Entertainment. She will be joining K-pop queen Lee Hyori, former SS501 members Heo Young-saeng and Kim Kyu-jong, Eric Nam, and SPICA in the stable of artists for the label.

Nicole already has an established relationship with B2M CEO Gil Jong-hwa, who worked with KARA when they were trainees. According to B2M, Nicole wanted to be with a company that knew her well, and B2M would give her what she wanted in terms of her contract. It would be interesting to find out if the presence of former SS501 members also influenced her decision to join B2M since they too are former DSP artists.

During her time away, she has been improving her dance and vocal skills in New York. So, we should see an improved talent from Nicole. Also, if Lee Hyori has any influence, we may see Nicole’s diva side come out. Or perhaps a fantastic collaboration between the two.

Although she previously released a solo song for KARA’s special album, this will be her first coming out as a soloist.

It’s great that Nicole is able to continue her career as she is now preparing her official solo debut.

Are you looking forward to Nicole’s official solo debut?