Raina Weeps in "You End, And Me" 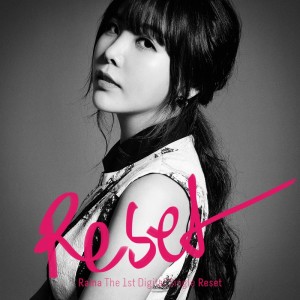 After School‘s Raina has had a busy year, what with two Orange Caramel comebacks, After School’s second Japanese album, and her chart-topping duet with San E. Now, she’s striking out on her own with “You End, And Me” with a guest spot from Troy‘s Kanto. This is particularly notable as Raina’s not the first soloist to come from After School, but it is the first time an After School member has debuted as a solo artist without graduating.

While “You End, And Me” might seem like a bit of a gibberish title combined with willful abuse of the common comma, it actually sums up the song in a nutshell. This is a song about getting dumped, and not just dumped, but completely blindsided. Raina is left by herself, reeling and confused about what happened. She had no idea that her boyfriend felt any different than she did about their relationship, and the end of it took the ground out from under her, and she has nothing and no one to cling to as she freefalls.

The song is very much an active dialogue between two people. Most duets sound like both participants are talking at each other– both are voicing their opinions on one topic, but they’re not actively speaking to each other. Raina and Kanto, though, are actually talking with each other. Whenever Raina reminisces about their perfect relationship, Kanto pops her bubble. He starts rapping about how he fell out of love, and Raina ardently denies any problems whatsoever, thinking her boyfriend is just kidding. Except he’s not.

It’s really the little things that make “You End, And Me” a spectacular song. For one, most breakup songs are very general about the “We were so happy, I’ll never move on, you are my soulmate” sentiment. However, “You End, And Me” is very specific. Not as much in the lyrics as it is in the tone and delivery; it’s just feels personal. Kanto and Raina are excellent together, and their performances elevate “You End, And Me” to a whole new level. 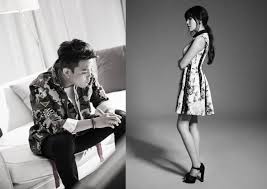 While Raina’s sweet tone would seem a logical detriment to a heartbreak ballad, it serves to reinforce the disparity between the viewpoints. Her almost angelic voice is set against Kanto’s annoyed, angry rapping. The cherry on top though is when Kanto compares their relationship to “a midsummer night’s dream”. Not only is this a glorious reference to Shakespeare– of which there can never be enough — it also serves as a callback to Raina’s previous song, “A Midsummer Night’s Sweetness”. Tying these works together gives weight to what could have been simply another ballad.

The MV carries the quality of the song through it. It’s very basic, but attention to details, as well as good quality cinematography gives “You End, And Me” a boost far above the ususal offerings. Of course, considering that Pledis Entertainment puts more work into their MVs than almost anyone else, it’s not exactly a suprise.

While many fans have grown used to seeing Raina most often in Orange Caramel’s crazy high-concept MVs, “You End, And Me” is extremely low-key. Raina wanders around Seoul in a fog, visiting places where she and Kanto had gone when they were still together. The flashbacks are separated from the present day by use of filters, but with a glorious twist on the usual ones. Here, the past being bright and saturated with color, while Raina’s wanderings are dismally grey, with only a hint of color making through. The last shot adds a depressing yet haunting implication. 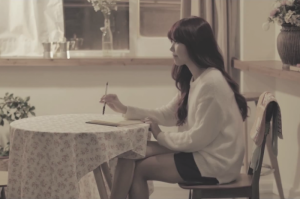 Earlier in the MV, Raina was seated at a table penning a letter. That’s no big deal, right? Probably just working out her feelings. As we see her wander and reminisce, the present day just gets deeper into the greyscale, eventually ending with her sipping tea at a shop they’d gone to. But that isn’t the end shot. Instead, it cuts back to the letter, eerily alone in an empty room. The implication of that shot is that Raina committed suicide, and that letter was her last goodbye. She wasn’t washed out because she’s sad, she’s washed out because she’s dead, unable to cope with her boyfriend leaving her. Like I said, it’s just an implication, and this is my personal interpretation, but I think it fits. It explains why the whole MV is just haunting.

“You End, And Me” is not a technically wonderful song, but it’s so well-executed that it becomes more than its parts. Raina sounds flawless, Kanto’s delivery is pitch-perfect, the lyrics are perfect, and the MV is beautiful. If this is indicative of Raina’s solo work, may she continue to release it.