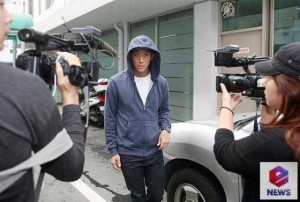 Most of the Korean public already knows of Cha No-ah and not for good reason. In August 2013, Cha No-ah allegedly sexually assaulted a minor. The female high school victim claimed that she was locked in a studio apartment by the perpetrator and was subsequently assaulted. Shortly after, Cha Seung-won posted an apology on his social media website

Before being the actor Cha Seung-won, as a father who wasn’t able to raise his son well, I apologize from the bottom of my heart. Aside from all of the facts, as a father with a son who has been hit with a controversy, I feel a sense of moral responsibility and I am unable to hold in my deep sadness. I bow my head and apologize once again.

However, charges against his son was eventually dropped due to lack of evidence and ‘clearing up of misunderstanding’ between the victim and Cha No-ah. To add fuel to the fire, this is not the first time Cha No-ah has been caught breaking the law, as he has been arrested before on multiple charges of smoking marijuana. Enough to say, most netizens flamed his son for dishonouring his father’s good name. Thus, when the recent truth was uncovered, most people gave Cha Seung-won respect for taking the heat for his son’s misdeeds back then.

After news of the lawsuit was publicized, YG entertainment released an official statement shortly after.

22 years ago, Cha Seung-won married and, at the time, became one family with the 3-year-old son born between his wife and her ex-husband. Cha Seung-won firmly believed in his heart that No-Ah was his son and, even now, does not regret his past choice. In addition, his heart is greatly aching due to how his family may get hurt from these reports, but no matter what hardships may follow, he will protect his family to the very end. 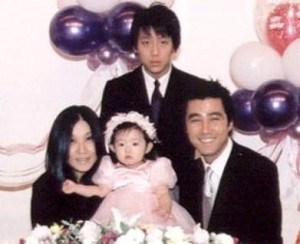 As a rather personal and touchy issue, it really isn’t the public’s prerogative to demand that Cha reveal any details of his family. Unfortunately, the controversy didn’t end there since his wife Lee Soo-jin wrote an essay back in 1999 which falsified Cha No-ah’s fatherhood. Titled Living a Life With a Younger Man, she had claimed that she met 18-year-old high school student Cha Seung-won, conceived their son, and then got married in 1989.  However, along with the revelation that Cha Seung-won is not the biological father, it was discovered that the two actually married in 1992 when Cha No-ah was three years old.

While it’s natural why she wanted to keep this personal information under wraps, some people are unhappy with the way she included such lies in an essay she planned to publish. Regarding this past essay, Cha Seung-won (once again) apologized about deceiving the public but explained that they did so in order to protect their son. He showed his fatherly side as he told the media, “I acknowledge that my wife and I said a small lie all in order to protect No-ah, and we apologize to everybody. I hope that the public will understand that we could not divulge everything at the time.  If the lie relating to No-ah becomes a problem, I will take full responsibility. I think that is what I am supposed to do as the father, Cha Seung-won, of Cha No-ah.”

Possibly the worst thing to come out of this case is that Cha No-ah only found out during the lawsuit about this birth secret. The shock must be relatively significant since he is now a twenty-five year old adult but had no clue about this up until now. Safe to say, his parents probably didn’t know how to balance keeping this secret from the public and their son. 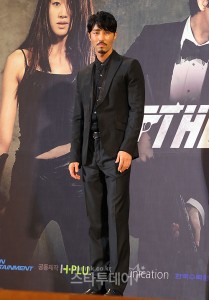 Although Mr. A eventually withdrew his lawsuit, claiming he had no intentions to cause harm to anyone, damage has already been done. The way that a family issue could have blown up to such proportions once again drives home the ridiculous lack of privacy celebrities suffer from. It’s literally a violation of personal space to have all your sensitive family issues display on the news sites for everyone to see. And although some fans feel lied to, Cha’s responsibility, at the end of the day, is still to his family and not to us. It’s completely understandable that he chose to put his family’s welfare before that of his fans, and he’s totally justified in shielding this piece of information, especially since even his own son was in the dark about it. The fact that people even nitpicked about the wife’s essay simply emphasizes the narrow-mindedness and possessive nature of fans.

May we look forward to the day that celebrities’ personal lives can stay personal. And I hope their familial relationship will not be affected by this.