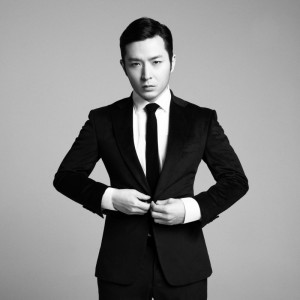 Ah, fall (or autumn if you prefer). The time of the year when temperatures drop, and Mother Nature begins her change. The season when wonderful smells begin to fill the air: pumpkin spice, apple cider, rain-soaked fallen leaves, candy. Sounds nice, right? Well, if you are Verbal Jint and Eddy Kim, it’s the time of year that reminds you of your ex. Autumn is apparently the time of year to relive painful memories.

The surprise from the track is how Eddy Kim seems to fit in so well with the R&B style. Eddy has made his name as the acoustic-indie artist from Mystic89, so to even hear he was featuring was a bit odd. However, despite having such a melodious voice, he also apparently has a bit of groove.

The combination of Verbal Jint and Eddy Kim is literally music to the ears. Both have smooth style, so they naturally blend in together. With Verbal Jint’s lower rap and Eddy’s higher singing, the harmony is quite wonderful during parts of the verses.

Verbal Jint’s rap also adds to the musicality. Even though he can be hard-hitting, he also has a bit of sing-song rap quality. So, despite this being a hip-hop/R&B track, “I Smell Autumn” is more subtle. It’s almost as if Verbal Jint is singing.

The instrumentation can be a bit overpowering in moments. The parts when the music is muted are good. However, when pronounced instruments are present, they conflict with the vocals. It makes you question what the focus really is: the music or the vocals. It’s not that the music is bad — because I do dig it — but using the muted style throughout would have added to the moving nature of the song.

The MV for “I Smell Autumn” initially left me scratching my head. Who is this random dude taking photos everywhere? And what’s with the suddenly appearing girl? But, after looking closely (and seeing the lyrics), it all makes sense. The MV essentially puts a spin on being in the right place at the wrong time. 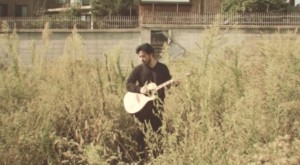 I’m specifically going to go with a step behind, due to the ending scene with Verbal Jint. A few seconds before, we see the man spot a broken ice cream cone on the ground and take a photo. In the end, we see Verbal Jint with the intact cone and then dropping it on the ground. It would be easy to conclude that the woman is visiting the same scene before the man does.

The MV also has an artistic quality. First, there is the vintage style production. Reminiscent of the old home videos people would play on projectors in people’s basements, it has little lines that run across the screen and a sepia fade-out. Second, the scenes are blurred. These techniques evoke the feeling that the MV is about memories. Just as the man is taking photos, the MV is capturing the memories of the man taking photos. It’s a circular concept in that manner.

Figuring out the video concept makes the connection with the lyrics. The track, as mentioned, is about how autumn smells remind the man about his lost love. Whenever autumn begins, he takes a trip down memory lane, each place holding a particular memory. Cold weather will do that to you.

Despite Verbal Jint telling himself that he’ll stay strong and no longer reminisce, autumn weakens his resolve. He finds himself subconsciously visiting places he had been with his ex. His heart is overpowering his head. 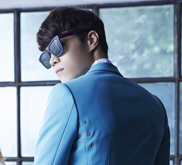 “I Smell Autumn” has a certain sadness to it lyrically. The uncontrollable urge to revisit our pasts, despite our desire to move on, is powerful and brings pain. However, what makes this song nice is that the sound of the song isn’t particularly sad. The song doesn’t contain the lamentable vocals of a heartbroken ballad. Perhaps it’s due to Eddy Kim’s sweet crooning or Verbal Jint’s sing-song rapping. Either way, the song doesn’t bring up any sad feelings, and that’s a good thing.

This is another solid song from Verbal Jint, and I wouldn’t expect anything less. Eddy Kim was a surprising but good choice as an addition to the track. “I Smell Autumn” makes for a nice introduction to the upcoming season.