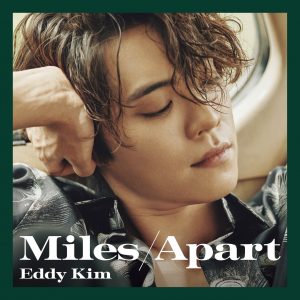 Singer-songwriter Eddy Kim is back with his first mini-album in over three years, Miles Apart. After a strong debut with 2014 mini-album The Manual and its 2015 follow-up album, Sing Sing Sing, Eddy’s releases have been few and far between. A mix of singles, OST songs and collaborations that have met with varying degrees of success. Miles Apart consolidates his last few years’ work with a 6-track EP, bringing together the sophisticated acoustic sound of his early days and the funk influences behind his more recent singles.

The album opens with the simple and understated “Last”, a relaxing acoustic song armed with a catchy repetitive hook. The song maintains a chillaxed vibe and moderate energy level throughout, making it a gentle and mature introduction to the album – pleasantly refreshing as many albums jump right into the deep end with energetic songs aimed at making an impact. In contrast, “Last” is here to soundtrack your Sunday morning, with tinkling pianos, crooning vocals and soft acoustic guitars. Helped by the memorable hook, “Last” is a solid opening track that’ll leave you humming long after it ends.

This transitions smoothly into the title track, “Trace”. A little more meloncholy, “Trace” laments the departure of a lover and the traces of herself she has left behind:

You drive me crazy

I can’t clean up the traces of our love

I loved you too much oh darling

I should’ve held onto you on the day you left

Oh no, should’ve held tightly onto you

Composed solely of a live band – clean electric guitars, bass, drums, keyboard – and vocals, the song is cosy and intimate, while simultaneously expressing the protagonist’s regret and longing. A worthy title track, its highlights are its numerous jazzy guitar riffs, excellently composed and arranged verses and the catchy falsetto chorus. While it doesn’t match up to previous title tracks like “The Manual” or “2 Years Apart”, “Trace” is nonetheless a well-written song that exudes Eddy’s unique style and which accurately represents the album as a whole.

The third track, “Shape of the Love”, is probably one of the weaker tracks on the album. The vocal hooks are reminiscent of those on “It’s Over”, one of Eddy’s earlier songs; however, it fails to be as catchy or memorable, especially with a beat that is ubiquitous among Korean RnB easy listening songs. Sandwiched between the emotional “Trace” and the funkier “Something Special”, “Shape of the Love” unfortunately leaves little to no impression. 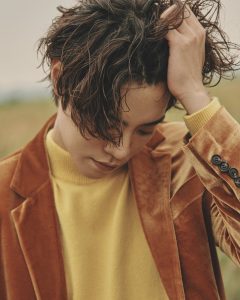 “Something Special”, on the other hand, is a welcome contrast, harkening back to Eddy’s groovier experiments on the album “Sing Sing Sing”, as well as his more recent singles such as “Paldangdam” and “Bet On Me”. With a head-bobbing half-time drum beat and jazzy guitars, “Something Special” raises the energy and mood of the album smoothly, whilst still keeping the overall vibe mature and subtle. All in all, it’s one of the better songs on the album, with a choppy and catchy vocal melody that makes you want to sing along and low-key yet funky instrumentation.

Eddy follows it up with the equally sultry “If I Have A Super Power”. Opening with a deceptively calm piano-based intro, it’s not long before Eddy brings in a live band who carve out a head-bobbing rhythm with smooth guitars, retro synths, a funky bass and even some brass. The backing vocals add a fun and lively element, making for a song that would fit right into a live jazz bar. Compared with “Something Special”, though, “If I Have A Super Power” is a little more “in your face”; as such, some might find the former easier listening, whilst others might find the latter more exciting. 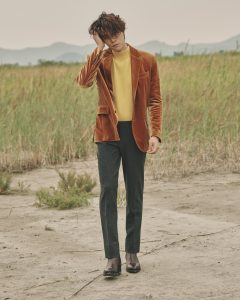 Finally, “Miles Apart” ends the album on a more subdued note, subtly ballad-influenced with a piano and strings, but keeping things moving in RnB fashion with a simple beat and lively bass. The chorus is striking, but the rest of the song is nothing too special, though by no means unlistenable. Like many of the songs on the album, it feels short; Eddy never repeats anything too often, always switching up chords and song structures so that no song overstays its welcome.

Overall, Miles Apart is a subtle and mature album, appropriate for an artist in his fourth year of music-making. It combines the cosy warmth and intimacy of The Manual with the ideas and experimentation of Sing Sing Sing, bringing them together with consistent instrumentation that borrows from both his acoustic roots and his more recent funk and groove influences. While there are no tracks that stood out in the same way “The Manual” stood out on his first album, Miles Apart is still a competent and enjoyable album that is unlikely to disappoint his fans. Excellently mixed and arranged, the album never assaults the ears, as many more pop-influenced songs do; Miles Apart would fit into your weekend morning playlist as well as it would your evening.