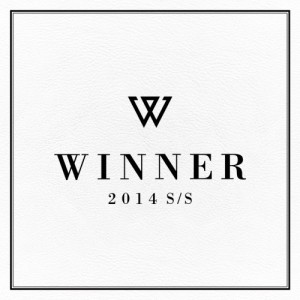 In the arms race between K-pop’s big three companies, the launch of a new boy band would be considered a major stage. With SM and JYP already off and running with Exo and Got7 respectively, we finally arrive at the final, anticipated debut as YG Entertainment unveils Winner.

It may feel as though Winner is at a disadvantage with its late start, but the group has been in the public eye for a considerable amount of time even before debut: first in the much disparaged show WIN, which gave Winner its name and right to debut as the first YG male group since Big Bang, and then in their pre-debut reality show Winner TV, documenting their adventures as they toured in Japan with Big Bang.

But while the group’s name was bandied about in headlines, only dedicated fans who followed their televisual journey and waited YG out for a debut date would be intimately familiar with the individual members. Leader Kang Seung-yoon would be the most well known member, starting with his fourth place finish on Superstar K2 and continuing with a role in sitcom Hick Kick 3 and solo singles “Wild and Young” and “Stealer.” Rapper Lee Seung-hoon is also a product of talent competitions, having made the top 10 on K-pop Star (and winning over Yang Goon himself).

Winner’s other rapper, Mino (Song Min-ho), almost ended up in Block B; he did end up debuting in 2011 with ballad group BoM, but joined YG after BoM’s agency closed down in 2013. Kim Jin-woo, the oldest member and the most senior trainee of the five, is considered the visual of the group, while his official position is vocal. And our final vocalist, maknae Nam Tae-hyun, has a tattoo that says “Jean-Michel Basquiet;” he’s kind of hardcore like that.

Despite the tattoos, Winner is not here to be the next Big Bang. The closest similarity, other than agency and member number, would be to new-school Big Bang; but even then, Winner has its own distinct style of music that is not exactly what you expect from a YG-created group. So, what is it that debut studio album 2014 S/S offers us?

We begin with the two title tracks: “Empty” and “Color Ring.” Each have their own distinct characteristics: for “Empty,” it would be the falsetto in the chorus and catchy rhyme scheme, while for “Color Ring,” it would be the prominence of the backing vocals and general sense of high drama. The differences between the two title tracks are there, and they are subtle — particularly the juxtaposition between the listlessness of “Empty” and the tension of “Color Ring” — but it does not feel like enough. For the general listening public to learn just who Winner is and what they are about, it would have made more sense to offer a greater variety in promoted singles, which is lacking with these two tracks.

It really is a shame, because the rest of the album shows us more sides of Winner than that afforded us by YG’s promotional strategy. “Don’t Flirt,” for example, is an upbeat reggae tune: not what you’d be expecting after a ballad double opening the album. “Don’t Flirt” is a silly, fun cheer of a song but also unexpectedly aggressive; the happy tune masks the anger over a cheating girlfriend.

Next up is the first of two solo tracks on the album. Mino brings the attitude with “I’m Him,” confidently declaring that “While Teletubbies take over the TV at your house/I’m the Pavarotti that makes the princesses sleepless.” While the references are Western, the music itself is decidedly Eastern, with Arabic reeds taking over the chorus as Mino chants “Yeah, I’m Him.”

The trap influences of “I’m Him” make way for a shower of synths with “Love Is a Lie.” This track sees the group in denial over a break up, conjuring up images of Winner partying away to forget that their romance has ended. It may sound a bit generic, but there are some pleasant little surprises: Seung-yoon’s lower register features in this track, a pleasant change from his usual higher range; and we also see Jin-woo momentarily move away from his breathy tone and push his voice to give a hardened sound. However, Tae-hyun and Seun-gyoon dominate in this track, the former embellishing the song with his sweet voice while the latter keeps it grounded.

The second solo is Tae-hyun’s, titled “Confession.” It’s a traditional ballad, with a piano starting the song off and strings coming in during the chorus. Tae-hyun’s voice has a softness to it that you won’t find in Seung-yoon’s, but it also has a strength that Jin-woo’s doesn’t quite have. “Confession” is appropriately restrained throughout, the sparse instrumentation preventing it from becoming melodramatic.

Xylophone high notes and quirky synths accent the guitar-driven “But,” a plea for an estranged girlfriend to come back. The track tinkles prettily, but beneath it Winner lashes out at the girlfriend:

You’re not loveable, even the way you talk is rough

Do you think there are other guys who will accept you besides me?

But this doesn’t last for long, as Winner starts inspecting its own actions and admits that “I’m doing you a favor by dating you, actually I’m the one who clings to you.” What began as a venting session soon becomes a confession, with Winner admitting its wrongs and begging the girlfriend to stay.

“Different” isn’t any, well, different from “But” lyrically. There is a lot of “woe is me” happening in the lyrics and dodging of taking responsibility for one’s actions with the refrain “I’m just different,” but I appreciate the more introspective, honest, and gentle qualities of the song. The instrumentation is kept minimal, allowing the members’ voices to shine. Even with the lazy fade-out ending, “Different” is one of the highlights of this album, as well as the fan favourite.

The last two tracks were both originally featured on Winner TV and WIN respectively, and appear here following some tweaking.  “Tonight,” a lament about missing an ex, was a highlight for Winner and song composer Tae-hyun when YG approved of it. The vocalists take over on this track, though Tae-hyun does sound a bit nasally in the chorus. I love the rap section, where the instrumentation is stripped down to just a piano before the percussion comes creeping back in. But the best is saved for last: just as Tae-hyun’s high note goes into a perfect falsetto, the saxophone starts up, and “Tonight” actually becomes a bit saxy.

“Smile Again” is an energetic finish to 2014 S/S, entreating us to let go of our sadness and be happy. There is a shift in sound from the rock-pop of the original to the electro-pop heard here, but this does allow Winner to add more variety to their discography. The synths also add to the song’s summery vibe, making it an even better fit for this album; and the group’s energy is still there, so I have no complaints.

The members, especially Mino, Seung-yoon, and Tae-hyun, were heavily involved in the creation of this album; both solo tracks were self-composed, and “Different” is the track with the least outside involvement (Airplay, PK, Choice37, and Teddy were also involved in production), likely making it the most representative track of Winner on this album. The external help hasn’t hurt the album, however, with even group B members lending a hand with “Empty.” In terms of sound, 2014 S/S balances variety and consistency to be a solid debut.

There are elements in the songs which are likely to become Winner’s calling cards, like the harmonising, falsettos, and use of guitar. They manage to work across the different songs on the album, and I hope to hear more in future releases. Something — or someone — else I would like to hear more of is Jin-woo. The “visual” label also marks him out as “talentless,” and it would seem so with how the other four members excel in their own roles. However, he is still a part of the group, and Winner should take on the challenge of utilising their oldest member better musically. Other groups like B1A4 and Shinee have been making progress in this regard, and I would like to see Winner doing the same as well, if not more.

There is room for improvement here, but overall Winner manages to make a positive impression with their first album and will hopefully continue to do so in the future.