WINNER Hang Up the Phone in "Color Ring" 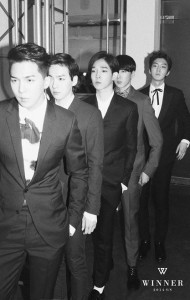 After releasing their first debut MV, “Empty,” WINNER follows up with “Color Ring.” Like its predecessor, “Color Ring” is a melancholic track. This time, they aim for more of a rock ballad sound.

Upon reading the title, my initial reaction was trying to figure out what in the world a color ring was. After reading the lyrics, I realized a “color ring” was another name for a “call back ring.” This realization makes the song all the more saddening – and explains why they were so brutal with their phones in the MV.

Before the advent of cell phones, if you called somebody, you would just hear a normal phone ring until someone answered. It was impersonal and created a distance. But, cell phones have changed all that. We can personalize the ring tone for when a particular person calls us. We can also personalize what people hear when they call – the color ring. With the new technology brings a new way to feel the loneliness of separation.

This is what “Color Ring” is about. You call someone you are no longer with, reaching out to them, and they don’t reach back. The constant ringing represents the stagnation of a state of sadness after a breakup. You call to block out the memories that come with loneliness, only to still feel alone.

For young rookies, Seungyoon, Mino, and Seunghoon showed some deep thoughts regarding loneliness in writing such lyrics.

“Color Ring” clearly has leader Seungyoon’s imprint on its composition. While listening, I was reminded of some of the rock ballads I listened to back in the 1990s. As mentioned farther below, Seungyoon’s basis is rock, and that’s what this track brings. The subtle guitar, prominent piano and sparse instrumentation would likely place this song in the alternative rock category. Yes, Mino and Seunghoon rap, but even those parts only marginally give off a hip-hop feel; and this is only due to the inclusion of a prominent beat line.

The continuing harmonizing throughout the song offers a little color as well. It’s rarely just one of them singing. During the first verse, Mino and Seunghoon combine vocal parts. In the pre-chorus and chorus, the backing harmony provides an almost choir feel. There is also harmonizing during the rap portions. The use of harmonizing shows off the vocal abilities and differences between the members.

Jinwoo‘s bridge is the only part that doesn’t use vocal layers (either by harmonizing or self-backing). This is a good effect, since it allows for a more subtle build up to the conclusion.

What “Empty” lacked in pigmentation, “Color Ring” compensates for. Although the palette is limited, the colors shown have more depth and are less affected by the camera work. 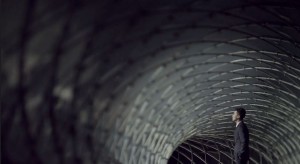 In the beginning of the MV, we see the guys letting go of the hand of an unknown woman, marking the end of a relationship. The scenes take place in a tunnel that looks similar to the clear jacket for optical fiber cable. If intentional, this is a good set choice, in that it ties into the phone concept, since optical fiber cables are often used in telecommunication.

Water and phones play a huge part in the MV. The MV starts and ends with rain; but that wasn’t enough water for the director. Taehyun is so distraught that he sits in a drawn bath fully clothed. It’s cheesy and ridiculous, but gets the point across. Seunghoon gets the worst of it, though: he’s subjected to immersion in a water tank. Perhaps the water – outside the scope of them actually crying – is representative of how deep their pain is; so deep, that their tears are like large pools of water.

The use of phones in the MV is vital for this song: it’s about a call back ringtone, after all. Throughout the MV, we see their cell phones going through a lot of turmoil. They get thrown around, dropped on a drainage grate, dumped in the water tank, and left out in the rain. It almost feels like a cell phone commercial. I am a bit surprised nobody threw their phone into the river. 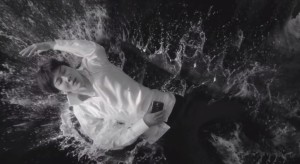 Of course, in the end, the girl picks up the telephone and calls back. However, just as the girl reaches back, the guy says goodbye. The ending, coupled with a song, almost feels like a life lesson: if you wait too long, the one who was reaching out will cut the line and no longer be there when you need them.

Like the Taehyun example above, there are some clichéd and cheesy moments in the MV. We have the requisite running alone in the street. There are the pained, longing looks while being all alone. And, probably the most clichéd scene of all: singing in the rain. This is likely required for all sad songs.

Additionally, with the group scenes, we can now see clearly that the boys can lip-sync well. Many wondered about how bad they were in “Empty,” but it seems that was just an illusion.

Nobody should be truly surprised by this. Yes, Mino is a rapper with underground ties – he’s a member of the Royal Class Crew and was originally supposed to debut with Block B. But, people forget his debut was with a ballad group, BoM. Also, Seungyoon’s solo debut had him playing rock music. They aren’t exactly known purveyors of dance music.

Some may be a bit underwhelmed by WINNER’s title tracks. It is summer and YG Entertainment is known for great club busters from its groups. However, they is a very smart move by YGE. After being plagued by comparisons to their seniors Big Bang, the choice of a track like “Color Ring” is WINNER’s effort to create separation.

WINNER’s choice of title tracks are just furtherance of that uniqueness of the group. “Color Ring” does a good job at giving us a good idea of the direction they will take.