And the WINNER is... 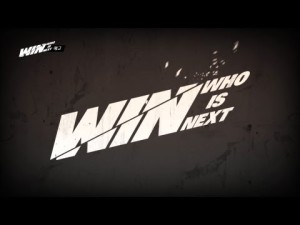 Honestly, was anyone surprised that Team A came out as the victors?

While yes, Team B was obviously the favorites of CEO Yang himself, this competition was all about the public’s choice. Whenever a competition is set with that kind of premise, it’s always going to be the team with the most recognition that gets the prize. And in this case, no matter who won the monthly evaluations that had no bearing in the score whatsoever, Team A was going to win it.

Without getting into the talent that Team A does have, they had three people that ensured they were going to win. The first is Kang Seung-yoon of Superstar K2 fame. He also made a solo debut earlier this year with three singles – “It Rains” which went into a tug-of-war with Infinite’s “Destiny” to top the charts, “Wild and Young” which he promoted on stage and “Stealer.” The second person that insured their victory is Lee Seung-hoon of Kpop Star fame. Even though he did not promote as a solo artist like Kang Seung-yoon, he was in the top 4 and obviously had a lot of fans.

The third person is not often talked about when it comes to their popularity. On the show, it was pointed out several times that Seung-yoon and Seung-hoon would be the people pulling in the votes that most probably forgot all about Song Min-ho aka Mino. Not only was he active in the underground rap scene but also debuted probably before YG even got this crazy idea of a competition. He’s notably known as the rapper son of Block B’s Zico and Kyung and was part of the maknae line of Block B prior to their debut. For reasons unknown, he was pulled out but he later made his debut in the group B.O.M, a group that later disbanded after failing to achieve any form of success. Despite this, Mino has a large web of connections due to his underground days and this could easily be seen when, just after the announcement, there was a barrage of congratulations on Twitter and Cyworld from Block B’s Zico, Kyung and P.O, Phantom’s Hanhae, i11even, Speed’s Taewoon and M.I.B’s Sims just to name a few. 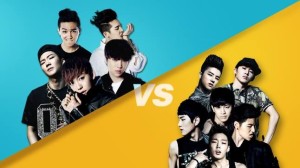 Going into the talent that Team A has, I would say that this was the team that was ready to debut. While Team B consistently put our polished and refined performances, they haven’t had the same experience as their hyungs. Team A has members that have been training the longest but had the fear of getting eliminated every month (Jin-woo), members that have been on survivor shows and cut just steps before achieving their dream (Seung-hoon and Seung-yoon) and a member that has been through the whole process of gearing up for a debut, then not debuting, then debuting again just to achieve no success (Mino). It’s not only this, they repeatedly have tasted defeat due to their dongsaengs all around likeability and happiness.

They know what it feels to be defeated and be repeatedly told that they do not have the right feel, that it feels forced and they are not doing it right. And only that kind of experience would have given the right mindset and emotions to write “Smile Again.” And then on Team B, at the same round, “Winnin” was just not cutting it. As JYP eloquently put it, it sounded like every other American song out there without a taste of what Team B is. True, “Climax” and their version of “Just Another Boy” were improvements, but so was Team A’s version of “Just Another Boy” and “Go Up.”

Aside from this talent of composing, there was a certain distinctness in Team A that was not in Team B. This is possibly because while Team B are definitely the better dancers, Team A has the vocal chops to tear into a persons heart and grab their attention. Nam Tae-hyun sounds so different from Seung-yoon and between these two powerful voices, we have the soft, trained voice of Jin-woo to balance the song out. We have a high tone rap and a low tone rap from Mino and Seung-hoon and both have their own rap styles. Meanwhile, Team B’s vocalists all could sing quite nicely, but in the end, they sound almost the same with exception of Jin-hwan. 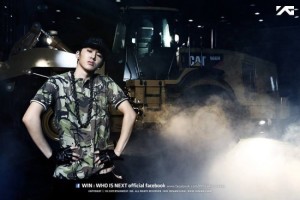 In the end, I think it was not just popularity that put Team A on top, it was also the lack of experience from Team B. While both groups were driven and passionate, Team A had just a little bit more thirst to win because of their ages. If they don’t debut now, then the chance would most likely by gone for them. Meanwhile, Team B is still young and has time to undergo further training in YG. With this experience with them, in a couple of years time, maybe we will see Team B again. Because if there’s one thing that’s for sure, Team B’s Hanbin or B.I, Jin-hwan and Bobby will not be let go by Yang Hyun-suk. Those three are too talented to be let go of, the core of their team, and in a couple of years, hopefully we will see an improved version of the team.

Honestly, I thought the reason YG looked so on the verge of tears was because he had to see Team B go back to the training rooms. He was so biased on Team B during the show that I think a part of him wanted Team B to debut since they are kids that are all about the hip-hop swag YG is about these days while Team A seems more suited to the YG that was back in the day before they went all electronic and…swag.

At the end of the day, Team B put out such quality performances that I  almost wish that YG would release a special YG WIN: The Songs mini-album with studio versions of every performance of Team A and Team B, self-compositions and all because Team B’s version of “One of a Kind” is all sorts of magical.

So while we may be saying good bye to Team B for the time being, let’s welcome Team A as YG’s newest group, WINNER.

Damn, I had hoped someone had talked YG into changing the name.