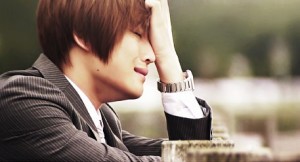 It can be a lonely world out there, especially when you have a hobby – or obsession – like K-pop. For those of you not living in a big city, such as Los Angeles or New York, you may be the only K-pop fan in your class, school, neighborhood, or even town. When K-pop takes over your life, as it has a tendency to do, you will be feeling many new things and have no one to talk to it about. This leads many of us to seek out others who share our K-pop habit on the internet, but sometimes the internet isn’t enough –blasphemy, I know.

Sharing your feelings for your bias on Tumblr is gratifying up to a point, but it isn’t the same as having a real, live person to discuss your favorite group’s comeback with. Once you’ve discovered K-pop and gotten involved deeply enough to have favorite groups and a bias you may want to share your new passion with others. This is natural, because who wouldn’t want to share something so awesome with their friends? The problem is that K-pop isn’t for everyone, and this can be a harsh reality to face.

Barring the possibility that it was a friend that introduced you to K-pop in the first place, you will have to extend your K-pop love out to others if you want to have someone to fangirl/boy with. This may seem like an easy feat, just play your favorite K-pop song for a friend and voila! Sadly, the reality is often laden with judgment and skepticism. By following this quick guide you can hopefully minimize your failures and maximize your K-pop friend group.

First, choose a friend you feel may have a predisposition to liking K-pop; perhaps someone who is already fond of your country’s pop music, unique styles of clothing, or, even better, J-pop or C-pop. Knowing your friend really well is a key factor in this process. If you don’t know their likes and dislikes, etc., it will be much harder to navigate through the process of introducing them to K-pop. Things to consider include their music genre preferences, their ideal type in everyday life, whether they like dancing, and their fashion sense. Knowing these things will help you choose what group to introduce them to first.

If your friend prefers hip-hop, or R&B, go in that direction with something like “Bad Boy” by Big Bang, or if they prefer an electronic dance feel, “Everybody” by SHINee could be a good choice, and if they have a slightly goth flair, you can try “Hyde” by VIXX. It is best to avoid aegyo concepts at first, as this is highly specific to K-pop and may come off as too over-the-top cutesy to people unfamiliar with Korean pop culture. Choose something that sounds as similar to music they already like at first then ease them into the wide world of K-pop sounds slowly as they become accustomed to it. 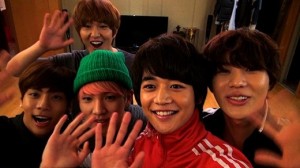 Once you’ve chosen a song, decide whether you want to show them the music video along with it or not. This can be a crucial choice because some songs are catchy on their own but have MVs that are too weird for the average audience. Likewise, there are some songs that don’t feel complete without the MV, and it also kills two birds with one stone if you do include the MV because they will be introduced to not only the music, but also the visuals of K-pop.

After you’ve chosen a friend and a song/MV, you have to show it to them without freaking out yourself the entire time. This is the second step and it isn’t an easy one. Because you love K-pop, you want others to love K-pop, which is great, but at first it is best to let them come to their own conclusion while watching an MV. Even if your ultimate bias is in the MV, even if the song is your absolute favorite jam, try not to let your feelings bubble up and explode until after they have given you their conclusion. If they like the song, awesome! Let your feelings out a little bit, share your favorite part of the MV or vocals, but if they don’t like it, you haven’t made yourself feel awkward because you haven’t already told them how much you love it beforehand.

Let’s say they like the song; you can then move on to other songs by the same group and see if your friend likes those as well. If you jump all over the place, switching groups constantly, they may become confused and see it all as a blur instead of having a lasting impression of any one part of K-pop. If they liked the SNSD song you played for them, play some more SNSD and let them ask you questions as you watch the MVs together.

You can prompt them gently; “who do you think is the most attractive?” is always a good question to get them to start paying attention to specific members. As time goes on, prompting will become less necessary because they will inevitably be curious and have their own questions; such as, why do guys wear so much makeup, and why do girls keep saying the word “oppa?” 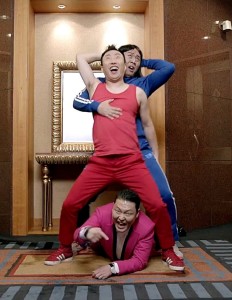 If you are having trouble finding a song you think will fit your friend’s personality, you can always go straight for an all-kill and simply choose the catchiest song you can think of. “Gee” by SNSD is almost guaranteed to get stuck in someone’s head, whether they like it or not. “Fantastic Baby” by Big Bang is also a good choice for catchiness and it also catches people visually. If all else fails, start with “Bar Bar Bar” by Crayon Pop and “Gangnam Style” by PSY because at least they may be familiar with those. It really only takes one super catchy K-pop song to get someone curious enough to investigate the genre, you just have to find the right one.

Getting a new friend interested in K-pop music can be very gratifying and can create a form of companionship you may have been lacking. However, getting them interested in the music is barely a scratch on the surface of what being a K-pop fan means, and the process of introducing people to the fandom culture is much more delicate. Luckily, favorite groups and biases often come naturally given enough exposure to the genre so you shouldn’t have to do much other than provide the opportunity for K-pop exposure. Most importantly, have fun sharing your K-pop love! 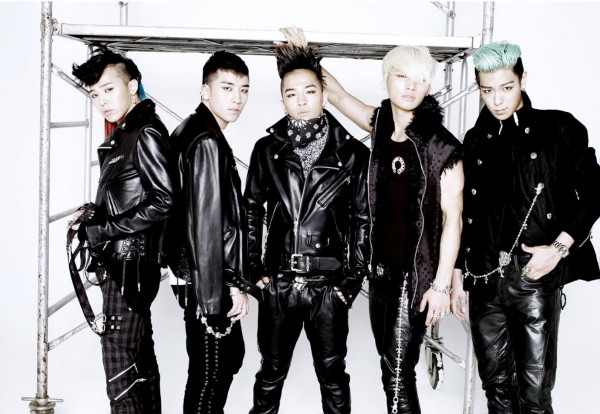