Meghan Trainor and "The King's Face:" A Tale of Two Plagiarism Stories 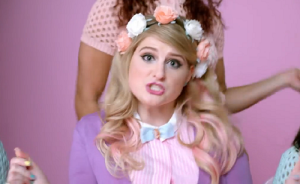 Plagiarism in the Korean media industry has reared its head again in two different cases recently. One involves music and is an international allegation while the other deals with a movie versus a television show that is utilizing the same subject matter.

In the first situation, Meghan Trainor’s song “All About That Bass” has come under fire for its similarities to Koyote’s 2006 track “Happy Mode.” In the second matter, Jupiter Films has started legal action against KBS claiming the TV series The King’s Face, which has yet to be released, is infringing on their 2013 movie The Face Reader.

Copyright claims can be at times outrageous as the K-pop watchdog netizens persecute any artist whose song shares any two notes with their idol. However, these two cases are intriguing because of the shifting attitude towards copyright infringement from the producer of “Happy Mode,” and the supporting evidence the film production company’s legal team has alleged. Could these be another instance of making a mountain out of a molehill or is there any base for sounding the treble in this case?

Copyright infringement in music is difficult to clearly prove because similar sounding melodies are not a blatant a copy of the ‘original’ song. There are cases in the past where K-pop has been accused as the perpetrator (like Lee Hyori), and there are certainly cases where K-pop artists have been ‘generously borrowed’ from (see: La Materialista and Andrea Bucaram). What makes some of these incidents intriguing is how the fandom has responded, especially online. The entertainment companies may at first be unaware of the infringement, but give the internet some time and soon comparison proof videos coupled with nasty social media attacks will surely draw the attention of the higher ups.

I suppose the problem with depending on netizens is that they are likely to blow up instances where there is even the tiniest hint of similarity among two songs. Take Amuro Namie’s song “Sit! Stay! Wait! Down!” as an example. It was accused of plagiarism by media and netizens alike for sounding similar to G-Dragon’s “Heartbreaker.” That case was a stretch from the get go and with G-Dragon’s song having its own accusations of borrowing from a Flo-Rida song, it never found any substantial footing. There have been many other cases of netizens drudging up accusations open for the listener to judge, but most times those cases have been devoid of any real grounds for further legal action.

This time around, the Meghan Trainor accusation seems to be moving towards more legal action. Like prior copyright cases, the allegations started up after a netizen’s careful ear caught a familiar melody. Comparing “Happy Mode” to “All About That Bass” in a video, the news of borrowing melodies caught the attention of the composer of “Happy Mode.” Joo Young-hoon. His initial Twitter response dwindled it down to mere coincidence. Since then, “All About That Bass” has climbed near the peak of the Billboard Hot 100 Chart, and the songwriter Joo Young-hoon has been in talks with pursuing further action in regards to intellectual property violations.

I am on the fence about this particular case. It is a wonder if there would have been any further action if the Meghan Trainor song had been a flop. Even the initial reactions by the songwriter seemed to point to hesitance about any outright violations of his original work. On the other hand, if you do listen to the first minute of both songs, there is an uncanny similarity.

This instance of possible infringement would certainly have to prove that the producers of “All About That Bass” had heard Koyote’s song before, and at the very least would have to prove that “All About That Bass” shares enough similarities that the song couldn’t have chanced upon the melody. Since then. there has also been another video alleging that both of these songs share similar elements to an even older song – Phish’s “Contact.” Coincidence or infringement? 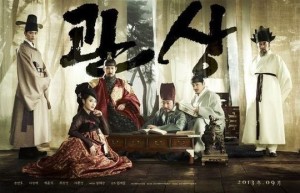 In The Face Reader circumstance, the legal battle seems to be even murkier. As the original script was created to be readily modified into a book, movie, and TV show, the original work seems to be able to hold some merit in claiming it has a right to that property. Also, the legal representative of Jupiter Films, Kangho, has claimed that KBS and Jupiter Films have previously met to talk about the production of a TV version of The Face Reader, adding more ammunition to the basis that there was possible infringement.

While this incident has yet to produce more details on the KBS side, there does appear to be a fair amount of support justifying a legal claim. If the allegations of prior meetings are true, KBS will likely have to prove that their work is not derivative of the original Face Reader script and show that there is a historical usage of physiognomy that may fall under fair use.

Copyright is something that comes up time and again. Sometimes, these revelations end up being overreactions, but in these two instances, there seems to a lot more going on underneath the surface. While it is up to the legal teams of each accusatory group to prove their case, it does not stop the rest of us from providing our opinions on the matter.

Did “All About That Bass” borrow directly from “Happy Mode?” Is The King’s Face in jeopardy for its alleged infringement? What are your thoughts about Copyright in Korean Entertainment? 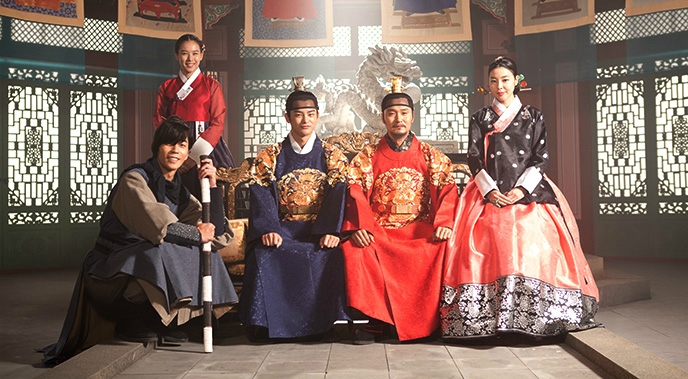 The King’s Face, Episodes 1-2: Gwanghae and His Possible Posse

…And How Variety Shows Are Ruining Idols