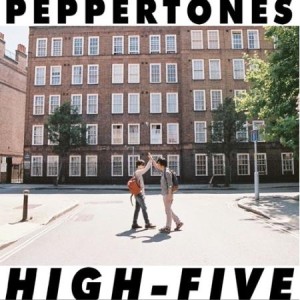 The summer is winding down, and with it the music we listen to is starting to become cooler, less about energy and more about days spent taking in the earthy crispness of the world around us. However, before we officially bid summer adieu, the Peppertones delights us with an eclectic mix of indie rock, folk, a bit of soft punk, ska, and some good ol’-fashioned rock and roll with their latest offering High Five.

Known for their delightful melodies and explosive energy, the Peppertones has given fans a range of music that’s both diverse and incredibly well-rendered. They’ve also offered their composing talents to artists like Park Ji-yoon for her most recent single, the summery “Yoo Hoo.” But, as with most spectacular talents, they’ve managed to save the best of their work for themselves. High Five is testament to that, being both rich in composition and full of kinetic excitement.

Opening track “Good Morning, Sandwich Man” tells a simple story about what lies behind the eyes of an ordinary sandwich man. “Rush hour in Seoul’s streets. The next station is Yeoksam, yoo hoo. Every morning the sandwich man, I flash him a blank look.” It’s almost as if the writer has concocted this life for the man who waits outside the station, selling his sandwiches. We’ve all done it — created imaginary tales for the people who pass us by every day.

The song itself is a roller-coaster ride of sound. It’s almost like an alarm call, waking us up to the new day. We get a countdown and almost instantly are bombarded with an explosion of music. This, of course, is the hallmark of the Peppertones sound: high energy, raucous drums and expressive guitars. It’s a grand way to start an album that doesn’t relent from start to finish.

“Solar System Super Stars” gives us a bit of a change of pace, if only in composition. It’s a song reminiscent of the rock and roll of such legends as YB Band, a sound that takes the listener back to a time when guitar and drum were married to a melody and created something both carefree and explosive. Lyrically, it follows that same idea — going back to a time of simple rock and roll, waiting in line for a ticket, for the show to start, a chance to meet the interstellar legends that you worshipped: “The long wait ends. Now legendary showtime starts.”

“Campus Couple” is one of those songs that’s so adorable you can’t help but fall in love with it. Featuring the vocals of indie rock duo Okdal, the song is light and playful. It evokes images of a goofy couple walking hand in hand, admiring everything around them, basking in romance and silliness: “Sing forever campus couple. Laugh out loud fully.”

This carefree cuteness segues perfectly into track “I Don’t Know.” The song borrows much from the electropop that has also become a staple of the Peppertones sound. It’s a bit of ’80s electropop that’s equal parts quirky, smart, and complex, a combination few tend to get right.

Next track “Youth” lives up to its namesake in composition and tone. There’s a bit of light ska, mostly “California pop” that gives off the essence of — what else — youth: “The ragged and poor heart still hovering after laughing away tears as big as me.” It’s a beautiful track that soothes as much as it stimulates, gets one ready for the day and any adventure that may lay ahead. This is just the type of song that transcends any sort of language barrier. Listeners simply need to close their eyes and feel the sun radiating on them, smell the salty crispness of the beach as they soak in the sunshine and cool mist from the ocean spray that blooms with each wave. 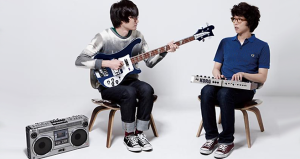 The ease and luxury that comes with youth is followed by a twining bit of soft pop-rock in track “Blows Skirt.” It’s a sweet piece of lo-fi that speaks of the flirtatiousness of nature, how the breeze blows and raises up a girl’s red skirt, and the sun appears to wink with the rolling clouds at the little show of leg. The metaphor of the day itself symbolizing our lovesick protagonist is clever, an instance in which lyric and music match in hue and intent.

Then a bit of feedback is all we get before we’re blasted from our comfortable reverie. “POWERRAMP!!” is more or less an interlude from all the softness we’ve been lulled into. This little piece of punk acts as a somewhat adverse palette cleanser. We’re awakened with rough guitars and ballistic drums. Then after one minute we’re slowly brought back down with a fading ska chord. It’s actually quite an interesting way to reintroduce us to the high energy the album began with.

That’s what “New Chance” accomplishes. It returns us to the fun and frolic of the album’s first three or four songs. With just as much sunrise as anything else the Peppertones has offered us thus far, “New Chance” is actually an incredibly apt title for this song. At the end of summer, we get a bit of spring with a track that’s about taking life by its ends and swinging it around. After all, “this moment will not come back twice.” They implore us to “risk it all” and “always speak your mind.” It’s a fantastic track with an equally fantastic message, one that seems to pervade the album, if not in message at least in tone.

“FAST” gives us more of that surprising pop-rock with a ’90s flair. Following “New Chance,” we get the sense the band is imploring us to reach for our dreams. We’ve been given a second chance at this thing called life. Now we have to chase it for all it’s worth and not be afraid to run out of breath a little bit while doing so.

“Bento” is a sweet song about reminiscence, no doubt on a simpler time when one could just sit in the park with a lunchbox and enjoy the day for what it is: “Always rising, eyes closed, footsteps of my happiness.” It has hints of ’60s folk by way of Tim Buckley, little compositional kisses that speak to an inherent influential pull from the likes of Buckley and other prophets of inner peace from that era where everyone was just trying to stay in touch with their innocence.

The rise and fall of the album is so well-preserved, it’s almost as if every aspect of the album from composition to track placement were planned years in advance. We get another chance to catch our breaths after running so hard after our own ambitions. “Why” allows us another moment of reflection. Unlike its counterpart “Bento,” “Why” looks inside at who we’ve become over the years, what’s changed as we’ve transitioned from the knob-kneed innocence of sitting on the playground with our lunchboxes to the hustle of adulthood: “Wandered around for a long time. What do I miss? The end of a long summer, which was reluctant. Autumn wind blowing. Now, suddenly turned around and I get to know All things.” 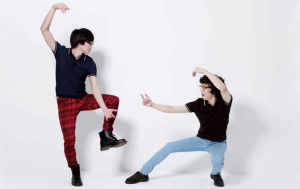 “Thank You” seems to be a means to show gratitude to life in and of itself, to show appreciation for the time that’s passed and is sure to come, where each new day is a new adventure: “To be able to do with the sun shine Laughing out loud. Put down all. Even an inch in front of darkness, somewhere in the distant road, cherished treasure to be able to meet you.” It’s a simple song, something indicative of wanting to give thanks without the frills of grandiose composition.

The Peppertones gives us a peek into more musical influences with “Big Harvest.” With a composition reminiscent of Brian Wilson (of Beach Boys fame) or even a bit of Pink Floyd in terms of composition (“Goodbye Blue Sky”), “Big Harvest” is easy, mellow, most certainly with a distinct harmonious center that aids in painting the perfect picture of contentment: “Look and listen. This time is tranquility.” It’s one of the album’s most beautiful pieces composition-wise, gloriously calm and serene. “Big Harvest” is a perfect way to end the album and an even more beautiful expansion of the penultimate track before it.

“Credits” is just as its title suggests: a delightful way to say thank you to everyone who had a hand in creating the album, from the musicians to the engineers who worked just as hard. With the last notes of the album simmering in our ears, one can’t help but feel a sense of … perhaps closure is what it is. High Five is most definitely a complete album — completely spirited, completely beautiful. Shin Jae-pyung and Lee Jang-won have an ear for glorious music that transcends the notes. Not bad for a couple of computer science majors. 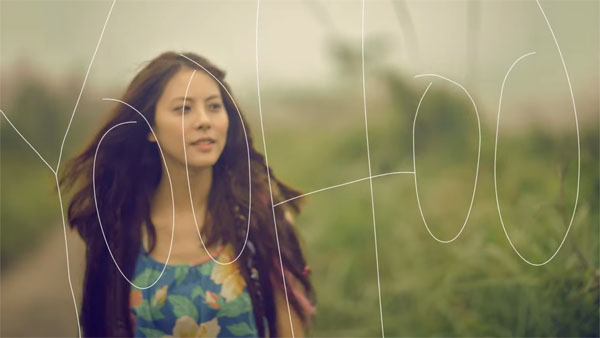