Psy to Bring K-pop Back to American Late Night TV 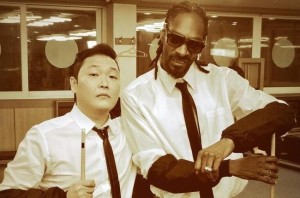 It seems like the word on Psy’s pending comeback has been out for a while now, with no final product in sight. But it looks like that’s all about to change in a big way. Psy will be appearing with Snoop Dogg (or Lion, if you prefer) on Jimmy Kimmel Live! in June, as the show brings back its Jimmy Kimmel: Game Night program starting on June 5.

Jimmy Kimmel: Game Night will run concurrently with the NBA finals, and Psy will be on at some point before the special ends with the last game. While Psy is slated to appear at some point during the special episodes, no specific date for his guest spot has been mentioned.

It is expected, however, that Psy will at least preview his new single “Hangover” ahead of his Korean comeback. Psy had been working on this since his promotions for “Gentleman” wrapped last year. And while he’s expressed his regrets on making this song the follow-up release to “Gangnam Style,” he’s forged on with the eagerness to create another tune that might capture international attention once more. 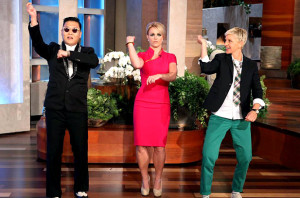 Korean idols’ appearances on American television have been few and far between. The last big appearance of a K-pop artist on U.S. television  — outside of Psy, of course — was from Girls’ Generation, on Late Night With David Letterman and Live with Regis and Kelly. The girls flirted noncommittally with promoting “The Boys” stateside in 2012.

Altogether, these appearances haven’t amounted to many long term impacts, but they’ve generated a lot of buzz on K-pop and its potential entry into the U.S. market. Surely, Psy’s appearance is expected to do the same, especially if he’s teasing new material.

Psy has definitely led the way, with aggressive campaigns (for K-pop) in the States. Given the success of “Gangnam Style,” his efforts have been justifiable because they’ve pointed towards potential returns in investment. In addition to his appearance on Jimmy Kimmel Live!, Psy was on a host of other programs in 2012 and 2013.

Psy has been out of the spotlight for a while, and in this time, people may have tired of his musical efforts. On Seoulbeats, we’ve also discussed the cons of Psy’s overnight international success. All thing considered, his reputation as a viral music video sensation guarantees that some people will at least be paying attention.

Will you be tuning in to see Psy this month?