Vixx's "Eternity" is Short and Sweet 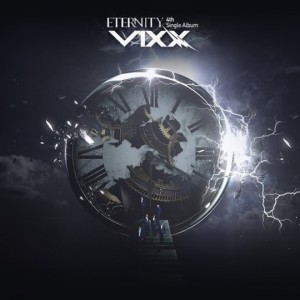 After weeks of anticipation, Vixx has finally released their single album Eternity and though short, it’s both classic Vixx and a look to the future. Containing three original tracks and an instrumental version of the title track, Eternity provides a brief taste of Vixx before their upcoming Japanese album debut.

Vixx is known for their dark, supernatural concepts but with each comeback, it’s evidently become harder for them to go with styles that are both new and satisfying. Luckily, Vixx usually manages to deliver.

This time, their concept involves time and … not much else? There aren’t many ways to add a performance aspect to such a concept, and especially for newcomers to Vixx’s brand of music, the group’s delivery may come off as generic and unimaginative.

This understanding can be applied to the album as well. While Starlight will enjoy Eternity, others are likely to be less impressed. Eternity is good but it lacks the standout quality of the group’s previous releases.

The first song and title track of the album, “Eternity,” is the highlight of the EP. It blends Vixx’s distinct sound into a high energy EDM-infused song. The pulsing background beat creates anticipation for a danceable chorus and “Eternity” doesn’t disappoint. 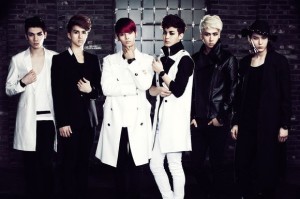 “Eternity” follows a structure that’s reminiscent of Vixx’s previous title tracks. There’s an introduction by Ravi and then a first verse with a brief chorus, followed by another verse and a longer chorus. This sets up the transition for Ravi’s rap and the inevitable high note from Leo.

The formula clearly works for Vixx; it manages to produce catchy lines that stay in your head.

While Ravi’s raps have improved, it’s Hyuk who steals the show as his brief part has answered Starlight’s calls for more lines for him. His voice has matured and he fits right in with the tone of Vixx.

Second on the album is “Sad Ending,” an uptempo track with a hint of funk. In contrast to its upbeat nature, the lyrics are quite sad, echoing the title of the track.

I shouldn’t have dared to dream of you in the first place
In the end, we’re in a sad ending of a cruel fairy tale
In my head, I try to protect you but I keep chasing after you for days
I’m afraid of myself reflected in your fear-filled eyes

The song itself is fun, albeit generic. It could have easily been a filler song on Voodoo. However, it still has its charm and fans of “What To Do” and “B.O.D.Y.” will enjoy it.

Lastly, there’s the aptly named “Love, LaLaLa.” It’s a relaxing song with a stark contrast to the angsty lyrics of “Eternity” and “Sad Ending.”

The mellow guitar along with the clapping and horns creates a laid back vibe, bringing the listener and their loved one to a dream tropical island. Vixx puts out a small number of these typical love songs yet they always succeed when they do so. Perhaps, it’s because these sweet love songs tend to stand out next to their darker, emotional songs.

Eternity is an average single album that seems to cater toward an audience that’s not used to Vixx’s darker concepts. Their ‘earthlier’ concept is a welcome change but I personally prefer their supernatural renditions. Songwise, “Eternity” is good, especially for fans of EDM, but it doesn’t stand out from the current slew of K-pop. “Sad Ending” is catchy but feels generic while “Love, La La La” is pure fluff. It’s not a bad thing but I expected more.

However, as Jellyfish is preparing for Vixx’s upcoming Japanese album, it makes sense that this isn’t their best work. Still, Eternity as a single album is enjoyable and just what the doctor prescribed to sate my Vixx needs.

Did you enjoy the album? What was your favorite song?