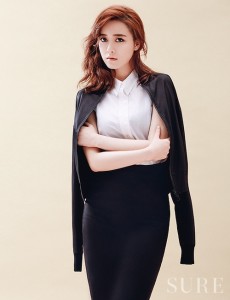 So we’re four months into the year now, and quite a lot has happened in K-pop this year so far, hasn’t it?

We’ve got a bajillion SNSD dating outings and just general celebrity relationship reveals, which a lot of people have been murmuring are because the government wants to cover up the not-so-nice political scandals.

We’ve also had a lot of comebacks and debuts, and the dramas, the K-dramas — oh, the K-drama — have been quite entertaining lately too. So overall it’s been a pretty eventful year in K-pop so far and we just started April.

What has shocked you so far? What have you enjoyed? What have you been disappointed by? Will 2014 be a big year for K-pop, based on what we’ve seen already?

We’ll also be having a roundtable this week about the boyband comebacks for April, so look forward to that.

Enjoy the rest of your Sunday!