Eddy Kim Provides "The Manual" to a Perfect Debut 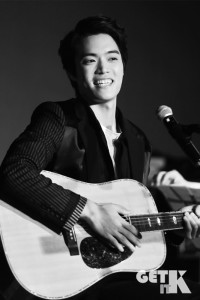 Sometimes an album doesn’t need grandiose words of introduction or clever quips about the artist’s journey to the point of the album’s actual production and release. Sometimes all one need do is introduce the album and get into the work of dissecting the piece for what it is. Mystic89’s newest artist Eddy Kim’s debut mini The Manual is such an album. It’s fresh and sweet and hits all the right notes just in time for spring romance.

The album starts off by displaying Eddy Kim’s brilliant ability to tell a story. Lead single “2 Years Apart” is the tale of a man who’s been off to fulfil his military duties (hence the title). He’s lamenting (and writing to) a woman who he desperately wants to be his girlfriend, expressing a deep yearning to be discharged, because he can’t wait to be with the woman he’s left behind. He acknowledges that she’ll date other men and that men will be interested in her, but he implores her to wait for him until he can finally come back: “I can’t take it. I want to get discharged from the army and date you. I try to get you to fall for me every time I get a break. Wait for me; you can date other guys during that time. But I love you 24 hours a day.” The composition is simple, the vocal arrangement sweet. It’s most definitely a gorgeous song to introduce the talented troubadour.

“Push & Pull” is equally sweet and just as cleverly composed lyrically. Borrowing from Justin Timberlake’s song-turned McDonald’s jingle “I’m Lovin’ It” for the hook, Eddy proclaims, “Like a hot hamburger, you make my heart race, you’re my fast food.” It seems the perfect way to express how a woman is bad for him, but he can’t get enough of her (much like the processed patties people force down their gullets, yes?). He talks about a woman who in the same breath that she gives him hope for some sort of future between them, she teases him: “It doesn’t work out again today, you act like we’re gonna meet up soon. But when I try to make plans, you say, oppa see you later.” Belying the actual content of the song, the track is a lovely celebration of sound and composition. His voice and the harmonies used meld perfectly with the surrounding jubilation of the instrumentation.

“Slow Dance” is a sassy little song. In fact, it’s become one in an onslaught of songs KBS has deemed inappropriate for broadcast based on its content. However, it wasn’t for lyrics like “because you’re sexy” or the implications of the song’s refrain, asking simply “shall we slow dance.” Apparently the mention of vodka brand Grey Goose was enough to land the song about a couple enjoying each other’s company with a bit of sway and kiss on the list of songs considered too risqué. Controversy aside, the song is actually quite fun, catchy, and has a simple groove that makes it just perfect for, well, sipping a glass of Grey Goose vodka.

Title track “The Manual” is actually so perfect it’s hard to know where to start. From the simple composition—just Eddy and his guitar—to the lyrical content, it’s actually one of the sincerest love songs I’ve ever heard. It essentially maps out the perfect way to spend a day with your lover. Starting in the morning “give a warm hug in a soft and romantic way,” “wake up early, turning on jazz, gentle kiss.” Then when you two are tired, bring two bottles of soju and knock on her door earnestly without pretense. Keep the day fun, “sometimes leave with her without any plan,” “sometimes kiss her wildly.” He advises, “When you walk her home, walk her home slowly. Tell her you love her in a gentle voice.” As the day winds down and you’re both headed for bed, “tell her in a soft voice, ‘I’m so thankful once a day, every day.’”

Truly, it’s a perfect song and a perfect piece of lyrical scenery Eddy paints for listeners. And his voice! His voice is the definition of hypnotic. It soothes just as sure as it seduces, yet it’s so simple, without too many flourishes or relying on overexaggerated melisma or exclamations of imposing vocal mastery. It’s without a doubt my favorite song on the album.

“Sober Up” is another track that’s equal parts soft and edgy. Speaking of apparently having one drink too many. It’s straightforward, really. Too many mistakes can happen when under the influence of a little liquid entertainment and not in full charge of one’s faculties. Throughout, Eddy proclaims he’s got to sober up, but also “someday I gotta sober down.”  Besides, no one wants to wake up and not know exactly what they’ve said or done the previous night. A confession? Broken glass? It’s almost as if Eddy’s saying one day he’s going to have to grow up and realize that he’s got to keep a level head before he ends up saying or doing something he may not be particularly proud of in the morning.

As with every album that’s centered around love, there are moments when you know without a doubt that you’ve got to let that someone go. “It’s Over” has a sorrowful croon to it that isn’t present in the other songs. Though Eddy’s voice is just this side of heartache, this song expresses not only his resignation but his sorrow at realizing that something that he wanted to continue just won’t. He proclaims almost with desperation, “Forget all about that heart. Forget me. It’s over. Don’t hurt me.” 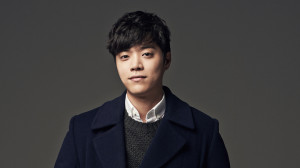 Eddy Kim’s album is…familiar, but not in that disconcerting way in which you’ve heard something done a million times before. It’s classic, smooth, and gorgeous, like a sunrise or the first real day of spring. The Manual awakens something in the listener that brings a sense of warmth and nostalgia to the surface. I was trying to figure out what that was for me, why this album rang so familiar. Then it hit me. I was drawn back to Javier Colon’s self-titled debut album and its honesty, manifested in the simplicity of just writing and singing from the heart without much fanfare or pretense. Eddy Kim is such an artist. He sings from a sweet spot in the soul, doing away with the need for flash or the desire for some artists to insist upon themselves. It’s just pure, clean, beautiful music. Just when I thought there was no more room in my heart, a space opened up for the sweetness and longing in Eddy Kim’s voice.