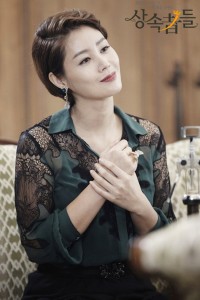 There are some plot twists that are ubiquitous in dramas. Love triangles take first place, but the birth secret is a close second. It seems almost impossible for a drama to manage to make it through its run without pulling some form of birth secret, and that’s not limited to melos either. Action-revenge drama City Hunter? Yoon-sung’s birth father wasn’t his real father. Classic trendy drama Feelings? Yuri’s brother isn’t actually her brother. But why is this one plot convenience so common?

Part of the reason is that birth secrets actually happen in Korean society, both in terms of adoption and altered family relations. Confucian cultures have a heavy emphasis on bloodlines, which has led to a societal resistance to taking in non-related children. Up through the 2000’s, most Korean children adopted were adopted overseas. Even when the government tightened restrictions, the rate of domestic adoptions stayed about the same. Those who adopt will often pretend the adopted child is biological, due to the public perception that infertility is shameful. Thus, the scene in You’re the Best, Lee Soon-shin where the titular protagonist finds out she was adopted is something that actually happens.

The other major type of birth secret are altered family relations, where the characters’ family is  their biological family, but the nitty-gritty of the relationships are altered. Grandparents posing as parents is the most common variation, currently seen in weekend drama Wonderful Season. And these happen in real-life as well. Javabeans and GirlFriday, founders of the website Dramabeans, are both of Korean descent. In their book Why Do Dramas Do That?, they openly admit that birth secrets are so common in their families that they have ceased to shock them.

“Perhaps it’s because elders in the Korean family structure tend to make decisions (e.g., adopt that child) and then talk about it for decades. The illusion becomes the new truth, everyone accepts it, and anybody not lucky enough to have been alive to know the real situation is left out of the loop.”

Because birth secrets happen in real life, the utilization of birth secrets can be less a case of using a well-known plot twist to fill an episode and more of a writer simply writing what they know. However, the appeal for writers under deadline cannot be understated.

Birth secrets are one of the best twists for a writer to pull out of the Bag of Ways to Fill Airtime because they are so versatile. In the event of sagging ratings, one can be instigated at anytime, with little to no warning, and the effects can be drawn out forever. One such case is You’re the Best, Lee Soon-shin. Soon-shin learning that she was adopted and her subsequent issues with both her biological mother and adoptive family are what really drives over half of the show, letting the original premise of Soon-shin’s struggle to find her niche in life fall by the wayside. As the birth secret took more and more of each episode, the ratings just continued to rise.

Other times, they can be dropped at the start of the drama to give their otherwise formulaic set-up a way to stand out. One of the things about Heirs that caught a lot of people’s eye is Kim Tan’s birth secret. His mother is the mistress of the most powerful CEO in Korea, so Tan’s mother is listed in the records as his step-mother. This is something which he, his brother, and their parents are all very aware of, yet it is shielded from the public at all costs. Tan’s frustration that this is secret is one of the most telling aspects of his character early on, as the usual chaebol wouldn’t want to risk his claim to the family fortune.

Then, there is that which seems to go hand-in-hand with birth secrets: faux-cest. The drama of falling in love with someone seen as a sibling is almost unparalleled. The drama that codified the trope of faux-cest via birth secret was the 1994 hit Feelings. Yuri’s developing relationships with Han Bin, Hun, and Joon are affected by the slowly pieced together reveal that Joon is Yuri’s brother. Add in the fact that Joon was the first of all three brothers to fall for her, and the well-named drama succeeds in wrenching the audiences’ hearts into knots. However, the success of Feelings led to many copycats, and they were not as well-done, leading to the modern view of birth secrets: they’re a tool for lazy writers to use in place of character development or advancing the main plot. 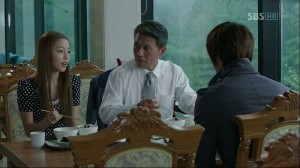 Sometimes, though, a birth secret can actually be used like any other narrative tool, and enhance the story being told. City Hunter is one of the best examples of this, as the only reason for Yoon-sung’s birth secret to be mentioned at all is for the sake of the story. The ratings were sky-high, it came at the tail end of the run, and while his biological sister Da-hye had a minor crush on him in the beginning, it was never important.

Instead, when Yoon-sung learns that his adoptive father, Jin-pyo, lied to him about the identity of his biological father, it almost destroys him, something that is furthered when he realized his real father is the last man on his hit list, and has been unknowingly acting as a second father to his son. He’s faced with a choice between revenge and forgiveness, between his past and his future. The fact that it’s also a choice between his two fathers serves to echo the conflict rather than diminish it.

Birth secrets in dramas will never go away, but, like any other common drama element, they’re subjective, and depend on the execution of the drama to pass or fail. What do think of birth secrets, readers? Are there any example you particularly like or hate?

(Korea4expats, Why Do Dramas Do That?, Images via Dramabeans, SBS) 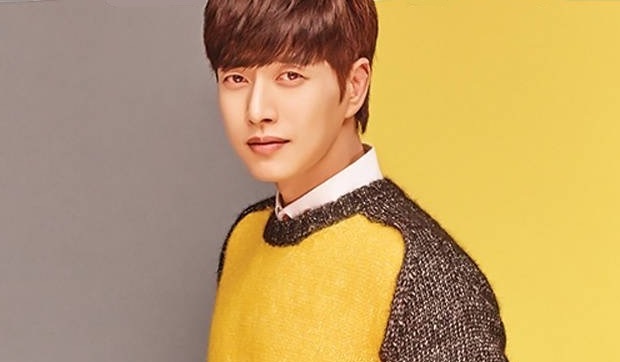 Can “Billion Dollar Man” Live Up to “The Heirs?”

Week in Review: Being Thankful