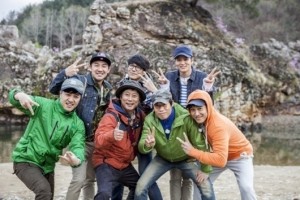 It was an eventful week in the K-popiverse, so here’s a quick break down of what some of the biggest news stories were: Boom, Tak Jae-hoon, Lee Su-geun Shinnhwa‘s Andy and Tony An are being investigated for illegal gambling, a security guard pushed SNSD‘s Jessica down at the airport in Hong Kong –some say because he may have thought she was a fan who had gotten into the cordoned off area (umm, would that had made it okay?) and someone leaked nude pictures of Ailee–which fortunately, other than the fact that people have seen nude pictures of her, hasn’t been so bad with most netizens feeling bad for her.  The timing of the announcements that Tony An and Girl’s Day‘s Hyeri were breaking up and that Lee Su-geun was leaving 1N2D seem more than a little coincidental now. News isn’t good for 1N2D as it was later announced that not only would Lee Su-geun be leaving, but most of the cast would too except for Kim Jong-min and Cha Tae-hyun–they’re even changing up the production team–hopefully this is all for the better for the once top K-variety program that just hasn’t been the same since the departure of Kang Ho-dong and Na 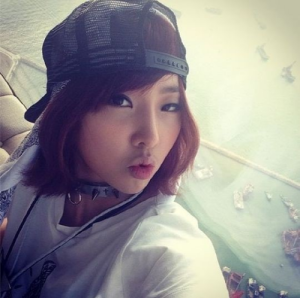 PD. Netizens are suspecting that 2NE1‘s maknae, Minzy, got some work done–must admit that seeing some of the recent pics of her–I’d suspect it, too.

In K-pop: Untouchable released his latest song “Vain” featuring Koonta of Rude Paper, Vixx sang of “Only You,” 4Men sang of a “Thorn Love” for Empress Ki, Davichi sent “The Letter,” MR.MR asked “Do You Feel Me,” Huh Gak remembers the “Memory of your Scent,” Woollim Entertainment‘s new artist Jin dropped her MV for “Gone ” which starred actress Kim Yoo-jung & Exo‘s Xiumin, U Sang-eun released the MV for “Healing,” and the Brown Eyed Girls announced the sub-unit of M&N with members Miryo and Narsha.

The following are the 5 Things in K-pop that happened last week that I think were a bit more special than the rest. If you don’t like spoilers, turn back now because spoilers, most definitely lie ahead.

I guess the PDs of Running Man were clever in keeping Exo‘s appearance until the very end in this week’s episode making fans stick around for the whole show. I was thinking that it would be a shame to only have them appear for like 15 minutes, but it looks like this episode will have a part two next week. Hard to pick the best clip of their appearance: Kris’ clumsiness or the other various members getting ousted, but I guess their take down of Kim Jong-kook within minutes of the start of the game was the most noteworthy. Kai found Kim Jong-kook tucked away in a back corner of a store and immediately called in the rest of the kids for help–which was a good idea.  But this is Kim Jong-kook we’re taking about and even when you have over half of Exo against him, it’s no easy task to take him down. Were those tears in Suho‘s eyes or sweat?

last night? I’ve really enjoyed San E‘s work post-JYP, it seems to have been a good move for him to go to Brand New Music where he seems to have a little more room to create the music he wants to. The song “Where Did You Sleep” features Verbal Jint and Swings and the MV stars all three as investigators who are interrogating their girlfriends as to their whereabouts the night before.  Hmm… not that it couldn’t go both ways, but I think that would be something more apt for the girlfriends to be asking. I appreciate that San E can bring humor to his songs even though they might be about serious topics.

3. Love is a Battlefield

Seriously, one of my fave parts of  The Heirs to date for it’s pure corniness. I think Chan-young & Bo-na (C.N. Blue’s Kang Min-hyuk & f(x)‘s Kystal) might just be my favorite couple, too.  Although I’m enjoying watching The Heirs, I am a bit disappointed because I was expecting more than just your average teenage love K-drama from the writer, Kim Eun-sook, but so far everything has been pretty standard fare. With half of the drama done, here’s to hoping that things get a bit better and that in the end–love will conquer all.

Big Bang‘s Taeyang made his solo comeback with the song “Ringa Linga.” A couple of days before the release of the official MV, Taeyang released a dance performance MV that incorporated some killer moves by choreographer Parris Goebel, who is the lead choreographer of New Zealand’s ReQuest Dance Crew that appeared on season six of America’s Best Dance Crew. There’s a lot of the YG Family in the background of the official MV if you look including its newest members. It’s a good MV and a good song even though at times it sounds more like a GD song than a Taeyang one.

1. Team Chilbong all the way

The Reply 1994 fever is definitely growing–it’s the drama I’m waiting for all week now. Things really kicked into gear this week as the main love triangle heated up and the secondary kind-of-unexpected love triangle got solved. I still can’t guess who Na-jung (Go Ara) is gonna end up with, but I’m team Chilbong (Yoo Yeon-suk) all the way. It’s not that I don’t like Trash oppa (Jung Woo), but I’m thinking Na-jung is just a little sister to him and that he loves her in that way. As for Chilbong, it’s Na-jung ‘no matter what‘ and I love that about him. I also love that he beaned that ass of a sunbae in the head after he talked so disrespectfully about Na-jung–even though he got a thrashing for it afterwards. There’s nothing better than being able to perform your best in the big game in front of your crush–even though she doesn’t quite realize the significance. Come on, Na-jung.

Those are the top 5 Things I LOVED in K-pop last week, were they yours?