Consent. At it’s most basic level, consent is simply giving permission for something to happen. Be it consent to post your pictures online or consent for someone to access your Facebook, it’s all the same. But what about sexual consent? When it comes to K-pop, specifically with the female idols, those lines become dangerously and uncomfortably blurred. There has been a trend of ever the more riskier concepts, but the same childish bubble gum lyrics that serve mixed messages to the often young audiences that view them.

I’m not the first person to have had a problem with the overall message of this song. There is nothing wrong with a girl being active in her sex life. Wanting to go “all the way” with your partner of choice is perfectly normal, but what’s not normal is equating short skirts and bare legs with consent, which is exactly what this song does.

“Look at my legs, they’re pretty.
I wore a short skirt,
Look as if you’re interested.”

How many times have victims of assault been asked what they were wearing or how they were acting? How many more may be assaulted as the result of an idol group promoting this message? While they may not be heavy hitters, Dal Shabet is a pop group, meaning that they’re spreading popular culture. Reinforcing an already dangerous belief is not the best way to go. And they’re not the only ones to do this. Recently, Fiestar came back with “I Don’t Know” and, like Lindsay, I wish I didn’t know it either. Many girls are already pressured by the long standing ideals of the pure, naive maiden. It’s not bad not to know, but it is bad to portray that as an attractive feature, especially with the child-like twist thrown in the routine and music. Not only that, it never shows women as part of their own experience. They’re always waiting, always trying to drop hints, or just down right oblivious. Women should not be the supporting actor in their own lives, waiting for the main hero to notice them. 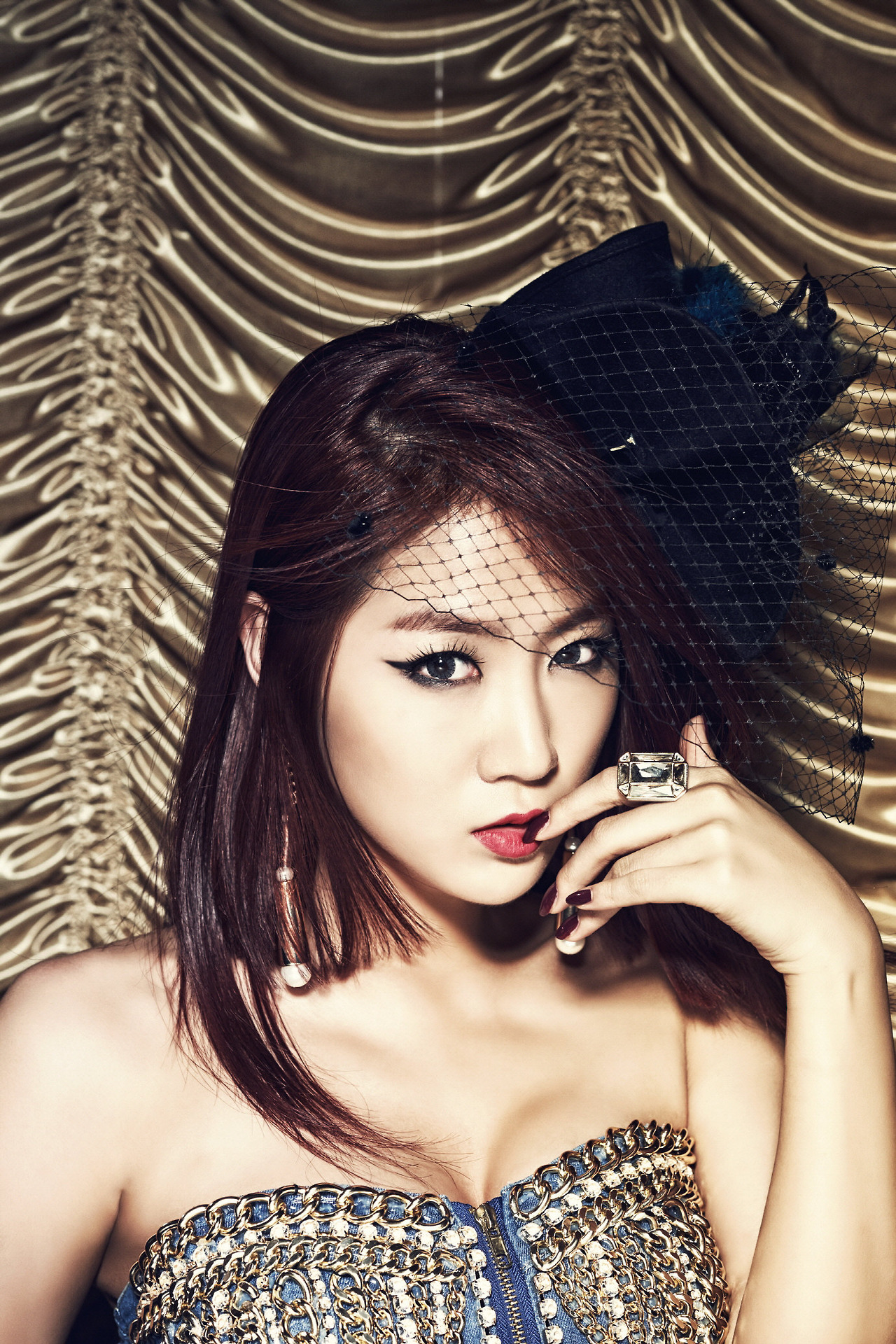 But what about those that go the more “adult” route?

It seems that even if you look the part of a woman, you still have to have the understanding of a child when it comes to K-pop. In Sistar’s “Give it to me,” the concept of the song was, at least for me, muddled. I adore Sistar, but having breathy “Oh’s” in the chorus while chanting “Give to me” in burlesque attire is indeed sexual and even assertive. But the rest of the song seems to do it’s very best to downplay that. With lines like “I’m still young and softed-hearted,” the idea of young women taking charge of their sexual life is a stretch at best.

This is a really common theme. Sexy clothes, dances, and innuendo in lyrics isn’t new or rare, but it’s often coupled with the same naive persona. Even when a relationship is over, such as After School’s “First Love,” breathy vocals, sensual dances, and revealing clothes are still part of the package. No matter what the woman is feeling, she is still on the display first and foremost.

The strangest part of all this is that K-pop is not shy about showing us sex.

We have had multiple masturbation scenes and numerous alluded sex scenes between idols and back up dancers, if not between the members themselves. While they may often be banned or rated 19+, companies are still doing this and we the fans eat it up. Male idols bare their chest and thrust about stage while bemoaning broken hearts, and girl groups are seen in either skin tight clothing or barely there shorts accompanied by body waves or self stroking while talking about their pounding heart of a first infatuation. Why the disconnect? Why is it okay to show sexuality, but be unaware of the act itself?

There are some changes being made, but they are far too few for my taste. This is not to say that every girl group has to out right say “I want the ‘D’” in their songs, or that they should be covered from head to toe if the song is about anything other than a romantic or physical relationship. But why are there so few songs like Ga-in‘s “Bloom and MV’s that show sexual exploration as a collaborative experience? Why is the idea of the duo Trouble Maker being suggestive in video or on stage so taboo, but having girls offering their legs as the green light acceptable? 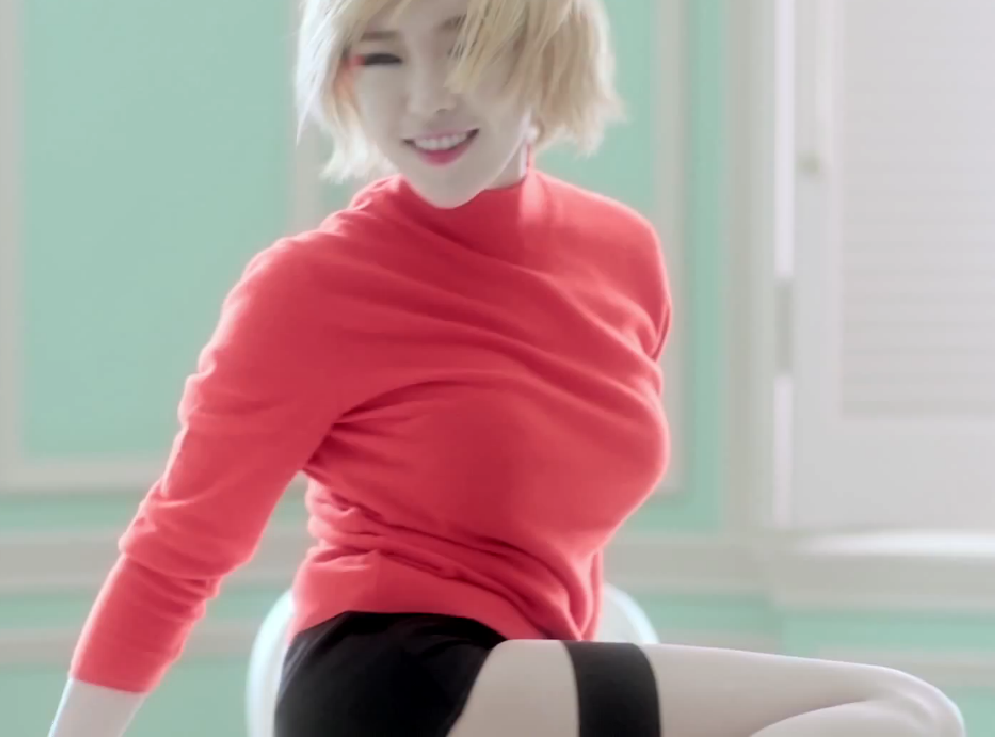 I think that this is a dangerous path that K-pop is walking with their girl groups. K-pop has been trying to balance the two ideals of a visually appealing, sexy woman with a innocent and naive child for so long that they’re treading into dangerous, almost Lolita-equse territory. Women, experienced or not, are not children and their actions should not be equated with such. A song about being unaware of advances can be cute and relatable. A guy not getting your hint can also be a fun video. However, telling the public that revealing clothes is a sexual invitation is incredibly dangerous. K-pop is a medium that has a lot of power and, as cliche as this is, has a lot of responsibility because of it.

In light of Ailee’s scandal, it seemed relevant to mention it briefly in my own post. Unfortunately, Aliee’s ex-boyfriend stopped seeing her as a person, one who may feel embarrassed, scared, and hurt among other things, and reduced her to an object of objectification and a means to an end, rather that be vengeance of some kind or his own personal gain. While many sites are picking up the story to lift up Ailee as this scandal runs it’s course, it’s important to notice that a rather influential news site, one that has a lot of media power within the international K-pop community. found this information okay to spread. Ailee’s body became news and any effects of it were carelessly disregarded. Ailee being an idol became her consent. Anything about idols now-a-days are seem as fair game and, especially with the internet, nothing it out of bounds. It’s creating an atmosphere where, not just idols, but all women, are afraid to live their lives, mistakes and all, for fear of what may come to light later down the road.

I wish the best for Ailee and hope that she is able to find justice, as well as understanding from the public, about the scandal. I also hope that this becomes a catalyst to help change some of the culture around women (idols and others wise), their bodies, and their privacy.