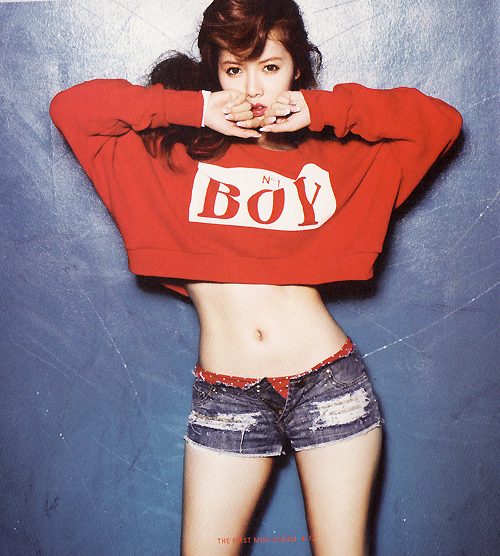 Ah, sexism. It’s one of the themes that K-Pop fans can’t seem to leave behind. With every video, the line between “sultry” and “slutty” is shifted again and the playing field is left with women and girls on seemingly different sides of the playing field. While most would think this is just a matter of taste, the question is often asked why men aren’t pitted against each other in a similar fashion. A flash of abs and a crotch grab is often greeted with the same reception as  a finely tailored an precise dance moves. Men have yet to receive the same back lash that female idols face with every comeback. It’s often excused by it being a matter of “class,” but, still, it’s only for the ladies.

Reently, NS Yoonji came back with “Yasisi” and its clearly risque music video. With leotards and a pool scene, and evening a voyeuristic dressing scene, this music video had every sexy motif that could be crammed within the narrative. Of course, claims quickly arose that she was simply being “too sexy,” if not “slutty,” as well as claims of her being desperate for attention. She’s not the first female K-pop idol to experience this, and she won’t be the last. The same comments have been said to groups from Girl’s Day to the fan favorite, 4Minute‘s  Hyuna.  But who draws the line here? While boy groups are free to go on stage with bare abs, girl groups have a different, harder to follow set of rules. 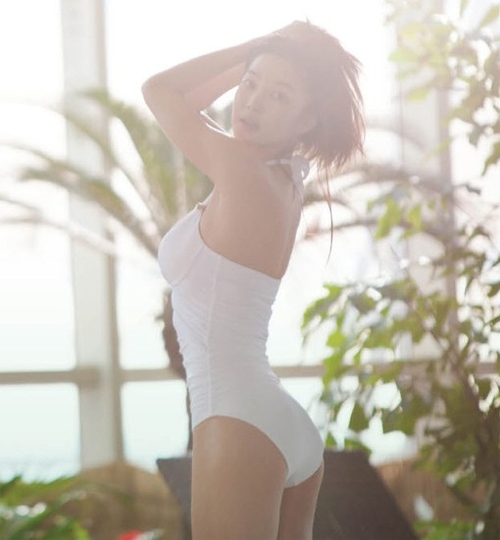 Rainbow showing their abs in “A” was too much, but Ga-In’s mid-drift during her “Bloom” comeback was fine. Kara’s leotard was a bit risqué during their “Pandora” promotions, but Sunmi’s was not for “24 Hours.” What was the difference? Where’s the line? One of my favorite examples of this imaginary “line” was Gain’s most recent comeback for “Fxxk You.” When images for the cover art first arose, people applauded her for being sexy, yet classy. She didn’t need to show a lot of skin, many claimed, she was sexy just being herself.

And then they saw the teaser.

The moment they saw her in the shower, she was suddenly in the same group as all the other women who were simply using their sexuality as a gimmick. The tables turned so quickly that it was hard to tell if they were even speaking of the same artist. While all of this may seem like a matter of taste, it greatly restricts what women, and companies, can do when it comes to K-pop. One of the main things idols want to do is be seen, but as they get more years under their belt, their styles start to shift as they give themselves more room to send more poignant messages through their work. Ga-In is able to do that, but she deals with a lot of backlash in return. It causes a stagnation in the industry that leads to the rehashing of old themes and a game of “follow the leader” with industry trend setters.

And many fans accept this. While K-pop isn’t a subject that often sparks deep self reflection, many K-pop fans are too quick to turn away from the idea that sexism is even an issue in K-pop. It’s assumed that the fact that we see sexualized women pursue such an image out of their own freedom, their form of equality. But women being turned into mere eye-candy for the masses isn’t equality, nor is the backlash they face for becoming these desired objects. 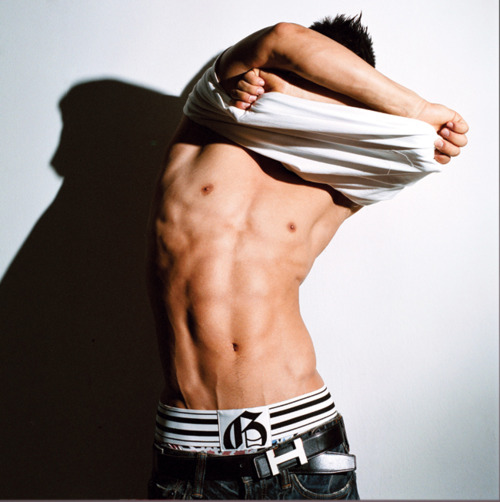 And let’s also not forget that a girl group can indeed be too tame. While male idols are often swooned upon and have their cutesy antics seen as refreshing, most roll their eyes when they see a girl group with “another” cute theme. “Aren’t they too old for that?” fans claim, “they should be doing something more mature.” Aegyo is something that can be just as toxic to a group as a full on sexy concept. For most groups, it’s “old news” and something we’ve seen too much off, even if the group’s personal repertoire is one that has leaned to more mature singles in the past.

Secret is a group that dabbles in both the cute and sexy but never leaves audiences happy with either side. “Poison” with its suggestive choreography was seen as too much, but “Yoo Hoo” earned them the same criticism — just in the other direction.

While it’s unrealistic to expect every K-pop viewer to don their thinking caps for every promotion and analyze every suggestive dance move or risque outfit, asking a few questions when seeing a new idol’s music video — especially one with a sexualized theme — could be helpful. What are the reasons viewers might flippantly call it “distasteful?” Is it a matter of opinion or something deeper? If female fans are okay with their male biases taking off their shirts, why are the shorts of an idol girl just cause for uproar? If male idols can thrust wildly at the camera and receive adoring screams, why can’t a girl wiggle her bum and receive the same praise? No matter the argument, sexism is a problem that keeps arising because people keep finding ways to excuse it. And that’s not okay.