No Back and Forth with Jay Park's "Metronome" 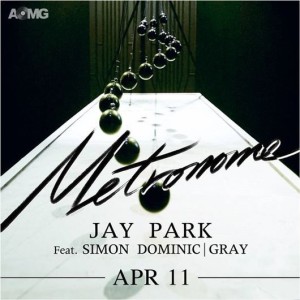 Since the announcement of the creation of AOMG by Jay Park and Simon D, K-pop fans have been cautiously optimistic. There’s a lot of potential for good music from a company led by one of the Korean hip-hop scenes’ greatest artists and a solo artist who can knock any genre out of the park. Of course, wherever there is a chance for greatness, there is just as high a chance for epic failure. “Metronome” has thankfully dissuaded these fears.

“Metronome” is exactly what one would expect from Simon D, Jay Park, and Gray. It’s an R&B/hip-hop song about a difficult relationship. That said, execution is what really makes or breaks any song, and “Metronome”s’ execution is damn near flawless. It’s sexy, sleek and sleazy– a triple threat under their skilled hands.

The song is a unique twist on a familiar subject– destructive relationships. Most songs on this topic are along the lines of Stupid In Love, where the relationship is an inherently bad idea. In “Metronome” the relationship in question is troubled and flawed because the two people are out of sync. Thus, a metronome is needed to get them back on the same tempo.

Jay Park and Simon D made a  wise choice when writing the lyrics. Their verses both carry the theme of being out-of-sync, but they suffer different scenarios despite both stemming from the same problem. This makes sense, as the two CEO’s are at different places in life. Jay’s verse is about the issues that come from maturing from a wild party boy to a calmer, more serious version of himself. Logically, he wants his relationship to mature with him. Before, when one was feeling romantic while the other wanted to pick a fight, it was exciting. Now, it’s just exhausting, and he wants to trade in the on again/off again fling for a secure, stable relationship. He loves her, but he doesn’t love how their relationship currently is.

Simon D, on the other hand, has already been through that transition. He and Lady Jane were one of the best known couples in K-pop, and had been together from 2007 until last year, an almost 6-year relationship. It’s not hard to see the reality subtext in his verse, which is about a relationship falling apart due to how long they’ve been together. In fact, it’s almost painful how much he wants her back. He weaves together desire to rekindle the relationship with frustration that it fell apart in the first place. He acknowledges  that they’ve both changed, but Simon D still feels that if they could get onto the same tempo, their relationship would thrive again. 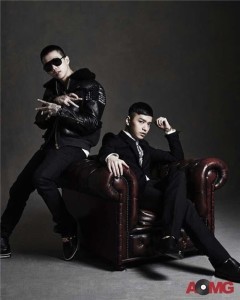 Gray is restricted to the chorus. He does a good job, but the fact is the chorus is just there to frame the verses. He gets a chance to show his voice, but not himself. This is  especially noticeable when compared to Jay and Simon D’s parts, which are much more personal then the norm.

The MV carries the theme of going back and forth in it’s imagery. It also does a great job of matching the imagery to the part of the song it’s playing against. Jay, who is lamenting his rollercoaster of a relationship, is seen with a woman and without her. There are several shot of them as individuals with videos imposed over them, such as ice and fire, or a praying mantis killing it’s mate. This reinforces that while Jay and his girlfriend might go together, they don’t mesh the way he wants them to.

In contrast, Simon D is always alone. Everything is tilting back and forth, the lamps, the chandelier, even the camera. It underscores the point that not only were he and his girlfriend out of sync. It also seems to perpetuate the idea that without Lady Jane, everything in his life is off-kilter. Gray, being the voice of the chorus, and thus the most memorable part of the song, is seen with the same Newton balls that are on the album art.

“Metronome” isn’t perfect, but it is excellent. There are a couple minor flaws, but overall, the whole exceeds the sum of its’ parts. If this is what we can expect from AOMG, I say full speed ahead.