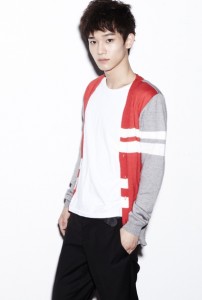 SM Entertainment’s latest offering– SM The Ballad, version 2.0– is perhaps one of the best recent examples of K-pop’s use of “cultural technology,” with 3 versions of the same album released in Korean, Japanese, and Chinese simultaneously, each featuring a different combination of the resident powerhouse vocals in SM. For instance, in “Breath,” the Chinese version features Zhang Liyin, SM’s Chinese female soloist, and EXO-M’s Chen, who is not a native Mandarin speaker but is likewise primed to take on the Chinese-speaking market by learning Mandarin and promoting in China as part of EXO-M.

Hallyu’s presence in mainland China is certainly not a recent phenomenon– Kangta’s sustained and respectable level of popularity in China a decade after H.O.T testifies to that– but it cannot be denied that K-pop is beginning to turn its attention to the large, lucrative, and untapped market in China beyond its historic crossover attempts in Japan and the US. SM Entertainment has been the most visible and successful example so far in its deployment of Super Junior M (SJM) and EXO-M, but even smaller companies are beginning to re-tune their marketing strategies to target the Mandarin-speaking market, such as Pledis announcing the launch of Nu’est-M to debut in China for Mandarin promotions.

Why is China becoming the top choice for K-pop expansion? On the most basic level, Hallyu has already made its mark in China even in the days of H.O.T. While perhaps not the most mainstream of musical genres to hit the market, it nevertheless has a faithful fanbase cultivated since a decade ago upon which to springboard the latest generations of K-pop stars. By comparison, K-pop remains a relatively niche and underground subculture in the US — while it has shown solid US growth, with the launching of a K-pop Hot 100 Chart by Billboard in 2011, and sold-out concerts at Madison Square Garden, Prudential Center, and the Honda Center, questions are already being raised on whether K-pop has already had its 15 minutes, and is destined to remain a niche.

The other popular target market, Japan, is already saturated with K-pop and K-pop lookalikes, not to mention that Japan’s music industry is self-containing; the wide variety of genres and artists mean that there is only a limited space for K-pop to expand. Hence, K-pop’s mission of global expansion has realigned it towards China, with more and more Chinese-born artists debuting as part of K-pop groups in order to target the Chinese market. 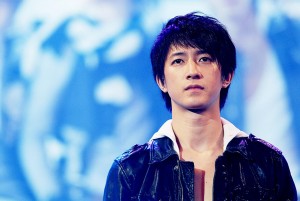 The method of creating spin-off groups with members of foreign origin has existed even in the days of “J-cool,” or the Japanese music industry’s term as the leading Asian cultural superpower. K-pop– or rather, SM Entertainment– has perfected the method, from Super Junior’s Han Geng and the SJM subgroup he helped promote in China and Taiwan, to most recently, EXO-M, the half of EXO which comprises a mix of Chinese and Korean members. Sure, K-pop has had instances of foreign-born artists promoting as part of a group, but in most cases they are American-born Koreans who speak English fluently. With the creation of K-pop’s China-line, however, the industry has shown a decisive step to increase its appeal in the Chinese-speaking market with ethnically Chinese members.

The advantage of having Chinese idols is then that various companies and groups would be better poised to take on the thus far uncharted territory of the Chinese market through appearances in China, be it at variety show recordings, interviews, or award shows. The incident that springs to mind is the infamous ‘we have four Chinese members’ incident at EXO-M’s appearance at the 12th Annual Billboard Music Festival—  rather awkwardly, the MC told the EXO fans that there was no need to cheer so loud since they were a foreign group which did not understand Mandarin, to which leader Kris replied with “actually, we have 4 Chinese members, we all understand Mandarin”. Of course, it seems a rather minor incident, but it does illustrate the advantages of having a Chinese member to smooth over ruffled feathers quickly when an inevitable faux pas occurs overseas. 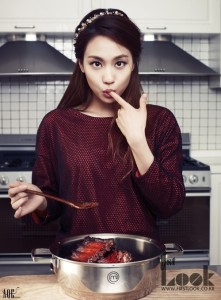 Super Junior and EXO are simply two of the more visible groups in which China-line idols are present. Reception to China-line has mostly been varied, depending on the status of the group. F(x)’s leader Victoria is beloved in China and Korea, sweeping up dozens of CF deals and TV appearances; miss A’s Fei won hearts in Korea placing first in Dancing with the Stars and appearing on Masterchef Celebrity. Meanwhile, the lesser-known Chinese idols active in the industry– Fiestar’s Cao Lu, Cross Gene’s Zhong Ze Xiang and so on– have yet to achieve recognition in their groups, much less on an individual basis.

Perhaps the wide difference in status has to be attributed to the companies behind these idols. SJM, EXO, F(x) and Miss A are from SM and JYP respectively, two of the Big Three companies in K-pop. These companies have long cultivated fanbases in the Chinese market due to their established brand names and the penetration of their established groups into the Chinese market and industry. For instance, following the successful appearances of SJM, EXO-M was able to score an appearance on Hunan TV’s primetime program Happy Camp a mere month after debut, which in the words of the Happy Camp PD Yuan Qi is a “very rare in the history of the show.” In contrast, other China-line idols from smaller companies have not been able to enjoy the same level of exposure afforded to a group from the Big Three either domestically in Korea or in China. Thus, it seems brand name and marketing determine the success of China-line idols even more severely than the average Korean idol.

While China has proven itself to be a potentially lucrative market (Chinese fans banded together to gift Super Junior with a disc made of solid gold worth one million dollars when the group was passed over for that year’s Golden Disc Award), the gold rush to earn profits from a willing market is not as easy as it seems. If anything, the inclusion of Chinese members is not a guarantor of surefire success — the success stories of China-line idols so far is more due to the strength of the SM/JYP brands behind them than by virtue of the idols being Chinese. The popularity of veteran groups like Big Bang or DBSK in China, without having any Chinese members, reflects that the Chinese market is equally willing to support Korean-born idols. 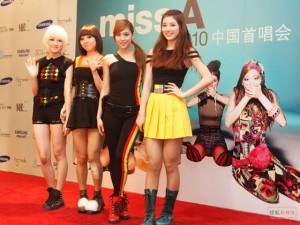 Furthermore, things haven’t always gone smoothly even with China-line idols from the Big Three. Friction between the Chinese broadcast stations and the Korean management companies occurred due to the clash of working cultures. EXO-M’s performance on Immortal Song China was pulled when SM and the broadcast station disagreed over the allowing of fan recordings during the filming. Han Geng faced enormous discrimination as a Chinese member in the early days of Super Junior, and eventually left the group over irreconcilable differences with SM.

Even in the Mando-pop industry, Hallyu is not totally welcome: popular artists in the Chinese music industry like Jay Chou and Show Luo have expressed their distaste for the infringement of K-pop into the Chinese market. Not to mention the most fundamental obstacle facing Hallyu’s Chinese expansion, that Chinese fans who would support Chinese idols are likely to already be K-pop fans. In order to avoid being eventually unable to break out of its niche in China, K-pop has to do more than the token inclusion of Chinese idols singing Chinese versions of Korean hits.

To quote a financial report made by Hana Financial Group on SM’s earnings forecast for 2014, the momentum Hallyu is picking up in China is “now visible.” Whether it is able to sustain itself and expand beyond SM, however, is another question, and one whose answer we will see unfolding over the next few years.