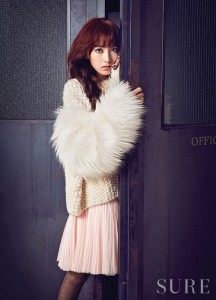 Kara‘s maknae Jiyoung has decided not to renew her contract with DSP media.

Though she has until April before her contract expires, she has already given official notice to her agency. Her father revealed in a phone interview with Sports Chosun that DSP  had been informed a week before, and expressed surprise that the news had only been made public now. For their part, DSP has stated their intention to convince Jiyoung from leaving.

There is still time left before April rolls about, but this does not bode well for DSP; they may have been able to prevent a Kara break-up once, but as they say, lightning never strikes twice. Morale was already down when Nicole announced late last year that she would not be renewing her contract, and to have another member leave seems to indicate that Kara is pretty much over. The remaining members — Gyuri, Seungyeon and Hara — have already renewed their contracts for another two years, and will now likely look to pursuing solo activities. 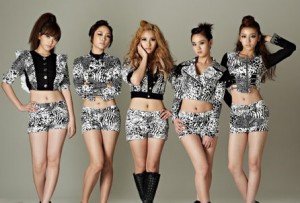 Nicole was one of the four originial members when Kara debuted in 2007; Jiyoung, along with Hara, joined the group in 2008 after member Sunghee was pulled out by her parents. After becoming five, Kara managed to find success for themselves and have since been one of the more popular groups in K-pop.

Jiyoung’s father stated that she is interested in branching out into acting, while Nicole (whose contract officially expires tomorrow) is preparing to commence studies in her home country, the US.

We wish Nicole and Jiyoung the best of luck in their future endevours. And DSP good luck in recovering from more-or-less losing their flagship group.

We’ll leave you with Kara at the 2013 MBC Gayo Daejun, their last stage as five.

Readers, what will you miss about Nicole, Jiyouong and (five-membered) Kara?