Roundtable: Why Write for Seoulbeats? 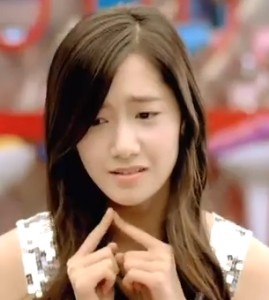 Have you heard? Seoulbeats is recruiting again! A few months ago, we investigated the varying reasons why many of us partake in this online community devoted to fostering open speech and intellectual discourse concerning the Hallyu Wave via our Self Reflection Roundtable. This time around, we’re going to hear from our diverse panel of writers about what made them take the plunge towards becoming active Seoulbeats contributers. What made you decide to write for Seoulbeats? In addition, what are some of your favorite moments since becoming a part of the team?

Gaya: I wanted to write for Seoulbeats because it allowed me to express my critical thoughts about the K-pop I consume. And I also wanted to learn more about K-pop as well: that’s the main reason why I began following the site, as it not only provided facts, but also a context which happened to be perhaps more truthful than what fans would present (true story, I believed that Yoona was an amazing award winning actress before I learned better). Seoulbeats gives you the details of what’s happening while also focusing on the big picture, and it’s really important for me that I have that perspective; otherwise, I just end up getting sucked in, which I’ve found is not a healthy thing for me to be doing. 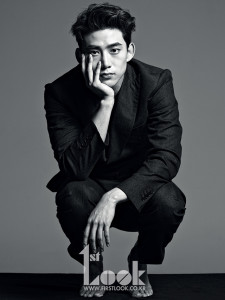 I have a lot of great Seoulbeats memories (the group chats, the group chats!), but I definitely have to mention my recent trip to Singapore, where I got to meet some of my Singaporean teammates former and present. They really looked after me during my stay — I was travelling solo for the first time ever — and we even got to eat a Korean meal together! I’ve already thanked them, but I have to say again how much I appreciated their help and (especially) company during my stay. My only regret would be that we didn’t go to a noraebang as well; next time I’m in town, I’m going to make some time to see Nicholas’ rendition of “Bo Peep” in person!

Lindsay: Similar to Gaya, I found Seoulbeats because I was becoming a fan of K-pop and wanted more information. Seoulbeats offered me a way to be more involved in the community in a way that fits my skills and personality. I’ve never been a particularly good creative writer, nor do I have an affinity for photoshop, and I’m far too shy to sing covers, so I was feeling distinctly left out of the contributing part of the K-pop fandom — and then I saw an article on Seoulbeats advertising applications for new writers. I’ve always been good at social sciences and thesis papers; who knew my college experience would come in handy in such a way? Basically, working for this site is a way to combine my academic skills with my personal hobbies, a way to take all of that time I spend fangirling and put it to good use.

Although it isn’t necessarily why I applied initially, I too have made excellent friends here and have met up with people on both the West Coast and East Coast of the USA. Seoulbeats is a community I can relate to because we all treasure a balance between fangiling/fanboying and being rightfully critical of the K-pop industry. 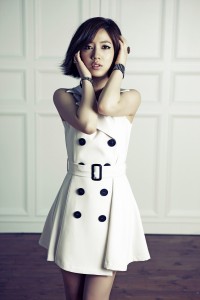 Leslie: When I discovered Seoulbeats, I’d been a K-pop fan for a couple of years, and I was getting to the point that I was becoming more critical and aware of many of the bigger issues in K-pop, be it the industry or the social effects. It was like my eyes opened to the actual impact and influence that it had.

Plus I was finishing up my writing degree and trying to narrow my focus to entertainment and culture. I wrote a lot of opinion pieces about K-pop for my classes, and my professors were always asking me what actual outlets there were for my writing. That’s when I discovered Seoulbeats, and it was perfect for me. And while I know not everyone on our staff is gearing for a professional writing career, this is still a high traffic online publication so to be a part of Seoulbeats is awesome. I get to satisfy my professional and personal loves at the same time.

And we have such a great community. I’m this incredibly introverted Hispanic girl in the Southern US who likes K-pop and rarely goes out unless obligated to, or for work. So my friend count is pretty low, but as a part of Seoulbeats I’ve met so many great people and made a lot of friends (KCON was one of the best weekends of my entire life), and I actually feel like I’m part of the fandom. I feel cheesy saying this, but it’s just such a wonderful feeling.

Amy: I started when I was a sophomore in college, I think. It’s been so long I can’t even really remember, but back then we definitely weren’t the site we are now, and had only news. I remember my first ever post was compiling a bunch of outfits worn by celebrities at the Gucci fashion show in Seoul and getting stressed out by whether or not I was doing it right, and how the editor was going to change the post. 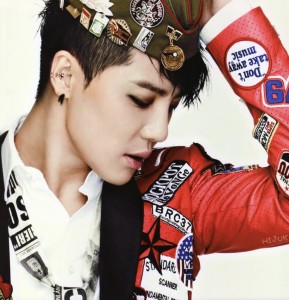 K-pop then wasn’t as serious as it is now — as in, the market wasn’t so intense and nothing was as sleek — and there was a lot of goofiness to make fun of. The writers and myself then thought it was sort of crazy that there weren’t any critical voices in the sphere beyond the Perez Hilton-esque posts coming from Allkpop, so we started writing those posts ourselves. And amazingly — though not so surprising now — a lot of people were really interested in having discussions about K-pop as opposed to just consuming it passively.

So we started writing more and more of those editorial-style posts and that’s how a lot of writers found their niche, and how Seoulbeats found its niche. I don’t write on the site regularly anymore but I am a writer professionally, and it was in this space that I did learn how to observe and dissect pop culture more analytically, which was invaluable.

Over the years, I’ve seen a lot of writers grow into their writing through doing it a lot for SB, and that’s one of my proudest accomplishments as an editor on the site. I think with something like K-pop, after a certain point, it’s very easy to drop off from it altogether, but if you can sustain critical conversation about a subject, you’ll be able to stick around, which is what the SB team does for me, personally. 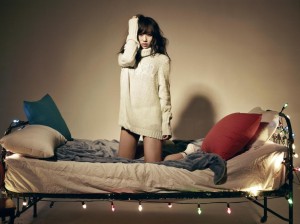 Patricia: I still remember the day I got my acceptance email from Seoulbeats in 2009, when I was still a senior in high school. It had only been a few months since I had started getting into K-pop, and Seoulbeats was one of only a handful of English-language K-pop sites that I knew of at the time. Seoulbeats was really the only site I wanted to write for, and to finally have the opportunity to write for them was — in the eyes of 16 year old me — a bit of a dream come true.

I’m now a senior in college, and I’ve stuck with Seoulbeats since then. Looking back, my college years were pretty tough, and I spent a lot of time doubting myself and my abilities as college proceeded to kick me in the ass at every turn. But Seoulbeats was a constant throughout that roller coaster ride, and for that, I’m thankful. Superficially speaking, I really appreciate how Seoulbeats gives me a unique opportunity to do something I love and am kind of good at, even in times when I felt like I was sucking at life and everything in it. 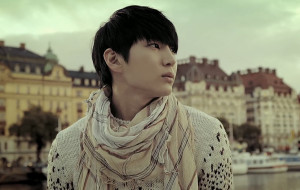 But more than that, I think you’d be hard pressed to find a community as diverse and knowledgeable about K-pop as Seoulbeats — both our readers and our staff alike. The fact that we can compile a Comments of the Week post every week speaks to the fact that Seoulbeats isn’t just about us writers posting our high-faluting opinions on things and expecting our readers to nod in agreement to everything we say. Rather, our readers are equally as engaged and well-informed as we are, which makes for such a great dynamic on the site. And, of course, being on the team has been such a fantastic experience in itself. I’ve had the opportunity to meet and even be mentored by some of the smartest, coolest, most talented, and most caring people I’ve ever had the pleasure of knowing — experiences that I wouldn’t trade for anything.

I’ve changed a lot and been through a lot of things since I first joined Seoulbeats as a high school senior, but by some miracle, I’m still as passionate about K-pop as I was back then. I definitely think Seoulbeats played a big part in maintaining and expanding that interest. Over the years, Seoulbeats has helped me grow as a person and a writer, and I’m thankful for that. 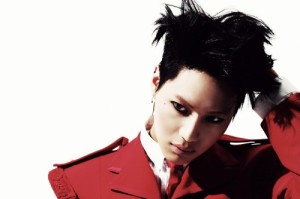 Miyoko: Initially, I wanted to write for Seoulbeats because I felt like I had a lot of opinions about K-pop, but never had a steady outlet or community to share them with. I’d read the site for a while before I applied, and the articles really stuck out in my mind because they discussed more complex issues. Also, I just enjoy this type of writing and analyzing pop culture, and hashing out those ideas here has helped my growth as a writer.

Since then I can say that the more I get to know the writers and people that are a part of this community, the more amazing I think they are. I’ve met some incredible, smart, funny people here. Yeah, I sound mushy too, but it’s true. The random discussions I’ve had are my favorite moments, and I’m really glad for the friends I’ve made.

Ambika: This is going to sound strange, especially since Seoulbeats is a large commitment to make, but I applied on a whim. Perhaps I was just juiced up on first-year of college excitement, but rather than thinking beyond how much time I thought I’d devote to it per week, I was asking myself more “why not?” I’m not normally an impulsive person. I usually tend to think things through to the point where I convince myself against doing whatever it is. But I liked K-pop and wanted to channel my interest into thinking critically and doing something more with the countless names I’ve memorized and the songs I can kind of warble to. 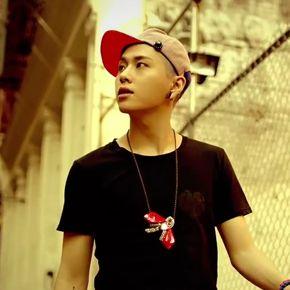 Adding on to the cuddlefest, the writers really are great. I don’t see K-pop much where I am, so to have so many people from different backgrounds that can all enjoy and analyze it is fantastic.

Mark: I applied for Seoulbeats because I wanted to make a difference. Firstly, I wanted to use the vehicle of Seoulbeats, a high-trafficing English language K-pop site, to throw out ideas which I didn’t think were very prevalent or popular in the English language K-pop blogosphere at the time. Secondly, I wanted to present a voice that was unique to not just what was on the site, but to K-pop fandom as a whole: a male’s point of view. Not only that, but as someone in his late 20s, I felt highly detached from some of the more starry-eyed writing I’ve seen elsewhere and Seoulbeats was the only place where I could find critical analysis and editorials which I could enjoy and relate to.

My favorite moment as a Seoulbeats writer has to be finding my very own work cited on Secret‘s Wikipedia page. See, we can make a difference!