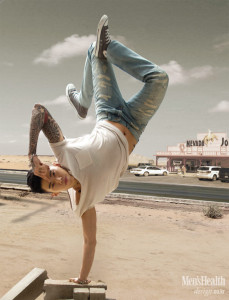 Jay Park has kept himself quite busy lately with a fixed spot on SNL Korea, a world tour, and now the establishment of independent label Above Ordinary Music Group, or AOMG. With the creation of AOMG, Jay Park hopes to produce music, manage artists, and even design clothing and graphics.

Currently, AOMG is comprised of artists Gray (그레이) and Jeon Goon (전군), producer and AOM member Cha Cha Malone, and AOM member Hep. Gray has worked with artists such as Crucial Star and Zion. T while Jeon Goon is a successful producer whose works include Taeyang‘s “I Need a Girl” and Jay Park’s “Star.” Cha Cha Malone has also produced music for K-pop groups U-KISS and B1A4 and, of course, Jay Park.

Jay Park is not the first artist to establish his own label and despite founding AOMG, he has no plans to leave current management, Sidus HQ.

Readers, any thoughts on this bite of news?