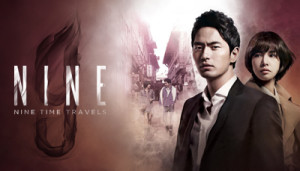 2013 has been quite the year for dramas, and since drama reviews come few and far between, here is your chance to tell us which drama we didn’t cover that you think deserves the spotlight. K-drama critics have chosen tvN‘s Nine: Nine Times Time Travel as their top pick for the first half of 2013 with other picks being God of the Workplace, School 2013, My Daughter Seo-young, and That Winter The Wind Blows. While it never hurts to have critical acclaim, we all know that that doesn’t always equal to high ratings or a fan’s love. So we want to know:

Which yet to be reviewed drama from this year do you want us to do a review on? 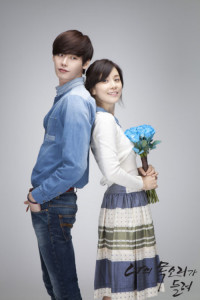 What 2013 K-drama intrigued you, had you waiting anxiously ever week for the next episode, or just plain made you fall in love all over again? Any 2013 drama that began or ended (with more than half of the drama occurring in) 2013 is eligible. Could it be Flower Boy Next Door, that caught your fancy or the often forgotten Ad Genius Lee Tae-baek? Or perhaps you liked the makjangy Incarnation of Money, Queen of Ambition, or Shark? There is also currently airing K-dramas like The Queen’s Classroom, Mandate of Heaven, and I Hear Your Voice to consider, so get voting now and let your ‘voice’ be heard.

A couple of things will be different from previous polls. Firstly, notice that there is no list of nominees to choose from below because we want the nominees to come directly from you! Secondly, the winning entry will be rewarded with a special midyear post which will contain a full review of the winning entry.

1) Nominate an entry in the comments section by writing the full English title of the drama.

Nominated entries must be limited to only dramas which began airing on or after January 1st, 2013.

3) Before nominating a new entry, please thoroughly check to make sure that the drama has not already been nominated. Duplicate entries will not be counted twice! Therefore, it would be counterproductive to nominate an entry more than once because it could potentially split up the overall votes for that entry.

5) The entry with the most up votes by June 25th 11:59 PM EST will be declared the winner! Check back next week for our special midyear post dedicated to the winning entry.

Important Note — The dramas listed below which have been either partially or fully reviewed on this site will not be reviewed again. They are thus disqualified from winning the poll and need not be nominated.

Tell us which drama you want to see reviewed next!