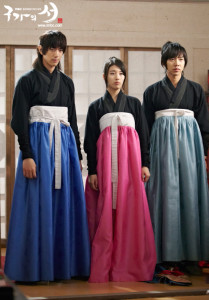 We are definitely in the thick of it with Gu Family Book, and in the past six episodes the dads reigned supreme as they did everything to hinder our leads’ love and happiness. However, the episode 13 to 18 stretch also felt a wee bit uneventful because there were many character revelations but very few surprises for the audience. These episodes relied heavily on character interactions rather than moving the plot. Lucky for us, the show handled the major dad drama well, and added in great romance and comedy. It’s only when information needed to be revealed in order to move the story that things became hit or miss.

Gu Family Book is structured so the audience knows almost all of the secrets before they are revealed to the characters. This is partly because of the enormous prologue; for example, one of the biggest reveals for Kang-chi in this arc was that Yeo-wool’s father killed his dad, but for the audience this is shown in episode two. The other issue is its sprawling cast and predictable story lines. When the mysterious merchant from Japan arrives hot on the heels of Kang-chi’s father’s appearance, the audience has a pretty good idea that she is Seo-hwa. In case we didn’t guess right away, it is confirmed for us in episode 14 that the merchant is Kang-chi’s mother, a full two episodes before any character even suspects who she is. We wouldn’t have had that information confirmed if the drama didn’t follow all of the characters around in their private baths, and we wouldn’t have guessed it if her arrival wasn’t so obviously timed.

These hints are great for making the audience feel smart, but their reveals to the other characters need to be handled with care, or else they become boring and dragged out. One of the most effectively done was the aforementioned example of Kang-chi finding out who killed his father. In order to build suspense and add depth to the characters, the show made our leading lady find out this information before Kang-chi. This worked in so many ways: Yeo-wool frets about how to tell Kang-chi, inevitably putting it off, forcing her to keep a secret from him when their relationship needs trust more than anything. It also makes her contend with the fact that her father, who she’s held in the highest regard, killed an innocent being and ruined Kang-chi’s chance at a (somewhat) normal family. 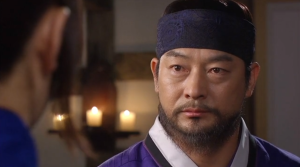 The effect spirals out as we learn this is part of the reason Pyung-joon bars Yeo-wool from seeing Kang-chi. Sure, he doesn’t want his daughter marrying a monster, but he also doesn’t want her marrying the dude whose father he slayed. In his brief scenes, actor Jo Sung-ha exhibits remorse, fear and a much richer motivation for blocking Yeo-wool’s independence by making her marry Tae-seo. We’re drawn in not by the reveal, but by the drama of keeping the secret. Of course, Kang-chi’s reaction is the best of all, as it is one of the few times the show does not fall into predictability. Kang-chi doesn’t want the past to affect the present, which gets rid of the “seek revenge for killed parent” trope. In another display of humanness, he also doesn’t hold it against Yeo-wool that she kept it from him, choosing to trust her. The secret tests their relationship, but doesn’t destroy it with unnecessary drama as we might’ve expected. Therefore, the surprising aspect becomes Kang-chi’s reaction. Surprise, character development and emotion all rolled into one reveal, the best of all worlds.

However, not all reveals are handled equally, and some are used for predictable filler. Another major arc is Kang-chi gaining people’s trust, which arises because of the mysterious killings in the forest. We all know that demon daddy Wol-ryung is behind them, so the inciting incident is no mystery for the audience. That the fellow trainees shun Kang-chi out of suspicion could be spotted a mile away, and even Kang-chi’s showdown with Jo Gwon-woong to prove his innocence is a repeated device by now. After four episodes of Kang-chi being an outsider yet again, the audience is ready to move on and get to the real story — Kang-chi and his father. It took three full episodes for Kang-chi to confirm this guy is his dad, which felt unnecessarily long. When the show falls into these dragged out, predictable bits for supposed suspense, any information revealed during them feels like it was long overdue. 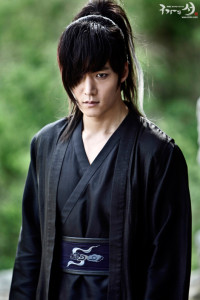 When the meeting actually happens between Kang-chi and Wol-ryung, it happens with a vengeance. Wol-ryung is no longer our charming gumiho; instead he’s a demon who barely remembers his past life. He must have some fatherly affection though, because he imparts some “advice” that rings in Kang-chi’s head for the rest of the episodes: that humans can’t be trusted and will only cause pain. This motivation makes him different from a typical bad guy; Wol-ryung is constantly battling between demon and himself, and is trying to spare his son the same fate. Choi Jin-hyuk does a fantastic job of showing his inner struggle, especially when seeing Kang-chi and Yeo-wool reflect his past. Also, his realization that Kang-chi is the only being that can kill him sets up some chilling foreshadowing. Would Kang-chi killing his father be the ultimate symbol of breaking from the past and choosing one’s own fate?

The part that probably sustained people through these last six episodes was THE KISS between Lee Seung-gi and Suzy. Though not a surprise, the suspense was well built up and the payoff satisfactory. After several near kisses, the audience gets their moment in the most dramatic way possible, and in keeping with the strong women theme, Yeo-wool initiates a second kiss. Not every character got attention during this arc — even Jo Gwon-woong seemed to slip off to the side — but the romance between our two leads blossomed. This also brought out the secondary love interests, and with some disappointing displays of pettiness it looks like Chung-jo might be an obstacle after all. Tae-seo’s forced engagement at least made some sense, but Chung-jo attempts took away the maturity she had gained and felt superficial.

Finally, in one last reveal that no one saw coming, Gon’s character took on a much more critical role. No longer simply a friend-zoned bodyguard, Gon turns out to be one of the four masters. This gives his character much more independence and complicates his relationship with Kang-chi, because Gon finally has some power over him. As awesome as Gon’s character is turning out to be, Sung Joon’s comedic facial expressions steal the spotlight. He’s given some epic expressions that speak volumes, and while they’re a little over-the-top, they are always hilarious. 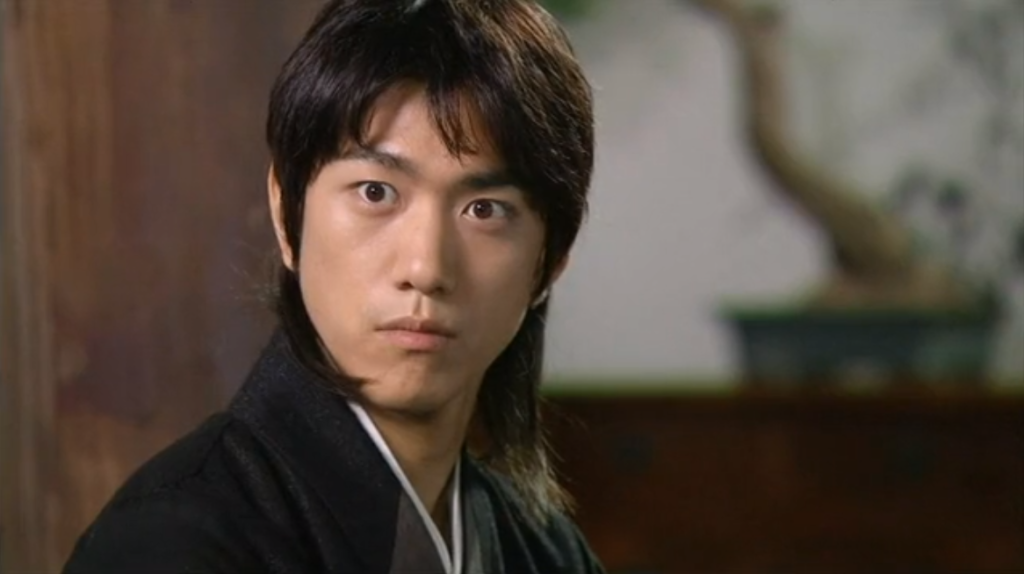 Watchers, what did you think of episodes 13-18? Favorite moments? What are your predictions for the last six episodes?