Episodes 1-3 of "She is WOW": A Fun Ride for Mature Audiences 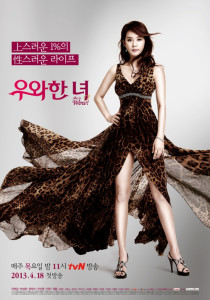 Looking for a show that will satisfy your need for constant drama? Like a little mature humor thrown in too? Then She is WOW is the show for you. The story is about a “behind-glass couple” and their struggle to keep their fake relationship picture-perfect for the public eye. I’ll go ahead and tell you that this drama is not for younger audiences, so please take heed of the over 15 rating.

The first episode paints a picture of the ideal married couple, both spouses respected and well-loved by the masses. However, intertwined with these scenes are shots of an unruly haired young man flying in a plane on his way to Korea. The deceptive thing about the beginning of this drama is that it sets you up to expect the plot to take a very different direction than it does.

Initially, it seems like the story will focus on Min-kyu, played by B1A4’s Jinyoung, because of the nature of his return to the family and how it shakes up his parents’ structured lives. He is a disrespectful and immature drunk who is still trying to graduate high school at the age of twenty-one, making him the perfect character for a family comedy.

However, the focus quickly switches over to Jo Ah-ra (Oh Hyun-Kyung), the WOW girl with her personal issues in sex life, professional life, and in marriage. Accompanying her is her husband Jung-han (Park Sung-Woong), who comes across as an uptight jerk without any problems other than having a difficult son, and being with a woman he isn’t interested in. Although this is the initial picture painted by the script, everything is turned on its head by the end of the first episode. 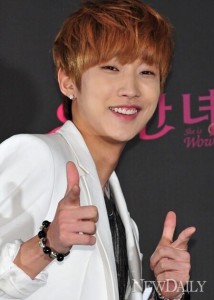 SPOILER ALERT: from here on I will be discussing major plot points in the show. If you have not seen the first episode, do not read any farther.

That’s right, I’m talking about the big gay twist at the end of episode one. Having the husband character have an affair with a man instead of a woman sets a unique tone for the drama. Although this problem seems like a perfect chance to do something innovative with the topic of gay media figure heads hiding their sexuality, the show has yet to go in that direction. By episode three Jung-han and his lover Sung-ki (Kwon Yool) are still as emotionally distant as ever. This is one of the biggest issues with the acting in the show thus far; these two men are supposed to be in love, but all of their interactions are bland, sterile, and at most familial.

Other than that slight complaint, the acting in the show is high-quality overall. Jinyoung is surprisingly convincing in his role as the rebellious son, to the point that it is difficult to remember that he is, in fact, the sweet leader of B1A4. The interesting character development isn’t limited to the main family either, the supporting characters are just as quirky and well-acted, if not more so than the main characters. Jo Ah-ra’s brother, Sang-bum (Jo Han-chul), and the neighborly couple (played by Han Jung-soo and Ahn Sun-young) are turning out to be just as essential to the story as the main characters. 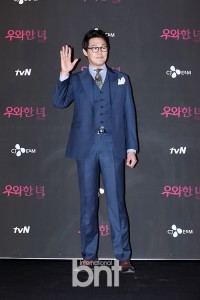 Speaking of the lead family’s neighboring couple, the portrayal of their sexual relationship is a great example of the artistic humor used in this drama. The innuendo used in their sex scenes is similar to the innuendo used in the intro credits of the show, which creates a cohesive theme for the sexual humor overall. This is inevitably one of the reasons the drama has a higher age rating, because any reference to sex is fairly blatant; I mean, come on, having the gay dad eating a banana isn’t exactly subtle innuendo.

The show is still in its early stages, so the plot is still developing, but from the way things are looking in episode three, things are only going to get worse in the marriage before they get better (if they get better at all). Unlike how it seemed in the beginning, there is a distinct lack of humor in the lives of all the adults in the show, and this makes Min-kyu’s segments feel like comic relief. His issues can be seen to be as complicated as his parents’ problems, but despite the big deal that graduation is to Min-kyu, the treatment of this storyline has been comparably less heavy-going. Degree of dramatics aside, the show’s characters are being portrayed as equally selfish.

Since the drama is still in the build-up and back story phase, it makes sense that each character is focused on their individual concerns, but it’s making it difficult for us audiences to feel sympathetic towards any of them. The only character that doesn’t seem completely self-absorbed is the quiet Sung-ki, but since he was barely in the latest episode, and didn’t have any significant lines to speak of, his presence is getting forgotten in the melodrama of the other characters’ lives. Hopefully they will build on his role soon, instead of leaving him to be a one-time plot point just to bring up the issue of homosexuality in the marriage. 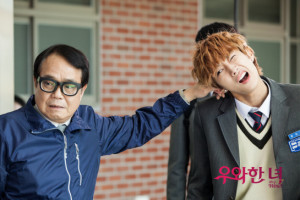 Jo Ah-ra coping with her age and fading fame is another interesting plot line to keep an eye on; hopefully, she’ll find empowerment somewhere down the line, instead of relying on men to fulfill her. Her latest move to blackmail her husband may in fact be an indication of that direction. She’s a character that has made sacrifices throughout her life to achieve her goals, and even when her life is in a state of collapse, that personality trait is carrying over. It will be rather disappointing if this characteristic is lost further into the story.

With Jo Ah-ra and her husband both having affairs, their son failing school and having a dubious relationship with a teacher, and everyone around them trying to tear the couple’s perfect image to the ground, it doesn’t look like this drama is going to get boring anytime soon. Currently, the only character I’m connecting with is Min-kyu, but hopefully I’ll soon be able to find traits in the other characters to sympathize with. There is a lot more to talk about, but let’s turn the conversation to you readers. Are you watching She is WOW?