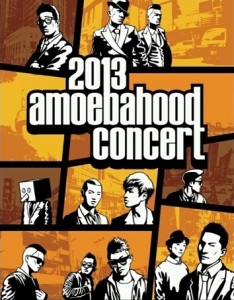 If I had a chance to teleport two weekends ago, I would’ve made the effort to get to Seoul’s Olympic Hall in Olympic Park for the 2013 Amoebahood Concert on March 16th and 17th. The lineup was made up of some of Amoeba Culture‘s finest: Dynamic Duo, Supreme Team, Primary, Yankie, Planet Shiver, Rhythm Power, and Zion.T: in other words, a delightful night. Performances in California and Washington in the United States from 2012 have had me hoping for a repeat this year. In honor of the concert — which is in its second edition — let’s take some time to go into the artists under Amoeba Culture. Taken from their website:

The single-celled amoeba.
It began reinventing modes of convention through its own creativity and imagination. Positive energy fueled this innovation to create a new kind of culture. Amoeba Culture strives to continue our efforts in always creating new ideas and positive energy for the further growth and spread of good music and culture.

Probably one of the best parts of Amoeba Culture, and K-hip hop in general, is the amount of collaboration that goes on amongst its artists. X produces for Y who features with Z in X’s own work and later writes a song for W with a feature for Q, etc. Of course each is talented in their own right, but what happens when they come together, as often is seen, is something really great.

Amoeba Culture is by no means the only source of hip hop around. Goodness knows you could check out Jungle, Hi-Lite, Brand New Music, Illionaire, Sniper Sound, and more, not to mention the other numerous crews around that overlap all of the above and more. But it does have some of the more recognized artists in mainstream music, most definitely with Dynamic Duo and Supreme Team and more recently — 2012 recently — with Primary. To start it off, let’s go with the members of the label that have been around the longest: Dynamic Duo. 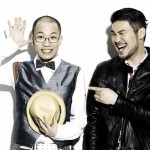 The two debuted as members of K.O.D in 1999, later becoming three in 2000 under the name Critical Brain Mass (CB Mass). They released three albums before third member Curbin was accused of stealing money from the group, leading to the disbandment of the trio. This in turn created the Dynamic Duo (in 2003) of Gaeko and Choiza as we now know them. Their first separate album, Taxi Driver, was released in 2004, and is probably still one of the best albums out there today. They released another in 2005, and it wasn’t until 2006 that the two decided to establish Amoeba Culture with a couple of their friends, though the idea had been present since 2004. Enlightened was the first album with their new label, their third full-length one overall. Since then, the duo have released 3 more albums, their last one in two parts — the first part to this album was unveiled just three months after the two were discharged from the military. Most recently, Gaeko has started Amoeba Culture’s NOWorkend project with “Rhythm is Life.” Choiza’s fifth in the line for the collaborative project; his song is the next to drop.

These guys are seriously impressive, and they don’t need me to say it. Here and here are bits to start you off. And there’s also an art toy collection released under the name Amoebahood, for the duo’s 10th anniversary. 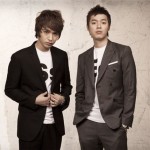 Supreme Team, comprised of Simon D and E-Sens, joined the label from the underground scene in 2008. They went on to release their first mini-album, Supreme Team Guide to Excellent Adventure, in the latter half of 2009. A full-length album followed in 2010 — Supremier — and the single Ames Room was released later in the year. The two intended to promote solo albums in 2011, however, E-Sens became embroiled in a marijuana scandal that led to a sentence of prison time that was reduced to a probation during his final trial. As a result of the incident, E-Sens halted his activities. Simon D went on with his individual promotions, releasing Simon Dominic Presents ‘SNL League Begins’ in October 2011. In late 2012, E-Sens made a comeback featuring in one of Primary’s tracks, “Poison.” More recently, Supreme Team has returned as a unit with the fourth part of the NOWorkend project, “Stay Still,” featuring Crush (a member of the VV:D crew), which is part of the single Thanks 4 The Wait.

The duo is known most for its hard-hitting songs like “Super Magic” (from their debut album) and “Dang Dang Dang” (from their repackage for Supremier, Spin Off), but songs like “Only Need You” featuring Gaeko and “Darling” featuring JC could just as equally get you. 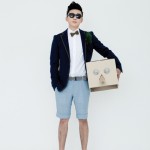 Primary’s music is as smooth as it can be, always giving off a very polished and sophisticated vibe. His name comes from the music term ‘primary dominant.’ Officially, Primary had been associated with Primary Skool (P’Skool), a hip-hop crew that debuted in 2006, and Primary Score, a project duo with Score, who is currently a producer for Younha. But he certainly hasn’t been limited. He’s been involved with quite the number of tracks here and there since around 2004, building a good name for his production skills. And it was about time he got his own album. After over a year of releasing music in four parts for his hefty Primary and the Messengers LP, the album was released as a whole in October 2012 with 23 “messengers” and 20 tracks along with a music video of “?” featuring Zion.T and Choiza of Dynamic Duo. For the more idol-inclined, this is the man behind Infinite H‘s Fly High. 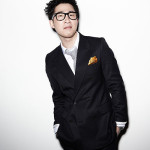 Yankie’s been hanging around since 1999; his activity in the scene led him to form TBNY (The Basement Noise Yellas) with Topbob in 2002. With this identity, he’s produced his own music and worked with other artists. The duo’s first EP, Prosac, was released in 2002. It wasn’t until 2006 that TBNY released a full album, Masquerade, with songs like “새” featuring DJ Friz and “기도” featuring C-Luv. It was followed in 2008 by HI Side A with tracks like “Afterimage” featuring Kwon Ki-bum and DJ Friz, and “Slowly” featuring Mellow. In 2010, TBNY was put on hold as Topbob joined Bumkey to form the duo 2winS. Individually, Yankie released a single album, The Wind Breaker, in 2010, and a full-length Lost In Memories in 2011. His sound is like a lot of the others at first listen, but after a while it’s possible to pick up his subtleties; each of his tracks also carry a distinct quality. As part of the NOWorkend project, Yankie was up second. This release brought about my favorite track (thus far) from the project: “I.N.D.O“, which stands for “I Never Die Out”, featuring Tablo. 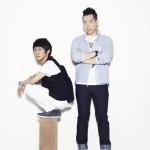 Planet Shiver is a group of two — DJ Friz and Bart (previously known as Philtre) — that debuted in 2008 as a trio; the third member was DH Style, the only female, and she left sometime before the remaining duo put out their latest 2011 EP. The trio’s debut was established through remixes on the repackaged version of Dynamic Duo’s fourth album, Last Days, and through joint work with Epik High the following year — they remixed and remastered the latter’s hits for Remixing the Human Soul. Planet Shiver had joined Epik High’s independent label, Map the Soul, in 2009 when it was first formed. They also released the EP Momentum near the end of the same year. The trio moved to Foundation Records and released their second work, Everlasting, which brought about remixes from fellow Foundation artists DJ Rubato and Soolee. Mid-2011, the now-duo released their most current EP, Twilight Zone, including “Lullaby” featuring MYK. A year later, the duo joined Amoeba Culture, adding their electronic and trance sounds and producing skills to the mix. 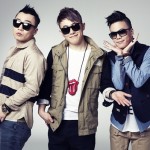 Rhythm Power, formerly known underground as Radioactivity, is made up of three members: Geegooin, Hangzoo, and Boi B. They qualified to join the label by audition, beating out other talents to take a spot in Amoeba Culture’s lineup. In the aftermath of 2011’s disaster in Japan, radioactivity was recognized as a term that was imbued with fear. As a result, their group name was changed to Rhythm Power, a name taken from the title of a song that was released on 2010. For their debut, “Rhythm Power” was remade and remastered and released in May 2012, ahead of their July mini-album, Everyone Is Good-Looking. The group’s style is energetic and comical, with Geegooin’s higher pitched rapping contrasting with Big Boi’s lower pitch and Hangzoo’s rich vocals. As a whole, their debut EP is an upbeat joy to listen to, especially title track “Real Man” and “Positive Rhythm.” 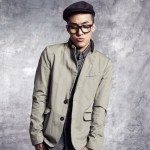 What to say about Zion.T? He was third up in the NOWorkend project, releasing “Two Melodies” that features the aforementioned Crush. Currently, he’s preparing his own album to be released sometime this year, which is definitely something to anticipate. And that’s all I got. Why? Because Gil’s got Skinny Red covered. 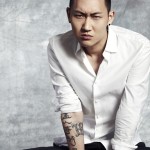 Missing from Amoebahood’s lineup was J-Tong, who joined Amoeba Culture in December 2011. He’s the leader of the crew Buckwilds, and last month, he opened up Club South Town in Busan to be a home of sorts for the crew. During the concert in March, it seems, at least from his Twitter, that he made stops in North America, including Texas for SXSW (perhaps catching some f(x)?) and Toronto. In 2011, J-Tong released the EP Busan and gained recognition for the single “Goo Goo Ga Ga.” In October 2012, he released his full-length album Mohican and the Barefoot, bringing songs like “A Song to Sing When Drunk” and “Illest Konfusion” featuring Simon Dominic, Beenzino, and Zion.T. J-Tong’s music is definitely more hardcore than the others, with strong sounds and more frequent use of rock.

As a whole, Amoeba Culture has been on an upward climb, churning out solid songs as they continue to bring something new to the scene, as well as sustain strong public support for their artists. I most anticipate coming releases in the label’s NOWorkend project and whatever music they’ll continue to create.

Any thoughts on Amoeba Culture? Do you have any favorites? Artists, songs, styles, or otherwise?