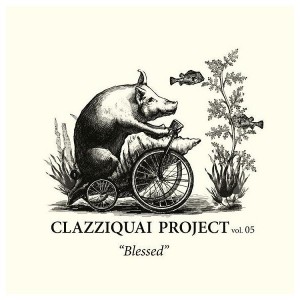 To say that we have waited a long time for Clazziquai to comeback as a group could be a bit of an understatement. In an age where new songs are seemingly released all the time, to work separately for more than three years would be an eternity. Then again, given that Clazziquai seem to occupy a position above the run-of-the-mill idol group, their inactivity could be easily excused as the members each enjoying individual pursuits, as well as seeking to create better music.

So the question is, was the wait for worthwhile?

Judging from the up-beat song “Sweetest Name”, the answer would be a rather guarded yes. On one hand, it is a slickly produced electronic-pop track, the stuff that Clazziquai have become very good at. The various parts of the song mesh nicely without sounding too jarring at any point, as well managing to nail the fine point between keeping the listener entertained and not falling into a repetitive hook.   Also, given how Clazziquai have practically owned the “slightly upmarket electronica” market since their inception, one could argue that running in position, and giving audiences more of the same could be all that is needed to succeed.

Then again, judging from the cooled responses to previous promotional releases, such as “Love Again” and “Lover Boy”, a case could be made for how starting the album off with the songs that play most closely to the Clazziquai formula do not exactly show them in the best of lights. Also, the slow state of evolution, to the point of stagnation with every release since their debut album Instant Pig could be worrying to say the least.

Given how the members are no strangers to experimenting with genres outside of the types done by Clazziquai, judging from their solo projects, surely some risk taking at this stage of their career could be warranted?

Another track worth mentioning would be “Love Recipe”. Smooth, makes for relaxing listening, and the MV does appear like laid back fun, reflecting the mood of the album. However, the whole thing does seem to rethread familiar territory last explored in “Romeo and Juliet” off their 2007 release Love Child Of The Century.

Then again, maybe the whole point of these tracks were not to wow listeners from the get-go, but rather to serve as accessible introductions for those new to Clazziquai. Seasoned listeners who seek something new would be far better with “She Is Great”, an up-beat acid jazz number that shows some influences from DJ Clazzi’s solo projects, namely well-chosen guesting as well as stronger electronic-dance influences, but coupled with the more laid back sound that is a Clazziquai trademark.

Other tracks that also show more dance influences would be “Love Right” a bossa nova dominated number with hints of electronica, as well as “Like A Diamond” which starts off with a slow piano, building up into a chorus that could fit nicely into a club-friendly tune, and then slowing down again, before ending off on the chorus.

The rest of the tracks fall into comfortable patterns of mid-tempo instrumentals laid with pleasant vocals, with the exception being 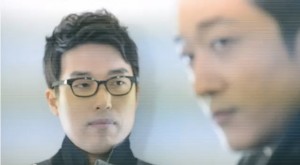 the closing track “Still”, which is a melancholy, laidback tune, and a very fitting way to round out the album.

For fans who have waited seemingly forever for Clazziquai’s latest, as well as those seeking out accessible Korean music that is a cut above what most idols put out, this album is worth a listen. The production smoothly integrates varied sounds together and rewards repeated listening, while the songs flow smoothly from one track to the other.

On the other hand, those who have had heightened expectations from previous albums (after all, Instant Pig was as good as debuts got), or who have gotten interested from the individual members’ solo projects, might be disappointed to find that some of the tracks have been watered down in nature or that the music has not evolved much from past releases.

Balancing out the scores from these two camps of thought, Clazziquai’s latest album gets a 3.8/5 from me.