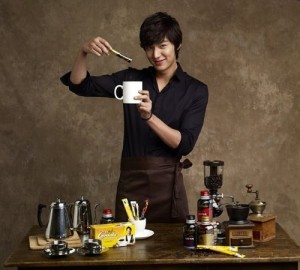 As an avid cha drinker, romancing coffee has held little to no significance for me but that doesn’t hold true for the country known for its cha – South Korea. The swirling brown liquid with its intoxicating whiff of coffee beans holds much importance in the South Korean public and private life including the K-pop scene. It is almost impossible for any fan to not know at least a single song dedicated to coffee.

To topple a native drink is no mean feat and surprisingly, this toppling happened over a considerably short period of time. Introduced in Korea in 1890 by King Gojong after his political trip to Russia, it became the drink of the masses by 1990s and got its international boost after the establishment of Starbucks in 1999. In the last five years, the coffee industry in Korea went through a massive boom becoming the 11th largest coffee market in the world. Such sudden changes are bound to bring significant changes not only in the economic sphere but also in the social sphere leading to the rise of a prominent coffee culture.

Coffee culture of course differs from place to place. If in the States it is a mark of individual solace, in India it is strongly associated with coffee houses – the loci of political, literary and artistic movements. Similarly, South Korea, with its unmatched emphasis on cafes creates a distinct Koreanized coffee culture for itself keeping the “Western” attributes at bay. This detachment from “westernization” but aggressive inclination towards “modernization” through the medium of coffee has led to certain interesting negotiations and redefinitions.

Jang Jung-hee in her essay, “Korean Café Culture: What Cafes Mean to Koreans” stresses on cafes being essentially social places. Yes, there may be study cafes, or Xbox cafes, or Cat cafes – cafes which make special place for the individual but individualism is only restricted to theme cafes. Individualism is then commodified as a theme and not an ideology. Interaction in normal cafes, therefore, becomes a must. Korean cafes “exist as spaces that is socially produced and consumed.” Think about Big Bang’s angsty “Café” or CN Blue’s upbeat “Coffee Shop“; both talk about social spaces. If Big Bang moans about the lack of one (and by default, the song becomes ‘sad’) then CN Blue literally maps out the Korean café demographic –

However, collectivism in a ‘modern’ space of the café doesn’t work according to textbook definitions or according to warped understandings of the East’s ferocious homogeneity. The very existence of the western ‘café’ implies certain negotiations which have led to a spurt of a different kind of individualism.

The act of entering a café, usually lining busy streets, conveys a literal break from the daily hustle-bustle of life. Even if you enter the space with a group of friends it essentially marks a separation from crowded streets, from all kinds of people and instead situates you in a place where people are most likely to be from the same economical and social background. This of course doesn’t imply that all café consumers are alike but it does imply that café consumers are filtered. 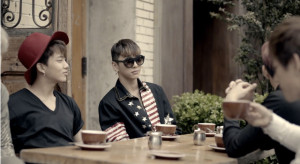 As much as K-pop would like to shove down my throat the trope of coffee as a romantic device, fact remains that café function as comfort spaces. They are not created to feed the interests of couples but they are geared towards taking care of groups of individuals who treat cafes as a much-needed break from their insanely fast-paced lives. Being a space where time moves painfully slow, cafes turn out to be hotspots for the working population whether they sell good quality coffee or not.

Theme cafes further propel the idea of grouped individualism where they gather a distinct stream of society in a collective space. It caters to particular type of consumers then – the lonely student, the avid gamer, the dog lover, the traveler, and more. In more off beat areas like Hongdae, being a distinct individual is stressed upon because the ‘difference’ gives you the ticket to inclusivity; in order to disappear among the crowds, you need to be different.

Clearly, this is an individualism which creates opportunities for collectivism. Cafes therefore treat groups of individuals as individuals themselves. There is an unspoken code of not listening to another groups’ conversations because that is considered infringing upon an individual’s private space. This respect allows for a certain freedom of speech where one can talk about anything and everything without being judged all the while knowing that what happens in the café remains in the café.

Finally, if cafes are instrumental in homogenizing the population by stressing on collectivism, they are also instrumental in breaking out of that homogeneity. With cafes lined by every street in various shapes and sizes, trying to gain hold on the saturated market, these have unknowingly turned themselves into tourist sites. Considered a blend of Korea and the West, foreigners flock to cafes to relax and to experience the nation. This manages to crack the homogenous bubble compelling native consumers to interact with foreigners and often settling into long discussions about each other’s country.

Ironically, therefore, this ‘social’ space also ends up functioning as a space for self-meditation, organization of thoughts, facing your fears – freedom.

Driving the café industry to achieving rising profits are young women consumers in their twenties. When the majority of the consumers are women, the cafes will invariably bend towards fulfilling ‘feminine’ needs. Cafes are built keeping women in mind, be its architecture or the menu. It is not a coincidence that 90% percent of gourmet cafes would qualify as cute and cozy. Cafes usually don’t cover much space and even if they do, they arrange the seats in a manner such that consumers don’t realize it to be a large space – the idea is to make it warm, comfy and close; close enough for giggles and whispers. Also, since women need to gossip and shop – let’s just play along – cafes prove to be the perfect comfort zones for relaxing their bruised legs while catching up on the latest tidbit. The only bitter drinks that cafés usually have are Espresso and the famed, Americano and these are considered manly drinks, reserving the sweet lattes and caramel macchiato for the ladies. 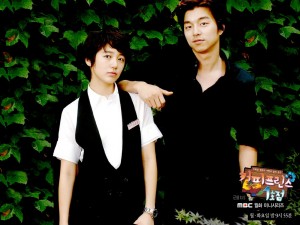 While women can saunter into a café at anytime with anyone, men have certain unsaid restrictions. It is considered weird for men to sip their coffees within cute café interiors with their other male friends. A man proposing a coffee break at a café to other men is most likely to meet with the response. “Am I your girlfriend?!” This is not to say that men do not visit café together but they find it awkward consuming the café culture with other guys. Part of it of course has to do with the feminization of café culture where women are the prominent consumers or waitresses while the (limited) men are the baristas and part of it also has to do with propagation of cafes in popular culture as the icon of romance.

Just think of “Coffee Prince” and that should make matters self-explanatory. Everything about the café screams romance in popular culture be it K-pop, K-drama or K-movies, and of course, to a certain extent it affects the consumers into believing so. Therefore, while it’s manly to chill with friends in a bar, it’s all awkward laughs and shifty eyes in a café.

If a man and a woman enter a café, there is no rescuing from the couple tag nor is there any escaping from the heterosexual tag. Coffee dates, therefore, become an integral part of the Korean dating culture with cafes acting as over-eager matchmakers.

Jazz, jazz and more jazz – cafes in South Korea cannot do without a jazz music playlist, and why not! Jazz music is ideal to create that perfect ambience to relax, or hum, or merely to escape. Light vocals, lighter musical arrangements within the dimmed interiors of a cozy café spells heaven even for this tea connoisseur!

Naturally, it’s no place for mainstream K-pop but rather the ideal stage for the K-indie scene and this makes sense if one buys the rumour of South Koreans preferring indie songs to mainstream ones. Clazziquai’s “Novabossa” is the microcosm of the prevalent culture of café music – not only is it indie jazz but belongs to that special but popular sub-genre of jazz – Bossa Nova. While standard jazz is the trend in most cafés, there seems to be a greater preference for Bossa Nova songs. Songs with stronger and distinct beats like Casker’s “Mocha” or Humming Urban Stereo’s “One Cup of Coffee” therefore, end up being café favourites.

That the last two songs belong to the “Coffee Prince” OST collection is not a matter of chance. The drama is pretty much the storehouse of the perfect café songs from genres, singing styles to lyrics – “Coffee Prince” is the dummies’ guide to South Korea’s café culture.

In such a K-indie dominated scene, it almost becomes impossible for K-pop to figure into a café playlist unless an idol or their relative owns the café. With no other way left to capitalize on this icon, K-pop resorts to including coffee references in their songs and café sets in the music video.  And of course, these songs are about love – bitter love, sweet love, latte love, caffeine love, with ice-cream love, without ice-cream love but love at all times. B.A.P’s “Coffee Shop,” Yoseob’s “Caffeine,” Epik High’s “Coffee” and Seo In-guk’s “Mellow Spring”are only few such songs capitalizing on the coffee wave.

With cafes being conceived as comfort or dating zones, it seems to lack a crucial function which cafes in some other countries are known for – jam sessions. Dominated by young adults, cafes function as the perfect space for aspiring musicians to break into a song with minimum instruments and excellent vocal projection. Musical congregations of sorts, café jam sessions are usually less stressful and often inventive. However, both in the K-pop and K-indie scene, there seems to be a lack of songs and music videos dedicated to such acoustic miracles. The only one that comes to my mind is 10cm’s “Americano” and the song’s not about love!

Coffee culture in South Korea is far more complicated than this. Despite the innumerable cafes — their births contingent on a liberal arts education system — it is still the instant coffee which appeals to people from all economic spectrums. Café is still an elitist sphere which prevents it from being a symbol of “globalization” earning strong resistance from people who do not form the creamy layer of the society. The Koreanization of the culture has made it more accessible to the native population but at the same time it has become difficult for other countries to adopt the Korean café culture reducing it to a little showpiece in Korea.