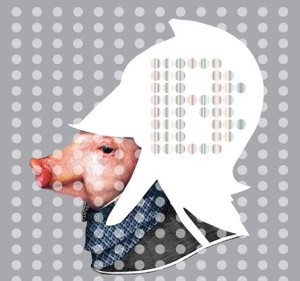 After prolonging the celebration of their 10th anniversary since debut, Clazziquai Project has finally released their sixth album, Blink. Prior to the release of the album, the trio — consisting of DJ Clazzi, Alex, and Horan — released the tracks “Love Satellite” and “Madly.” These singles served as a sweet teaser for what to expect from them: electronic music with the Clazziquai Project flair.

It’s difficult to classify Clazziquai Projects sound as other than electronic. They dabble in so many different genres. Blink is a prime example of this eclectic musical taste. The album contains tracks that are dance, some that are jazzy, and some funky. While the electronic runs throughout, there are still variations that keep the album’s sound from being stale and repetitive. Blink also includes effects that would make it a great OST for a space-themed/futuristic movie.

The album begins with the true title track: “Still I’m By Your Side.” As a dance track, the song features a heavy bass line and some cool snaps. It does seem more Alex focused due to his voice overpowering Horan’s during the sections where they sing simultaneously.

“Madly” was the second pre-release track and featured a sexy and seductive MV. While the title track is dance, “Madly” is jazzier and funkier. It’s still incredibly danceable but more suitable for the type of dancing featured in the MV. Like “Still I’m By Your Side,” the song also seems more focused on Alex’s vocals.

I wish the first two songs were a bit more balanced, but the rest of the album does a better job with the variety.

For the first ballad-like song on the album, there is “Crave You.” It would be really hard to truly describe the style for this song. It feels like a ballad, with the rhythm and lyric spacing, but the beat is a bit faster than what is normally associated with ballads. This is also the first song that felt like Alex and Horan truly have equal parts.

Now, first, the good news about “Android”: it’s like 70s or 80s funk pop. With the monotone verses, the song is reminiscent of “Sweet Dreams.” It’s also an English track sung by Horan, whose solos are always welcome. Now, for the bad news. The song features repetitive lyrics, with really only one verse, chorus, and bridge that is repeated. There are also the rather annoying spoken parts which seem sorely out of place. If these bad things were different, this song would be truly awesome. The string section break was great, and the song is pretty groovy.

“Maybe Baby” is my personal favorite song from Blink. It’s hard to not like a ballad from Clazziquai Project, which is odd considering they are consistently considered an electronic dance group. With the light piano intro, “Maybe Baby” is a sweet R&B ballad, with a sort of slickness in the sound. The song also showcases the great meshing of Alex and Horan’s vocals. They are more balanced and carry the same style. The additional backing harmonies that begin during Alex’s parts are also very pleasant.

As we get into the second part of the album, we begin to hear more of classic Clazziquai Project and what is normally expected from them. These last songs on the album are more laid back and groovy.

First up is the first pre-released single, “Love Satellite.” This is another funky electronic track and has elements of disco. It’s hard not to think of doing the hustle during the song. The music definitely took the title literally. DJ Clazzi is putting down some prominent air-travel effects, such as plane engine noises and sounds typically associated with intergalactic space travel in entertainment.

My favorite part of “Come On and Go With Me” is the stop-and-go beginning: we get a 4-beat intro then a sudden rest before the music starts again. The song follows the same disco style as “Love Satellite” but is done in a less spacey fashion.

“Life etc.” is a pretty groovy song. Despite it being a higher BPM, it doesn’t feel rushed or abrasive. With the busier drum part, the heavy string bass line, and the bright brass instruments, the song also has a big band/jazzy feel to it.

“Call Me Back,” featuring Baechigi continues the group’s trend in featuring hip-hop artists. The inclusion of Baechigi is a good feature – it doesn’t seem out of place. Additionally, since the rap duo’s parts are rather extended and alternate with Alex’s parts, the flow is also better than with the usual features. The song also finds the balance between Clazziquai Project’s style and hip-hop and still stays smooth.

To end the album, Clazziquai Project brings another ballad, “Think About You.” This is essentially an Alex solo, though we do hear Horan backing. Alex’s vocal abilities can’t be denied, and he sounds great. “Think About You” is the least electronic song on the album, featuring mostly acoustic guitar and keyboards. It’s rather soothing and an enjoyable listen.

If there is one thing to complain about overall, it’s the repetitive lyrics. Many of the songs feature choruses that constantly repeat the same line, which is nothing new in music. However, the real kicker is when an entire song is just a repeat of itself, such as the abovementioned “Android.” This is nothing new for Clazziquai Project, but I do wish there was some more variety.

Blink gives both Horan and Alex chances to shine individually through their solo songs. The album does appear to focus on Alex more, perhaps due to his ever-growing recognition from acting. Whatever the reason, the album does seem to lack a strong Horan presence, and more of her distinct vocals would have been greatly appreciated.

Blink is an album full of love songs, essentially. Despite the same lyrical theme being in every song, the musical differences still make the album hard not to enjoy. Clazziquai Project once again delivers a quality album. They haven’t lost their way after 10 years, and it’s great.