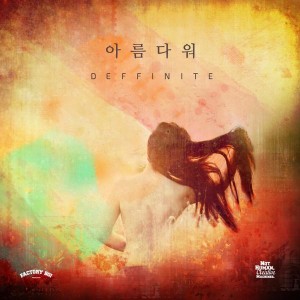 Welcome to another edition of Seoulbeats’ Indie Gem! As you may know, we often use this segment to bring you artist recommendations from all over the indie spectrum, writing about their history, discography, music style, and highlighting a few standout tracks.

However, if there is one thing we have learned from this segment, it is this: too many artists, too little time. For this round, I wanted to highlight some indie summer singles that should not pass you by. A few are from familiar faces, and a few are from newcomers, but they will all help you hold onto summer a little longer.

The summer hip-hop singles that caught my attention were all about the smooth beats and romantic feelings. First up is Deffinite (yes, two f’s). His July release “아름다워” (“Beautiful”) might be my most played single for the summer. It has an easy beat that is perfectly suited for grooving, and the song also allows for Deffinite’s voice to be heard. I particularly like the grainy quality of his voice — during the verses — which smoothens out in the chorus.

If you like “Beautiful,” you should also check out MC haNsAi’s “Baby.” Another grooving song, MC haNsAi’s voice is pure velvet the whole way through, and the song showcases his higher register. The earnestness in his singing carries through to the video, which has a sweet home-video quality.

From these smooth beats we move to the songs that are calm and upbeat. Oxymoron? Maybe. But so many K-indie artists are masters at creating songs that lift you without hyping you up. Two releases that illustrate this are actually previous Indie Gem stars — Fromm and Clazziquai Project.

In May, Fromm released Under the Daylight Moon, an EP of three songs that will not disappoint fans of her 2013 Arrival album. Off the EP is “A Spring Day Out,” which was technically released before the summer solstice, and of course references “spring,” but can still be counted as a summer kickoff jam. The music is perfectly light with its repeated bell-like sounds, while Fromm’s voice lends some weight to the track with its candid, open quality. The MV is 100% fun, and the un-synchronized dance is a surprisingly nice break from the hyper-synchronicity that we all know (and love).

Clazziquai released “Madly” in anticipation of their 10-year anniversary, and was an instant fave. The video features Lee Sun-tae and Jung Hye-min from Dancing 9, and is a little bit sweet, a little bit sexy, and a lot of fun, especially with all the pig nose shenanigans. The visuals partner well with the music; the great dance beat is whimsical with dashes of string instrumentation. Be on the lookout for their 10th anniversary album, which should be dropping soon.

Despite being fairly low-key, these summer jams have not been lacking in the dance department. All that changes here. Everyone needs to let loose once in a while, and the rock singles are not to be overlooked.

Indie Gem veterans GoGoStar returned with their Broken Night album, with the title track “Broken Night.” True to their style, “Broken Night” is a punk rock piece, harking back to their older songs, while still showing an evolved sound. Sun-ah‘s “Hey! Ho! Let’s go!” not only recalls that famous line from The Ramones, but also the GoGoStar’s own older work. Two years after their last EP Highlight, which was definitely an exploration in synth-dance, “Broken Night” presents what solid footing GoGoStar has landed on. Their composition is tighter and more complex, with more vocal layering, but they are still playing with punk, as the MV also shows.

I’ll leave you with Daybreak’s “Hot Fresh,” which is a pure pop synth track that absolutely screams ‘summer’. Off their CUBE EP, the “Hot Fresh” MV is set on a beach and interestingly does not feature the band, but plenty of fun (and funny) dancing.

This list is by no means complete, of course, so now it’s your turn to tell us what indie singles caught your ear over the summer!