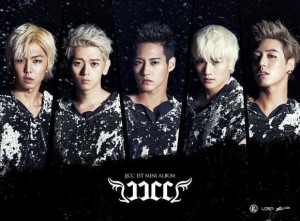 After releasing a number of humorous countdown videos for their comeback, JJCC have released their new track, “Bing Bing Bing (One Way).”

When the initial teaser came out, I was unsure as to what to think of “Bing Bing Bing.” It was quite the departure from their debut track, “At First.” “At First” was an R&B track, while “Bing Bing Bing” is electronic dance. Despite my misgivings, “Bing Bing Bing” has turned out quite nicely and well put together.

The initial listen doesn’t really make the song special or even leave an impact — I was almost ready to completely write it off as just another typical Duble Sidekick dance track. However, after a few more plays, the catchiness came through. Like it did for me, the song is likely to embed itself in your brain, and soon enough, you’ll be singing the “bing, bing, bing ohh” bridge.

Since this is a dance song, there are a lot of unnecessary, and slightly annoying, noises in the background. (MV effects don’t help much, either). The most annoying is that high-pitched noise that comes and goes. I understand that it’s part of the track, but man, does it grate on your nerves. When it comes to electronic music, sometimes, less is more.

But, all is not lost for the track. The musical dropouts during the bridge are nice and they provide proper transition. Also, with the final pre-chorus, the use of just the piano and drums is nice.

Yes, let’s just go ahead and say that the MV is a bit cheesy. You can only do so much CGI in a video before it crosses that line into being slightly laughable. While cheesy, the special effects do have a purpose, making sense in the grand scheme of the MV. JJCC is living in a high tech grid (TRON anyone?) and they’ve even got robots.

The effects match up with the musical effects used in the track. For example, when the music swells at 0.37 in the MV, the bars come up out of the floor. When there’s a heavy down beat, we see lightning. As the final major beat drops for the last chorus, JJCC destroys the robots to create a mega-robot. It’s like Optimus Prime being revived by the Matrix of Leadership, or Power Rangers morphing into the Megazord.

You have to give JJCC credit: they’ve stuck to their concept of having powers. This time around, they have the ability to raise and defeat an army of robots — and all the while being shirtless. Hopefully, these robots aren’t set on acquiring sentience and overtaking Earth. They do dance nicely, though. 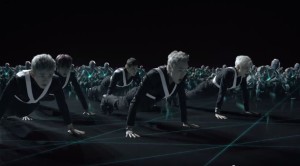 The glimpses of the dance offer a good taste of what JJCC has to offer. This is particularly true during the “bing, bing, bing, ohh” section. It’s one thing to do a full push-up; it’s another to do a few of them and then plank. While doing the move in a circular motion prevents overtiring, you have to admire the group’s strength in pulling off such a move. In order to match the style of singing in the different parts of the song, the group uses sharper, more explicit arm movements during the verses, and transitions into smoother, slicker body movements during the pre-chorus.

Additionally, the group uses the K-Tigers as back-up dancers. This means that audiences will get a treat of seeing some great acrobatic and martial arts moves. It doesn’t even appear out of place, considering the group itself is impressive in the same area. You can see more of their skills in the live performances.

One complaint is the lack of member Prince Mak, who gets about 5 seconds of solo screen time in a 4-minute MV. This is such a slight considering he has more lines in the actual song than people will believe. In their debut, due to injury, Prince Mak was absent from the MV. To a lot of people, particularly those who don’t follow JJCC, he’s new and unknown. So, you’d think that he would get some more screen time. He’s also been the most active member on social media. He’s a familiar face and well-liked. That should have been played up. Instead, the MV (and the song) comes off as heavily biased toward the lead vocal Eddy.

While not spectacular, “Bing Bing Bing” is a solid and decent comeback for JJCC. This would’ve earned a higher rating if not for the annoying overuse of electronic effects.

What do you think? Let us know in the comments section below! 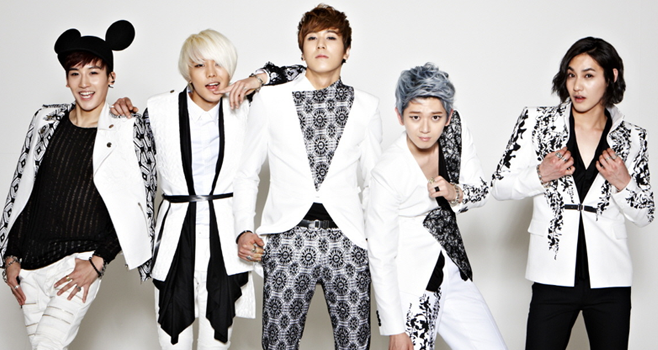 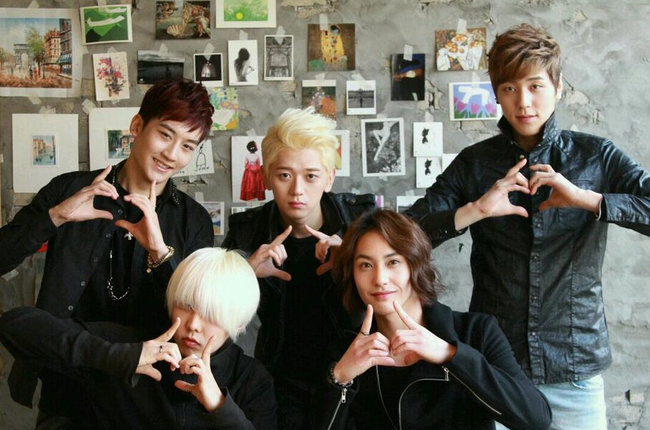 Why JJCC Could Have Been the Next “Gangnam Style”