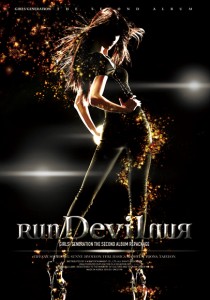 It’s no secret that packaging is crucial in the Korean music industry, from performance outfits to weekly changing hair colors. Honestly speaking, I never tend to judge a book based on its cover and my appreciation for a certain singer has nothing to do with anything else besides their pure talent. No judgment will be made if they decide to do plastic surgery, wear barely existing clothes on stage or sing (maybe rap and perhaps even talk, whatever floats the boat) about ice cream as long as their music, performance or personality is my cup of tea.

However, due to some unknown reasons I am drawn to album covers. In a way they are the second item that speaks for the artists themselves after their talent and image. Perhaps it’s also because owning an album and displaying them on bookcases is the immediate equivalent of providing materials for visitors to judge you with that make me so sensitive about it.

To make a decent album cover there are no exact principles or rules a designer must follow as everyone’s taste differs. Each musician is different; whether in style or musical direction and sometimes even difference in fan groups such as their age can influence the theme of a cover.

What determines whether a cover is successful or not should be based on its ability to represent the artist (still not an valid excuse if it’s downright hideous). Granted, the majority will not care for the cover or the album content as the Korean music industry is much more dependent on digital sales than offline physical album sales. With this in mind, the appreciation for the ‘right’ cover is positively underrated. Today I have decided to honour the wonderful and the downright tragic –- better late than never.

Some fans will not be unfamiliar with the different sizes and possibilities K-pop albums offer. Remember miss A’s debut single album Bad but Good in 2010? The triangle shaped album with a pair of legs in fishnet stockings in still as horrifying as ever today. Let’s not forget Hyuna’s solo effort Change. Even a twelve-year-old could come up with something better than that; it’s a digital single but that’s no excuse for creating a ten cent cover. The unbeatable Rain also joins in with his dramatic make-up accompanied by fake eyelashes in his special album Back to the Basics. And T-ara, the old school style isn’t working and the Roly Poly album stands extremely awkward among others at the stores. Lastly, Dalmatian, it was a fantastic debut mini album but the cover was a big fat mistake.

Thankfully there are a few artists who constantly put out elegant and artistic album covers. There’s something about simplistic and sophisticated designs and over the years I’ve discovered a few artists truly worth appreciating for in this department. On top of the list is none other than the three-man trio Epik High. Among many of their fantastic covers is a personal favourite of all times – their 2009 album (e), it is simple yet eye-grabbing stylish. Honourable mention goes to Map the Soul: the front cover consisting of a little boy looking down a microphone, hesitant over making a decision to pick it up or not and the back showing a now grown up man still facing the exact same problem. A picture is worth a thousand words and personally, an album with a great cover is worth investing in. Who doesn’t love it when it’s capable of telling a story?

Unfortunately their most recent release, that being album 99 was a huge disappointment, in terms of the cover that is. Musically though, that’s another story, as covered by fellow writer Mark. No doubt YG Entertainment provides the industry with great artists and music, but to whoever designs the album cover: why haven’t they fired you yet? Let’s think back to 2NE1’s debut mini album cover and Big Bang’s albums during the early years of their career.

Although SM Entertainment has never grabbed my attention with their music or groups I do appreciate their clear direction when it comes to making album covers that works for their artists. They know what sells and often put ‘simple and effective’ to good use. Let’s not argue here; SM appreciates and uses the idol image at their full advantage and appearance counts. Check list: pretty photo of group or each member, editing with Photoshop, add on name and company logo and officially complete.

Despite not being a fan of their album covers personally, one must give credit to them because they suit the image of their artists. Can anyone possibly imagine a Girls’ Generation album with the cover style of say, B.A.P? The rabbit is cute alright but the selling point of the nine girls is their image. It’s also interesting to note that SM seems to like following a trend or formula for some particular time, such as the retro and hipster feel they have been spotted with recently. For reference, see f(x) and SHINee’s latest albums.

Now that YG and SM are both covered, let’s take a look at how well JYP Entertainment does with their visuals. JYP has been slipping for quite some time now, despite being among the unofficial ‘Big Three’ companies of the K-pop industry. Sure, they had Wonder Girls before they decided to ship them off to America and yes, 2PM is still loved by many in Korea and miss A (or rather, Suzy) is definitely rising up in the game but they still have quite a fair bit of catching up to do. Unfortunately, it’s the same story in the album cover department.

To sum it up nicely, the covers of JYP are done well but majority are not memorable enough. Up until now, the most eye-demanding cover would be miss A’s Touch mini album. The colour theme of red and black complements itself well and the four girls look absolutely gorgeous. The Wonder Girls’ Wonder World album design was kept to a minimum but it gives off a powerful interpretation. As for JJ Project, since it’s only seven months into their debut harsh words will be spared this time round, but let’s just say I am still waiting for a decent album cover. Come on, with those faces, even if there were no real good design concepts you could just slap on a photo of them and have them work it like their SM counterparts!

Moving on, Cube Entertainment started off slowly but steadily has climbed made it way up — both musically and album cover wise. Remember Beast with their Bad Girl debut? Right, the cover was just as tragic as the pronunciation of the word ‘bad’. Almost two years later they won everyone over with Fiction and Fact and let’s just say musical improvements were not the only visible factor.

It appears each of their artists are trying to follow their own formula for album covers which is always a good sign.This way they can be more easily recognised as individuals rather than as a company. Beast seems to enjoy playing around with graphics and is doing a great job with it. G.na is taking full advantage of her image and making the most of it as are the girls of 4Minute.

Indie artists can often be spotted with their calming and artistic covers and are debatably the most creative of the musician bunch, despite often having the lowest budget and lacking the strong support of an entertainment company. For evidence, please refer to Mate, Standing Egg and Epitone Project just to name a few.

By now it would be obvious to many that I personally lean towards the simple album cover designs that gives off a gentle feel. Recently, J‘s mini album Sentimental and Outsider‘s 2.5: The Outsider hold strong and solid top spots in the appreciation list.

What makes a good album cover for you? What are some of your favourite covers out there? How about the downright disappointments? Do you care for album cover and most of all, do you think it’s important?