Tasty Knows They Can't Sing, But They're Still Going to Try 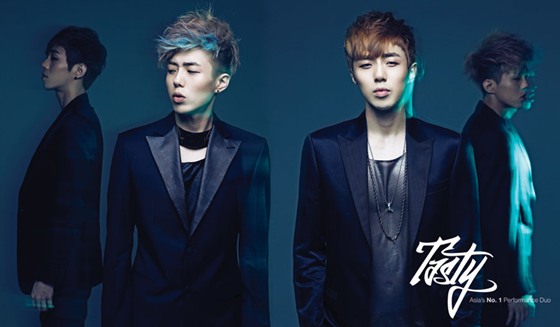 After their debut onto the idol scene with Spectrum, Woollim Entertainment’s self proclaimed ‘No. 1 Performance Duo’ Tasty has finally begun to feel the weight of the idol world. Their promotional title track “You Know Me” truly accentuated their ‘performance’ accolades.

Rather than a traditional K-pop song, “You Know Me” was an unconventional blend of homegrown pop, dubstep, and a sharp chorus; in short it was anything but a lyrical exposé, and the track had many wondering why the twin duo didn’t use this opportunity to showcase their singing talent. More than that, many have even gone so far as to criticize Tasty for lacking vocal ability.

In an article recently released by bnt News, Tasty responsds to some of the criticism.

A lot of people say ‘They can’t sing,’ ‘It’s lip-synced,’ but we don’t lip-sync. But for now, we can understand people saying ‘They can’t sing.’ Because there’s not much melody [in “You Know Me”] (Daeryong) Since the focus goes to our performance, we don’t have a chance to show off our vocals. But if you listen to ‘SOLO,’ you can get a completely different feeling. It can be our follow-up song, and we have a lot more promotions ahead of us, so we will slowly show you everything. (Soryong) 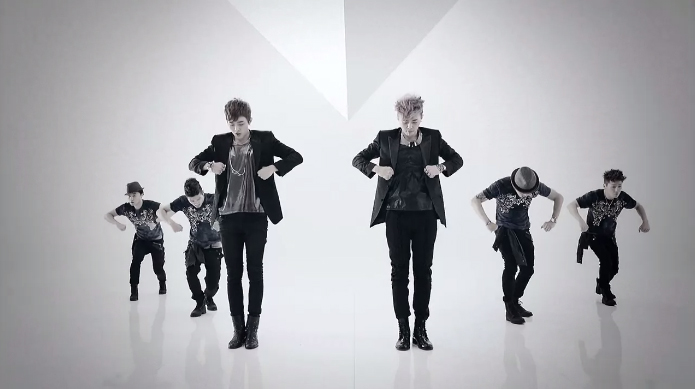 Of course, I myself wondered why Woollim decided a song like “You Know Me” would be a hit debut track. Sure, the substance is unique in presentation and sound, but, like many are saying, “You Know Me” made use of minimal vocal variety, and brought upon Tasty hoards of criticism early on in the game.

In my opinion, this was an err on Woollim’s part, particularly more so because this could have led casual listeners of Tasty’s one haphazard song to disregard the debut album Spectrum in its entirety. It was perhaps too daring an endeavor for a debut.

As Soryong points out above, though, other tracks off the debut album (which is actually just a mini) are more vocally driven. Tasty plays with a hip-hop electronica fusion in “Buster” and “SOLO“, and do a decent amount of singing and rapping to substantiate their careers as idols. And quite frankly, I have no idea why netizens are hurling this kind of criticism at them–there are plenty of idols who can’t sing but are still idolized to no end. So don’t even get me started on that avenue. You could end up in tears over the reality that is your bias’s vocal ability, because odds are, they don’t sing all that great either. 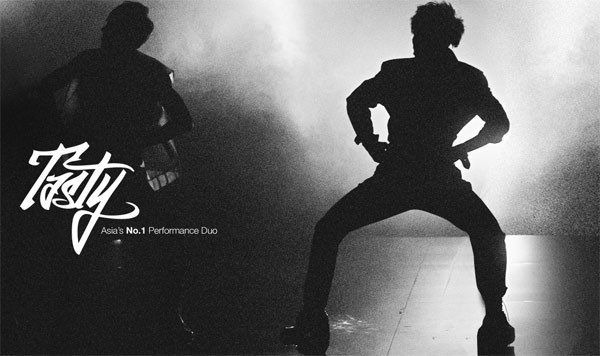 Anyways, from the looks of it, Tasty seems to have gotten off to a rough start, and with the interminable introduction of new groups, it can be easy to dismiss  a debut that seems to falter on the first step. I think Tasty can sing, I just don’t think we’ve been given the opportunity to hear them, so let’s not be quick to throw them off the radar. From what I’ve heard so far, I like Tasty. I really do. They may not be stellar vocalists, but I don’t think they’re talentless either: so here’s me vouching for you to give them one more chance, if you haven’t already.

That matter aside, Soryong and Daeryong seem earnest about proving their worth and following their passions. They conclude their interview with bnt News by saying,

We’ve become singers. It’s important that we achieve our dream. And it’s also important how hard we work from now on. Whether the result is good or bad, we won’t be disappointed and will accept everything calmly

There’s nothing shameful about humble beginnings (though “You Know Me” wasn’t exactly humble per se, you know what I mean). So instead of denying Tasty their prospects of success, give them a second listen and see if you really can’t find something on their album you like. In the mean time, be sure to keep your ears perked up for what this duo has coming. Getting to know them may change your mind about their music.