Welcome To The "Phantom City" 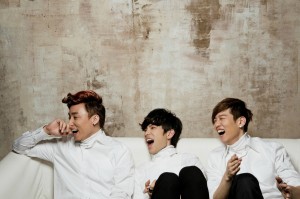 Believe it or not, Phantom have been around as a group for over a year, but they only “officially” debuted a couple of days ago. It’s hard to consider them as rookies, isn’t it?

Phantom is comprised of members Kiggen, Sanchez and Hanhae. Although the three of them sing, rap and participate in the composition and production of the album, Sanchez is usually considered the main vocalist, while Hanhae carries most of the rap parts and Kiggen is mainly in charge of the production. The three of them also have quite an extensive background. Kiggen was the producer of electronic project HybRefine, which released a couple of singles and a fantastic album back in 2010, featuring among others now bandmate Sanchez. Sanchez himself has collaborated with quite a few artists, the most known being labelmate Verbal Jint in hits “You Look Good” and “You Deserve Better”. Hanhae was due to debut in Block B before being dismissed and changing from Stardom Entertainment to sister label Brand New Music, the company behind Phantom, and had already released some collaborative tracks with Block B members as well as his own mixtape, Eargasm.

But aside from their solo works, many are familiar with Phantom as a group since they have been around for a while now. Their first appearance was one year ago in August 2011, when Verbal Jint released his single “You Look Good” which featured Sanchez’s vocals and the three members of Phantom in the MV. Within a month, Phantom had already released what would be their first song, a medley of songs banned by the infamous MOGEF called “19 Song (Love Songs That Teens Cannot Listen To)”. In November that year, Phantom released both a cover of SNSD‘s “The Boys” featuring Sanchez as Freddie Mercury, and “KR/NZ/JP Tripartite Conference”, in which the three members showcased their rapping skills. They have performed also in some concerts since then, mostly alongside labelmates such as Verbal Jint, Skull, Bizniz or Swings.

With a career characterized by the sense of humor and political incorrectness of their songs and MVs, Phantom have gone a bit more serious for their debut album, Phantom City.

The album opens with “Phantom City”, featuring female duo As One. Their role, however, is reduced to a sentence in the chorus, which also acts more as a break between the rapping parts than as a real chorus. “Phantom City” has a strong hip-hop influence, but adding a little bit more melodic parts with As One would help to make the song a little bit less repetitive. Besides, it’s a pity how underused they are.

“Burning” is by far the most commercial song out of the album, and there’s little doubt why it was chosen as the title track. Instead of the usual R&B/hip-hop vibe Phantom has, “Burning” has an American pop-rock feel. It doesn’t quite bring the most out of the members except for Sanchez, but it does feature all three of them, which is quite important since it’s the track that they’ll promoting. I still feel like the raps don’t fit very well in this song, which is a pity because they are considered a hip-hop trio and “Burning” may not be the best reflection of their style.

Next in the album come two ballads, “Seaweed Soup” and “Where You At?”. Out of the two, “Seaweed Soup” has to be the most memorable, a R&B ballad with reggae tints in which we get a good amount of Hanhae’s singing and Sanchez’s nice falsetto. “Where You At?” is a more traditional pop ballad, a little plain compared with “Seaweed Soup”, although it features a few delightful rap parts from Kiggen, who usually features fewer than his bandmates in the songs.

If there’s a song in this album that could be pointed out as a filler track, that would have to be “Ice.” Using a beat based on Boney M.‘s “Gotta Go Home” that became famous a couple of years ago thanks to Duck Sauce‘s “Barbra Streisand”, Phantom released “Ice” last April for a TV commercial, written by Park Geun-tae and featuring only Phantom’s vocals. I’m not very fond of reusing well-known beats, because when the main theme is as strong as here, the song ends up lacking personality. It just doesn’t feel like a Phantom song — probably because it barely is a Phantom song.

Phantom City also includes a remastered version of “Hole In Your Face”, which still holds its place as my favorite Phantom song ever (probably only equaled by “19 song”). The piano base is fantastic and the climax at around 2:25 actually feels exciting. The three members seem at their right place in this song, although Sanchez, as in most of their most melodic songs, kind of overshadows the other members. The album closes with an instrumental version of “Burning”.

Phantom City is a more than strong debut album, probably because it doesn’t sound like a debut album. I miss some of those harmonizations that I know they’re capable of pulling off, as well as how fantastic they sound when they go for an acoustic sound. They may have lost some of their sassiness with their official debut, but you can’t fight the MOGEF forever.

Aside from that, Phantom City doesn’t have any major flaws, and the guys sound as fantastic as usual. The guys complement each other like it’s nobody’s business, with Sanchez’s and Hanhae’s sweet voices nicely meshing while Kiggen’s lower tone adds a different flavor to the mix. 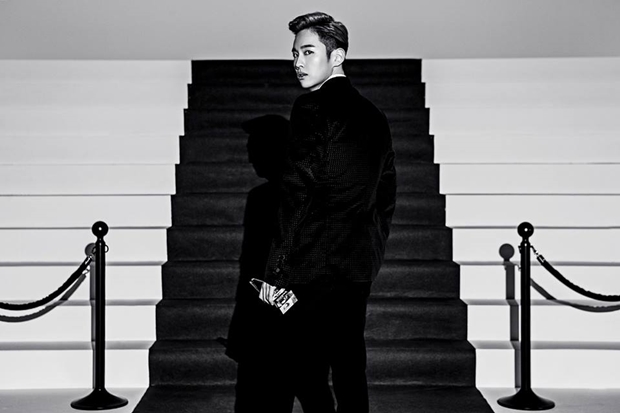 Phantom Begs to Be Saved from “Burning” Down 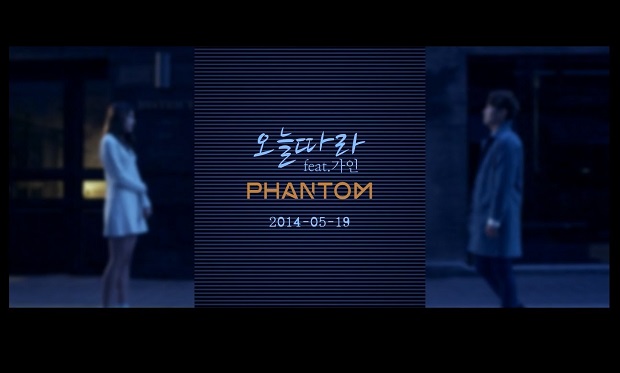