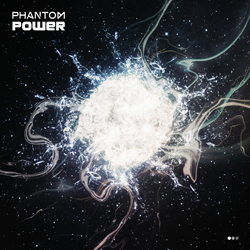 Phantom recently made a comeback with their album Phantom Power. Kiggen, Sanchez, and Hanhae are a hip-hop group whose members are born in different generations – the 70s, 80s, and 90s respectively. “Seoul Lonely” is their title track, and it encapsulates the smoothness and talents of the group in a hip-hop ballad that features Ga-in. The song is well balanced between the two parties, especially highlighting the musical talents of the trio within its stirring narrative.

The video stars the members of Phantom and AOA’s Hyejeong as the depressed folks walking the barren streets of Seoul at night. Mun Seung-jae who directed Ailee’s “I Will Show You” and Verbal Jint’s “You Deserve Better” helmed the direction of this MV. The video uses the organic cityscape and juxtaposes it against a third person view of each individual to create a sense of isolation. While this MV may not have been the most thrilling affair, it is shot incredibly well. Walking dominates a majority of the video. However, the MV is still surprisingly able to keep up with the emotional impact of the song at the climax.

First of all, “Seoul Lonely” is a gorgeous track. The song is furtively complex. Lightly plucked guitar riffs, clapping & snapping beats, turntable scratches, and keyboard synths can all be heard at one point or another. By pulling back on some elements, such as during Ga-in’s second verse which only features light synths, base and finger snaps, “Seoul Lonely” is an exciting listen. Its varied composition and emotional vocals are absolutely captivating.

At times, the lyrics are quite poetic often describing the inexplicable feeling of loneliness in the context of ambient conditions. The lighting and shops closing down are some factors that are included in the rap which points to their feelings of solitude. Especially poignant is this inward looking line, questioning why we feel lonely even if our lives aren’t exactly bad.

“I open the front door and go inside to find emptiness spread all over my room. It presses down on me even though there’s nothing that bad in my life, why is it like that?”

The vocals are crisp and delicate. Ga-in’s light tone is a nice contrast to the fuller tenor of Sanchez’s vocals. The rapping from both Kiggen and Hanhae has a great rhythm, and their lines are enunciated with strong punctuation.

The video is a simplistic affair at first glance. It features a lot of walking – across bridges, around city blocks, and outside of houses. However, there is purpose to all of this nighttime exercise. The strolling matches the lyrical content. The ability of turning this simple action into an MV capable of exhibiting the feeling of being alone hints at the strength of the direction.

As noted earlier, the cityscape is featured heavily in this MV. Being by yourself in a city that is not only brightly lit but also seemingly empty all at once, strikes up a sentiment of desolation. Not to say that there aren’t scenes with other people. One scene featuring a busy street turns the idea of a crowd into a solitary sensory experience by pulling the focus away from the busy street and utilizing slow motion during the hazy shot. As evidenced with the busy street shot, there are nice undertones of details scattered about which contributes to the tint of sadness that hangs over the video. One such element is the dead flowers that seem to symbolize a forlorn love that can’t be revisited.

Even with such curious components, the MV moves at a slightly slower pace than I would have liked. The sense of isolation and loneliness were well communicated through the direction of certain scenes, but there could have been a more nuanced story for both of the main characters. For a majority of the MV, the acting is very one dimensional, so it was a bit difficult to feel strongly connected to the characters.  Overall, “Seoul Lonely” is a great song with a decently shot video.