What Exactly Is Ailee Showing Us? 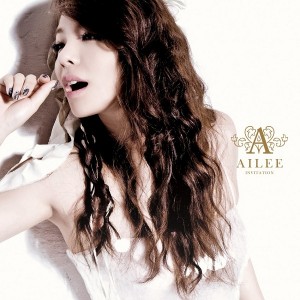 Ailee debuted in February this year with “Heaven” under YMC Entertainment. The song  made tremendous use of her voice and awed K-pop fans with her vocal prowess, quickly establishing Ailee on the music scene and bringing her two awards. Not only this, but even if the theme of the song was quite bland, her self-confidence, stage presence and charisma converted a rather dull song into an unforgettable track. She has that X-factor that combined with her talent makes her a safe bet for any company that wishes to take her under their protective wing. For a solo artist, she held her ground efficiently and apparently plans on doing so, “I Will Show You” being enough of evidence:

The track takes off with a sad piano line, much like a typical ballad, which matches the lyrics: in the beginning Ailee is that shy, sweet girl who passes unnoticed, struggling with a guy that takes advantage of her kindness. The ongoing situation leaves her exhausted to the point where she feels so insignificant that she begins to loathe herself:

How much more do I have to do to feel better?

But don’t be fooled by the direction the song seems to take. From this point on, the rhythm starts speeding up as she’s slowly changing her mind. The girl snaps out of it as the tears she shed turn into thoughts of revenge. The guy left her, so she wants to show him what he missed. He wants that G.O. to regret her as much as she wept for not being good enough for him. The explosive chorus proves her point: its energetic vibes mock not only his stupid decision of leaving her behind, but her time spent on feeling sorry. She knows she’s way better and deserves to be happier, which is why she plans of proving him how useless he is.

Ailee is in her element here. The spunk she displays on stage is on par with the confidence the character of the song emanates. The track accurately follows her story: a gloomy instrumental for her remorseful feelings at the beginning, a sudden change to an upbeat chorus and then a refreshing background track as she lifts herself up from the ground. And all of this will be nothing if her delivery and vocals weren’t so perfectly adapted. She feels the song and manages to breathe life into the story. 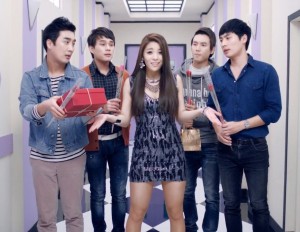 As much as I love the song, I detest the video and the message since the ending was awfully disappointing. In the beginning, people brush her by as if she were invisible. After the insecure girl realizes there’s no point in suffering, she gains some resolve and starts strutting. Then she starts dancing in glamorous clothes, contrasting with her goody-goody glasses and dress. She keeps moving on, from room to room, gathering everyone’s attention. Her face expressions are priceless. In the center of attention, she enjoys repeatedly rejecting and humiliating her past crush. And if you think you had another video with “(S)He who laughs last laughs better,” you’re wrong again.

She goes back to that boy and smiles happily in his arms in the end. To which I’m confused and thus my doubts of what exactly does the video convey. I understand he’s G.O. and he’s hot, but why bother then? She worked hard to turn from ugly duckling to the beautiful swan, to build her self-esteem so that no one can ever harm her the way he did, but in the end, it’s all fine? Did she spend all these efforts so that she can be the perfect girlfriend of a jerk? This sounds like a bad teen movie and left me clueless. Is she hooking up with him for revenge? Cause the video hardly says that.

And the message is ambiguous too. Although being happy and pretty for a guy to show him what he’s been missing is immature and slightly pathetic, I think we all have been in the past in situations where we didn’t have the last word and thought of all those petty wishes for revenge. But the emphasis put on pretty took me aback. She doesn’t play the “I know I’m valuable” angle that much, but rather she claims her newly found beauty which makes her desirable should be the reason he regrets her. However, these are the main reasons he disregarded her. He was the cool hot guy girls wanted, with the social status and looks; her changed self is no better, as she finds confidence in the traits she has just learnt to despise: her fame and her appearance. I wish the song was more along the lines of Beyonce’s “The Best Thing I Never Had” or a harsher 2NE1‘s “I Don’t Care” than Hyori’s “U Go Girl.”

Besides the questionable message, I love the song and her voice is, as she has proven before, amazing. No matter what she sings about, she puts her heart in the performances and she’s emotionally connected. As a K-pop idol, Ailee is all I can ask for: maybe I’m not a fan of the lyrics, but they don’t lack substance, she knows how to work the crowd and nobody can deny her talent. This song to me is worth a 3.6/5 to me.

So what do you think of her song and MV? What is your rating for “I Will Show You?”