From miss A to All the Independent Say As 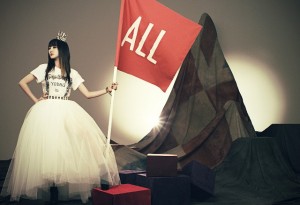 Independent Women Part III is a homage to Destiny’s Child and Beyoncé, and as such, it has less dance-pop and more R&B than their past works.

“I Don’t Need a Man” is definitely not my favorite miss A track to date. It lacks punch; the song just goes on and on, and there’s no such a thing as a progression or a climax. The bridge right before the chorus sounds too similar to any miss A bridge before ever since “Bad Girl Good Girl”, with one of the girls (in this case, Fei) singing a sentence and having his echo in the chorus, and it starts to get tiring how similar the structure of most of miss A’s title tracks is. The only thing that breaks a bit the monotone flow of the song is the rap. I actually have a liking for Jia‘s rapping skills — in the idol context, and especially in the girl groups context, she’s usually ok –, and I was surprised with Min, who is quite capable herself; it still sounds like you typical K-pop rap and can’t make it up for the repetitiveness of the rest of the song, but at least it doesn’t sound awkward or misplaced.

However, I’m really liking the tune; JYP has its flaws, but creating catching and well-constructed tunes is definitely one of his strong points. I had some similar feelings towards “Touch”: the song overall was bland, but the tune and the use of the synths were fantastic. JYP definitely has an eye for production, since all his tracks are perfectly polished, but at the same time his songs sometimes lack something.

“Ma Style” has a nice chorus, but the rap is a total letdown. The whole track as a very American sound, but the rap part is definitely K-pop-ish — it’s misplaced, includes the words “bling bling” and even has a little bit of whining, specialty of the girl groups’ raps. Aside from that, the song really has a Destiny’s Child vibe, which is definitely a compliment, and the background tribal-like tune is great.

The girls sound good in “If I Were a Boy”, a slow-tempo R&B track. Actually they pull off the slower-paced tracks really well, and it’s a pity they don’t have many chances to show it.

Besides, the girls get a chance to show off vocally speaking, and the same happens with the next track, “Madness”. miss A have been sometimes deemed as too flat in the vocal aspect, and I put the blame on songs that relay too much on background vocals and short verses.

“Madness” won me over ever since the first time I listened to it. Taecyeon’s rap is subtle and well integrated — like really subtle, not what SM understands by subtle as in Minho‘s “Hello” rap. The song also has a 90s feel I really enjoyed, and the minimal instrumentation gives the song a very mellow sound. And Fei gets the nicest ad-libs, and leaves me wondering once again why Suzy is usually the one doing them in their title tracks.

I’m gonna be honest here: eurodance and italo-disco aren’t really my coup of tea, so it’s not a surprise that “Time’s Up” is my least favorite track of the album. The track is way too over-processed, starting from the synths to the girls’ voices, and it breaks the R&B flow of the album. Besides, the girls seem all to be singing in the wrong key: Jia doesn’t seem comfortable having to sing so low in the verses, and Fei is also singing in a too high register.

I was a bit reluctant to the fact that they were so openly referencing Destiny’s Child — it may be an original move, but also a risky one: they will inevitably be compared, and miss A is fighting a losing battle. The girls’ voices aren’t that suitable for R&B — while all of them are capable singers, all of them have pretty flat voices (only Fei has a deeper tone) that fit more the dance-pop tracks they have done in the past.

It’s also quite disappointing the fact that, even when the album is called Independent Women Part III, none of the tracks’ lyrics reference any sort of woman empowerment aside from the title track. Alas, more break ups. And I thought we were over this stage.

But overall, and aside from “Time’s Up”, the album has a regular and smooth sound — I think there’s still some work to do adapting the R&B style to the girls voices, but I’m glad JYP decided to take that route because it does fit their concept and it is a genre under-exploited inside the K-pop scene.