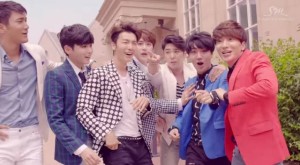 In the past couple of years, several successful groups have reached the ten-year milestone in their careers. This calls for an identification of the secrets to their longevity despite their circumstances: most of them have gone through a rollercoaster of scandals, but have emerged unscathed through them. Groups are not commodities, but the way the industry imposes restrictions on them takes away the freedom from the members to choose their own career arcs is telling of the strong managerial presence they are constantly under.

The entertainment companies that control the wealth of groups we have today seem to be the puppeteers behind the longevity of their groups. The ways in which scandals are handled, the length of contracts and promotions are instrumental in determining the longevity of a K-pop group. The popularity of the group, cultivated through a combination of the company’s efforts and innate talent, is also critical to the issues of disbandment. There have been instances of groups from minor companies making it big without the backing of powerful contacts. Contract renewals are a two-way process and if a group is not lucrative for its company, the company might choose not to extend a contract to the group. These variety of factors raise the question–is there a definite recipe for the making of a long-standing K-pop group? 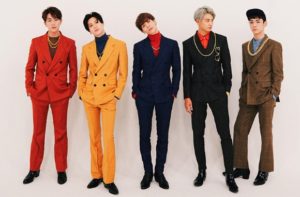 Through the vantage of certain omnipresent elements in a group’s career, the ability of groups to endure becomes clearer. Controversies have become a staple in idols’ lives but their emergence from them with their image intact is what keeps their group going. Members leaving is possibly the biggest setback to group activities. Other facets such as contracts and solo activities are somewhat quantifiable and provide a measure to gauge how groups’ popularity wanes and waxes. Their companies hold them on a tight leash and perhaps that’s the source of their durability.

Controversies seem to be a definite route to the downfall of a group or at least a break in promotions such as in T-ara or 2NE1‘s case. It is commonplace for every facet of an idol’s conduct to be blown out of proportion. I concede that in several cases idols have had severe legal cases against them but the bulk of controversies either centre around unacceptable remarks or relationship “scandals”. Controversies put into perspective the ability of fans to bring down the prospects of a group or a few of its members.

Super Junior’s Sungmin is an example of the make or break power of fans. He was boycotted by the ELF fandom when he announced his marriage in 2014 without any preamble. His fans felt betrayed by his secrecy and demanded that he not participate in Super Junior’s comeback in 2017. But throughout this ordeal, fans continued to support the group’s activities during their tenth-anniversary and the release of their album Devil in 2015.

There was also speculation of a relationship between IU and Eunhyuk back in 2012 when she posted a picture of them on Instagram. GDragon’s name has also been attached with several idols over the years, the most recent being After School’s Jooyeon. Seungri was also targeted in 2012 when photos of him in a compromising position were released by Japanese tabloid Friday. These scandals, at least in retrospect, caused indistinguishable harm to the idol groups. These acts are still going strong.

Insensitive remarks are another aspect that groups need to be more prudent about making. Super Junior’s Shindong has been embroiled in such controversies in the past wherein he commented on female idols’ need to maintain their figure. Exo, although a comparatively younger group at six years, has neared the precipice of losing credibility in the past. With three Chinese members leaving and two dating announcements, Exo has had to deal with a lot. The criticism of Baekhyun surrounding his recent remarks on depression was worsened by his words being taken out of context and the hate boiled down only after he had apologized. 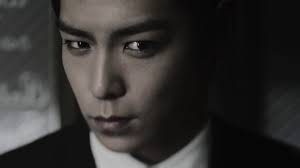 Idols have had quite a few brushes with the law, with varying degrees of impact on their careers. Big Bang‘s Daesung had been caught up in a car accident in 2009 where he was acquitted of causing a motorcyclist’s death. As a result, Daesung’s solo career seemed to have taken a hit. Conversely, while G-Dragon was embroiled in a marijuana scandal in 2011, he has gone on to release three successful solo albums since then. In 2017, TOP was arrested for marijuana usage, which is an illegal act in Korea. As a result of the trial, he was suspended from his post as a conscripted police officer. His hospitalization and possible suicide attempt were hard-hitting for the fans. Big Bang hasn’t released anything as a group since 2016 so it’s hard to predict the effect on their image as a group.

Super Junior’s Kangin has had multiple DUIs against him and last year his girlfriend also accused him of having assaulted her. As “repentance” for his first DUI offence in 2009, he enlisted into the army the following year. He was also not a participant in Super Junior’s Play in 2017. SHINee’s Onew was also accused of assaulting a woman and as a result Shawols boycotted the group’s Season’s Greetings as a sign of withdrawal of support for him. He issued an apology much later. The recurring theme throughout these scandals is that the fans did not turn their backs on the complete group, instead focusing on the misdemeanors of just one member.

Members leaving their groups and consequently their companies has been a big issue in the run of most groups. JYJ leaving TVXQ in 2009 was predicted to be the biggest blow to the group’s success. But the duo was able to retain their popularity despite a very divided Cassiopeia fandom. Yunho and Changmin went on to have sold-out concerts at Tokyo Dome and Nissan Stadium in Japan. They also released chart topping albums such as Keep Your Head Down and “Catch Me”. In 2014, Jessica left SNSD for reasons that have never been made clear. SNSD still managed to move forward with class and released Lion Heart in 2015, and a commemorative album, Holiday, for their tenth debut anniversary. With Sooyoung, Tiffany and Seohyun leaving as well, the outcome of their decision remains to be seen. 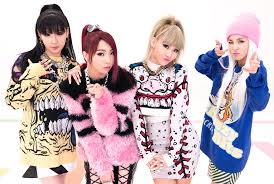 2NE1, unfortunately, has been an exception to this phenomenon of unusual longevity since the group disbanded soon after Minzy’s departure. The group’s disbandment puts its company’s management into the spotlight. 2NE1’s last album before disbandment Crush was released in 2014. Bom‘s drug scandal and her subsequent contract suspension put a hold on the group’s activities and members began pursuing solo careers. YG Entertainment seemed to bank too much on its boy groups then and so mismanaged 2NE1. CL‘s solo debut was successful but the neglect accorded to the other members disrupted the group’s cohesion. Every company’s policies towards its groups are vital to the latter’s longevity and it is to this aspect that I now turn. 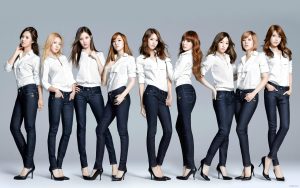 Contracts are an ironclad way on the entertainment companies’ parts to ensure that lucrative groups continue to churn out profits under their aegis. SM Entertainment’s 10-year long “slave contracts” received a lot of flak when there were a sudden slew of messy lawsuits against it. There also exists a belief in the seven-year curse of K-pop wherein groups tend to disband in their seventh year since debut, mostly because it’s the contracts that expire. Sometimes, idols choose to leave of their own volition amicably when contracts come to an end, such as some SNSD members did.

Solo activities are also an instrument used by the management to keep the group in action. These activities seem to act as an incentive for idols to continue in their respective groups and extend contracts. After a period of immense group popularity and action, the members are given the freedom to follow their own paths while deriving from their membership in their group. The compulsory military enlistment for the boy group members inevitably separates the band. Group activities cease altogether but its name continues to be associated with the members even in their solo work. This dynamic also comes with a flip side of one member gaining most popularity and overshadowing the group as a whole such as in the case of 4Minute or Miss A that were unable to overcome the skewed interest towards the soloists promoted (HyunA and Suzy respectively). 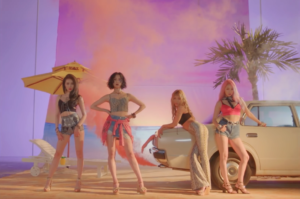 The role of the entertainment companies seems to be apparent in the long run of the groups. Groups from SM Entertainment hardly ever disband because not only are the contracts for long periods of time, but the company also seems to take an express decision to continue with the group and garner whatever profit they can even as these groups become more inactive, neglected in favor of newer groups under the same company. YG Entertainment and JYP Entertainment have often proven a similar inability to pay equal attention to all groups as new groups debut under them: it was after a four-year hiatus that MissA’s disbandment was announced. One can conclude that the style of management employed by the group’s company plays an important role in the longevity of the group.

Well thought-out marketing strategies and the projection of members in a certain manner go a long way. With changing times, companies are also beginning to change–today, SM’s contracts are typically seven years long in contrast to past ten-year contracts. Big 3 companies are known as such not only because of their portfolio of successful groups, but perhaps also because of the mammoth operations they engage in to keep their groups going. Of course, the popularity of the groups themselves, while not the focus of this article, is not to be discounted. Finally, the fact that fans often choose to support the group as a whole while not forgiving single members’ transgressions attests to the power of fandoms in keeping groups going. Together with the company a group is under, they form the foundations of longevity.