The Best and Worst K-Pop Debuts of 2011: A Rookie's Perspective

There has been a lot going this K-Pop year; we got comebacks galore, tweets about cats, and GD getting “High High”. This year the Korean entertainment industry  blessed us with 23 male groups and 35 female groups. As all of you might have hypothesized using scientific analysis,  I have the task of picking out the best and worst of the debuts. 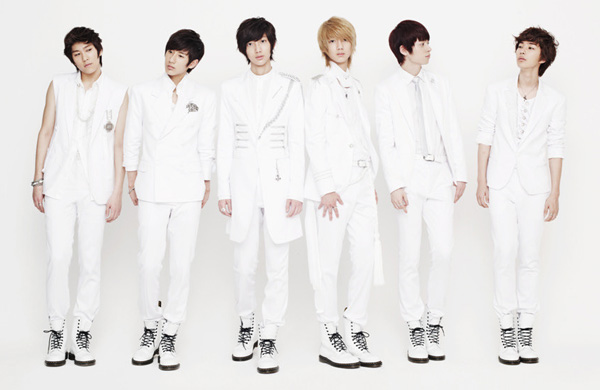 Our readers at Seoulbeats crowned jail-baiting-noona-killers Boyfriend as the best debut this year with 22% with sexy Rania coming in second with 18%, even the country-dolls B1A4 managed to snag 3rd place with an impressive 17%. Since the opinions of our readers have been voiced, it is only fair to bestow you with my thought provoking opinions on the best and worst of  2011.

I know that all the rookie groups worked hard but if you cannot handle criticism of your favorite bands (Taken, N-Sonic, A-Peace, Stellar, and New F.O.) the back button is on the upper left hand corner, with an arrow pointing to the left. Feel free to click on it. 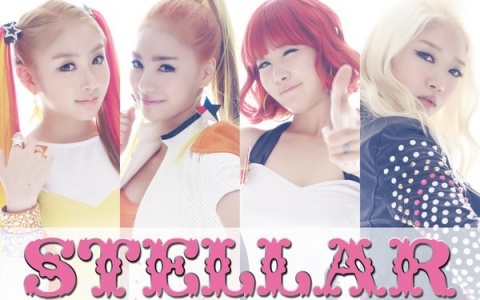 The worst female debut this year was Stellar.  So. Much. Orange. And. Pink. The song was bubblegum pop, and it was bad bubblegum pop. I was cringing the whole time. The music video was a mix between silly and serious and the effect was bad.  Just a note, water guns aren’t really effective when you want to try and maim someone. Unless its filled with hydrochloric acid.  Oh, it’s a laser gun? Next time instead of pistol whipping try actually shooting the thing.
Eric Mun’s cameo did absolutely nothing for this video except bring Eric fangirls (myself included) but his “rap” was… I don’t have words to even describe it. All I got out of that was Eric needs a rocket spaceship and he needs it NOW.   The live performances were weak and the girls voices were far too nasally and three octaves too high. The vocal of the group isn’t even that strong and her voice is thin, the other three sound like pigs being slaughtered. 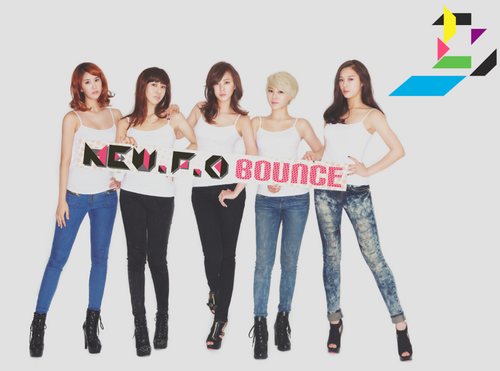 The second is New F.O. There was a lot of buildup for this band with all the promotions 6theory gave them. So I was anticipating their debut but I was disappointed. “Bounce” was exactly like Stellar’s “Rocket Girl” with most of the members squealing instead of singing.  The song would have been halfway decent if the girls weren’t forced to warp their voices in such a way.  The girl who rapped second, Soyi, started out well then after a couple of seconds her voice turned into a nasally tone.  Their only saving grace is JN, who has decent vocals and good stage presence but her voice was masked by the overuse of auto-tune. Their dancing is average, they aren’t bad dancers but they definitely are not a female Infinite. Their song choice was bad and the way they executed the song was even worse despite the potential.
Worst Male Debuts of the Year 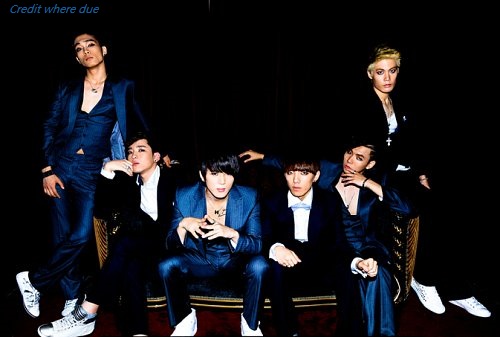 The first on this list is Taken. This six member boy band debuted with “Young Boy” and have been “taking” the hearts of adolescent girls. Now why were they bad? For one, their song was annoying.  The whole song was auto-tuned. No, I do not mind the use of auto-tune but you should treat it like candy. It should be eaten in moderation because if you eat too much you will get a stomach-ache or in this case a headache.  I can listen to a couple seconds of auto-tuned voices but when its over 3 minutes long? Forget it.  Their music video was unimaginative and generic.  You had your six attractive guys with guy-liner, dancing in a grimy, grey alleyway with black and grey clothing with unnecessary face-touching.  The live performances were in-cohesive and, quite honestly, all over the place. “Hold Up” was the same auto-tuned mess Young boy was and “Only One” was only marginally better. 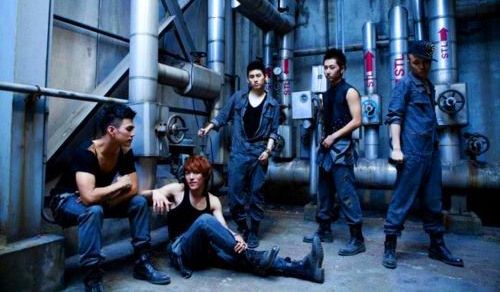 The second would be N-Sonic who debuted with “Super Boy”. They too like Taken did not have anything new to offer to the table other than a pretty face and abs, but I’ll get to that later. Their song did not really stand out to me.  It’s another dance video–at least it is not in a box–and reminded me of 2pm’s “Without You”, complete with the rain and industrial set.  There have been 23 boy groups to debut this year, you have got to step up your game. Take a couple of risks and taking of your shirts two minutes into the video is not how you do it. I see what you tried to do there, don’t try to distract me from the song by showing me your abs even if Park Jonguk is a pretty little ginger. 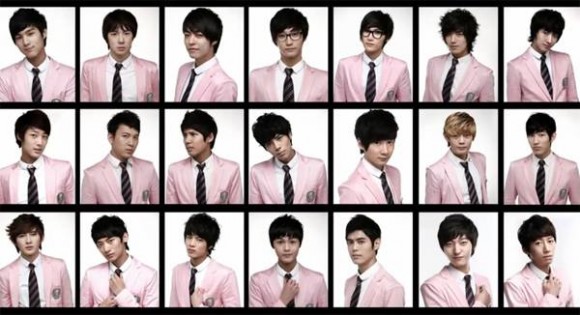 The third worst debut this year would be A-Peace with “Lover Boy.” This group debuted with 21 members, and it is composed of three teams of seven. The large size of the group was not what what bothered me. AKB48 currently has 59 members so this 21 member group isn’t some revolutionary concept. What bothers me is that it is so homogeneous.  It is so hard to distinguish anyone, they are all wearing the same outfit. The dance sketch version of Lover Boy was visually jarring because they’re wearing white…against a white background. Really? White on white? And the fact that 20 of the boys look the same from hairstyle down to the clothes, it’s kind of boring. The song itself had nothing new to offer and the vocals are not that great. A lot of the boy bands this year have decent vocals, you need an extra pizzaz which this group did not have.

If you managed to get through all my criticisms  I’m giving you an imaginary brownie, cherish the  fictitious  chocolatey goodness. As critical as I may be, there were some groups that managed to sneak its way into the empty and bleak space doctors refer to as my heart. 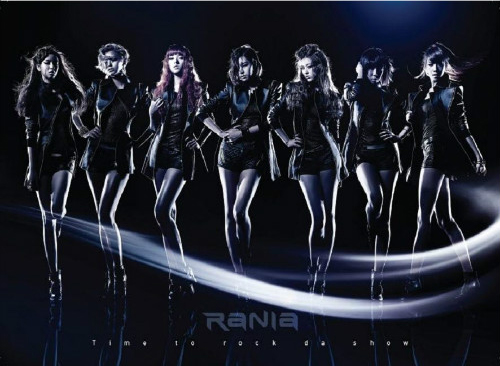 The best female debut group would have to be Rania. The sexy concept is a familiar concept in K-pop, most groups both male and female sell sex. Rania takes that to another level, they are blatantly sexual in their dance, their outfits, and their song. Their debut song “Dr. Feel Good” was a fantastic dance track with heavy beats and showcased their vocals. What really attracted me to this group was their strong vocals, Rania was one of the few groups with vocal prowess and obvious control. Granted, they did lip-sync to some of their lines but with that choreography it was only excepted, however when they did sing it was good. Teddy Riley  is not a bad producer, in fact I thought his work with SNSD was good, it was that SNSD didn’t pull it off making the song weak. Riley’s talent was proven with “Dr.Feel Good” in fact the English version was something that I could imagine being played on American radio and the girls’ English pronunciation wasn’t bad either. 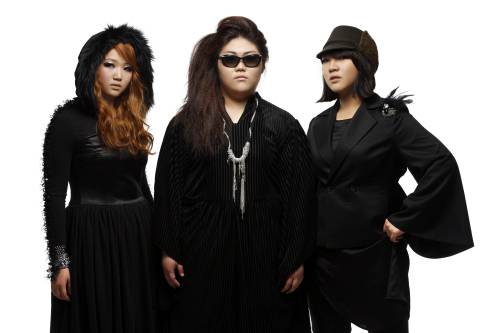 Runner up is Piggy Dolls, the three members all of excellent voices that reminds me of motown soul.  Their debut track “Trend” was upbeat and fit the girls voices well. Just watching the live performances I knew that they had attitude and stage command.  Their debut concept focused on their large size rather than their voices which I found to be extremely disappointing. Eventually the girls had to play the entertainment game and underwent dramatic weight loss. Like Rania, their comeback songs were not as good as their intial debut. “Hakuna Matata” was a generic upbeat pop song and it was not suited to the robust timbre of these girls’ voices. Regardless the song was fun and it’s a Lion King reference, I am such a sucker for old Disney. But their fantastic voices and good performances made them the second best female debut. 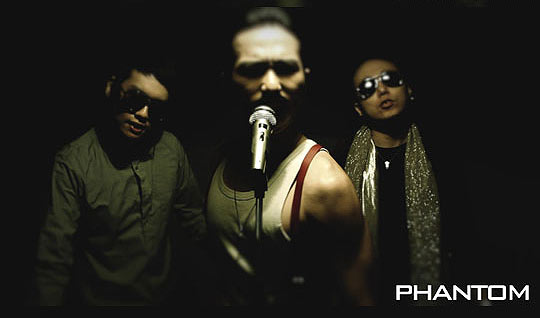 The best debut so far has been Phantom. I first encountered this hip-hop trio with their rendition of SNSD “The Boys” complete with a Freddie Mercury doppleganger. They released “Young people Should Not Hear a Love Song(19Song)” showcasing the groups vocals and their rebellious manner, the song is a giant “Screw You” to MOGEF. They are the best male artist this year by far, their songs are good, their singing is good, their rapping is good, and they are just straight up awesome.

The KR/NZ/JP Tripartite Conference was  a good rap song, and I loved how Hanhae was in a shopping cart for half the song. I wouldn’t mind being pushed around in a shopping cart by Sanchez, who has also been creeping up my bias list and secured a spot at number 2. Oh you attractive talented man. I suggest looking at their tags, it’s hilarious. “Hole In Your Face” is also a great music video and it messes with your mind a la Inception and well taken. Though they are older than your average noona-baiting rookie group, their talent and swag is something you cannot ignore. 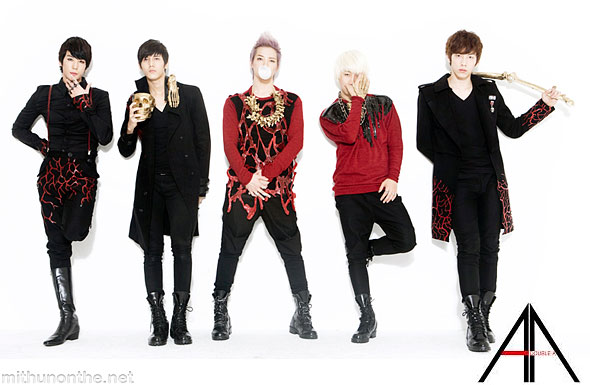 The second is AA. There is something about this group that catches your attention. They are a boy group, they dance, and they sing. But their title track “So Crazy” is a good, catchy song with great vocals. The rapping was not phenomenal but it was not bad either. The dancing was…unique, barring the plethora of body rolls, it is rather effeminate but eye-catching dance.  Woosang, the leader, is known for being the choreography director for groups like Super Junior and CSJH The Grace. He and Aoora are the main dancers of the group and they are good. Hoik looks a lot like  Hyun Bin and has a lovely voice. The visual maknae, Kimchi, is absolutely precious; all I want to do is pinch his cheeks and feed him kimchi all day. But if their fan club is called Battery, I will dropkick a kitten. 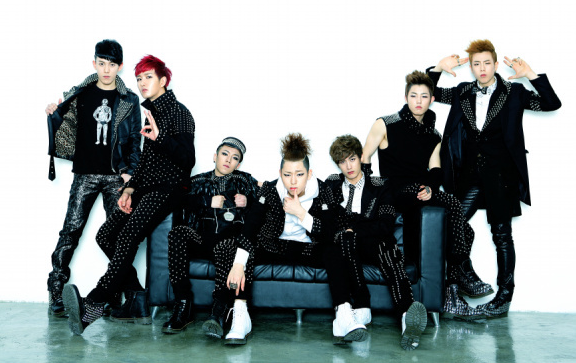 The third best this year would be Block B with their debut “Freeze.” I have thoroughly enjoyed all their songs; Freeze is my current jam and I have been gracing my family with impromptu performances of Wanna B in the kitchen. The group has a balance of good rappers and good vocalists which is hard to find in the K-Pop scene. They have been mentored by talented rap artists like Verbal Jint and Skull, in fact Cho PD produced the boy band. Their roots are in hip hop and the members look comfortable doing that genre and are good at it too.  They have good performances and their songs are fun to listen to. It’s a group to look out for in the future.

Did you agree or disagree? Which groups do you think were the best and worst of 2011?