Music Groups: Is The West So Over It?

While I was scavenging the internet for MTV IGGY Best Band In The World fancam videos, I came across one that highlighted a Times Square LED screen across the MTV studios where you could only see a peek of Dara’s signature baton hairdo. The screen played a countdown of what I assumed to be top musical acts who’ve either taken over the world with their Illuminati undertones popularity, performed in New York, or have won a significant MTV award. 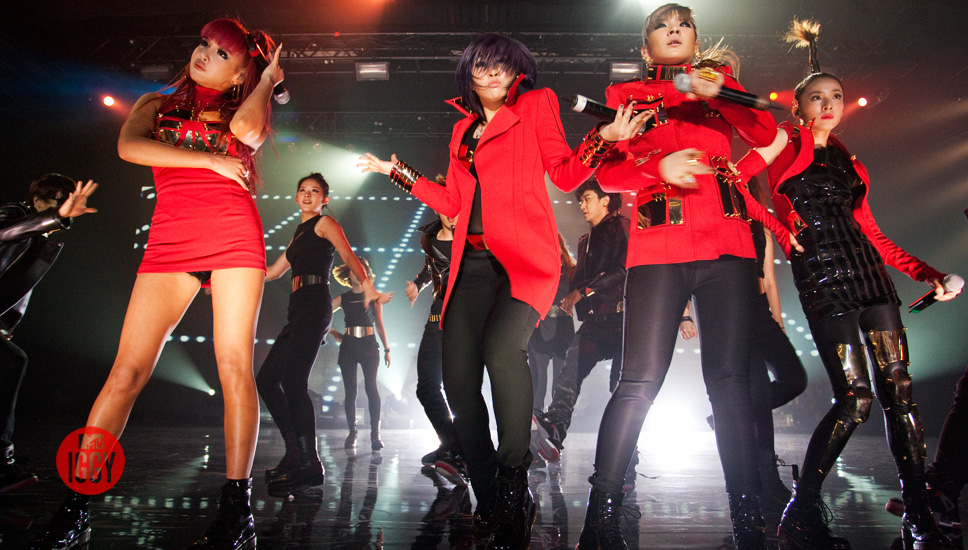 From the video, the year 1998 belonged to N*SYNC and 1999 to Backstreet Boys. Years 2000 to 2011 belonged to Britney Spears, Eminem, Beyonce, Usher, Shakira, Lady Gaga and other artists (if memory serves me correctly, J.Lo, Jay-Z and Justin Timberlake were in the mix too). But what was perfectly clear in the video was that the last decade was made up exclusively of solo artists. There was one year when there were two winners: Green Day, a band and T.I., another solo artist. Was the world reluctant in sharing the throne to a group? And how did the world fall out of love with music groups?

The last musical group to earn worldwide fame (meaning more than just one good album both critically and commercially) was Destiny’s Child. Other groups may come to mind, for example The Pussycat Dolls, but they weren’t truly a musical group since the group basically consisted of Nicole Scherzinger, while the rest were treated similarly to how SM Entertainment treats Hyoyeon. The Pussycat Dolls were no different from Gwen Stefani and her Harajuku girls, and they spanned just one good album. The Sugababes did not even touch the epic that was Destiny’s Child. Then there was also Diddy‘s musical group Danity Kane and the one song that I liked just because it was mildly catchy and MTV played it on replay (since Diddy ‘discovered’ the group through an MTV reality show competition; something contractual probably). Destiny’s Child broke up sometime in the middle of the decade because they had run their course, and Beyonce became too strong a variable in the Child’s equation through her ventures as a solo artist . I mean, they had a lot of hits throughout the 1990s and early 2000s (and ex-members, but we’ll get to that later). 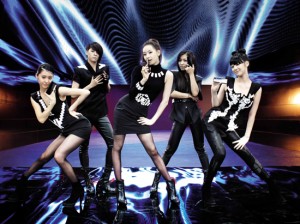 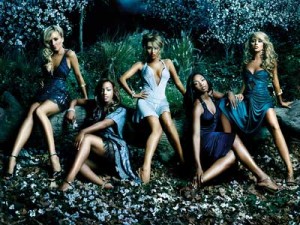 Simon Cowell was the last major producer who endorsed music groups with acts like Westlife and SClub7. His ever present image in the media is just like Park Jin-Young, albeit with a notable difference in attitude. But according to SPIN magazine, Cowell would be put to shame by the likes of SM Entertainment, in terms of how extensive a ‘brand’ or ‘act’ is developed and maintained by just one party. But in my opinion, the west is now experiencing a resurgence in the demand for musical groups. If not the west, then the rest of the world. And if the United States of America doesn’t continue to cater to the rest of the world, well then — should we start using the Korean Won when shopping online?

Anyway, this ‘thirst’ was probably lightly teased at first with High School Musical (HSM). But there were still solos and duets, right? The everyone-dancing, full-cast-singing happened in the beginning, in the middle and in the end, right? It was a just flicker of what groups could achieve in its audience because the highlight was still around Zac Efron and Vanessa Hudgens singing ‘Breaking Free’. And it was directed to the kids’ demographic. I imagine the amount of cringing non-children faces would double, triple or even quadruple had the HSM boys not been dancing with basketballs and the sport get-up as well as set-up while singing ‘Get Your Head In The Game’. It would have been too gender-bending, too shocking. 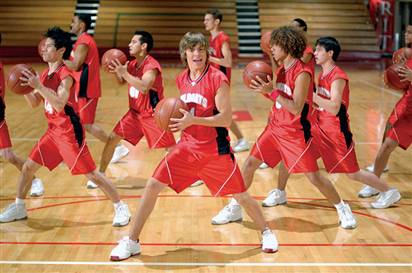 Then the third High School Musical played in theaters. After that came the clean, Christian-raised, innocent and purity ring bearers known as The Jonas Brothers who, despite the band set-up, did not hesitate to don tights and heels to a taping of ‘Single Ladies’. Then Simon Cowell introduced the opportunity for groups to partake in X-Factor UK, even though year after year, the winners would be the solo acts. And just this year did the X-Factor dip their toes into USA, without having American Idol even trying to have contestants compete as groups.

But before X-Factor was unleashed in the North American market, there was another phenomenon that stormed the world (since practically anything America produces would have their chance with the whole universe). It’s phenomenon and success in the broadest of categories, reminiscent to that of Girls’ Generation, was perhaps a much larger tease than HSM, since it did not focus on another Jack and Rose, but rather on a group of people. We know them as Glee. Basically, Glee tackled the HSM-fan-grown-up demographic, teenagers, moms not put off by Kurt Hummel‘s homosexuality, moms who need to supervise their kids who are actually too young for some of the themes on Glee, homosexuals, and people who love musicals.

The initial ‘Don’t Stop Believin”’ with Rachel, Finn, Artie, Kurt, Tina and Mercedes from Episode 1 resonated so well with critics and viewers that I am now confident on one thing: the world thirsts for musical groups, whether they realize it or not. I think that the denial and reluctance of the world to completely embrace musical groups as they did in the 90s stems from how ‘gay’ or ‘girly’ musical groups look in the eyes of masses, or simply the fear of change present in the common man (which is everyone, no?). The two previous perceptions occurred with both High School Musical and Glee. Let’s stick to the status quo? The status quo of the past decade being solo acts. Even now, with K-pop, we are experiencing the same thing.

Who are advancing into the American market? Girls’ Generation, Wonder Girls, 2NE1. Their gender? Women. 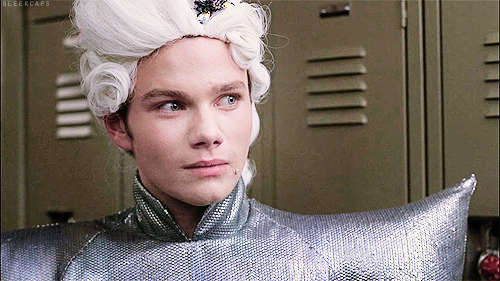 Stylistically, the Wonder Girls tried to look like the background singers for Christina Aguilera‘s ‘Ain’t No Other Man’  while the Girls’ Generation took aegyo out of their repertoire, trading it for edgy high-fashion clothes, and even edgier sets (figuratively and literally). 2NE1 even provided three options of promotional pictures for their ‘To Anyone’ album. The ones for ‘Can’t Nobody’ looked the part of your typical J-pop and K-pop artists while still staying very individualistic, while ‘Go Away’ found them laden in leather, and the ‘Clap Your Hands” photos emitted tribal. Had they not looked so edgy like a rock-band with instruments and leather or had they wore the same clothes all throughout, would Will.I.Am still want to work with them? Maybe not. 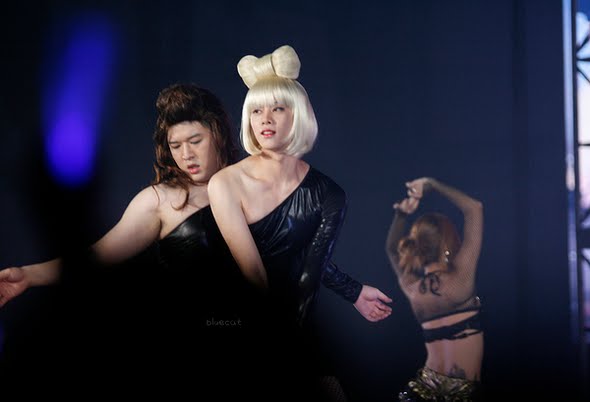 Boy bands are a different case compared to girl groups especially when they are all wearing similarly flashy and tight outfit and are doing dances. But it’s cool and definetely fun to see that the K-pop boys are all still maintaining a diva-esque swagger to all the haters and deniers, what with the Super Junior boys making out with each other at Super Shows, Jo Kwon trying to dance ‘Abracadabra’ at every opportunity that arises, T.O.P trying to act like a full-fledged drag-queen from time-to-time, and even 2PM‘s all for one and one for all mentality when it came to the ‘I’ll Be Back’ guy-liner extravaganza.

What I find problematic with the new batch of Western music groups (NKOTBSB, Big Time Rush, The Wanted, From Above, Heart2Heart etc.) is that they try too hard in looking unmanufactured, when everyone knows how thoroughly they’ve been manufactured. And they’ve been manufactured as fast as they are going to come and go. You get what you give. No pain, no gain. For example, I probably have a deeper appreciation for Girls’ Generation just by knowing how long Hyoyeon hustled, in foreign countries nonetheless, just to sing three words in every song they release. K-pop groups give us songs that are thickly manufactured, but no one denies it and no one tries to make it sound like it wasn’t manufactured and went through the approval of 50 suited executives and board members. The new Western groups try to give you something that sounds like a sped-up John Mayer tune, when that sort of material isn’t suitable for winning new fans in the first place. It’s too thick when added to the task of remembering who’s who in the group, who’s wearing what, who sings what, who does what, who’s good at what and who looks like he or she’s going to bail on the rest on go off on an uber-successful solo career. 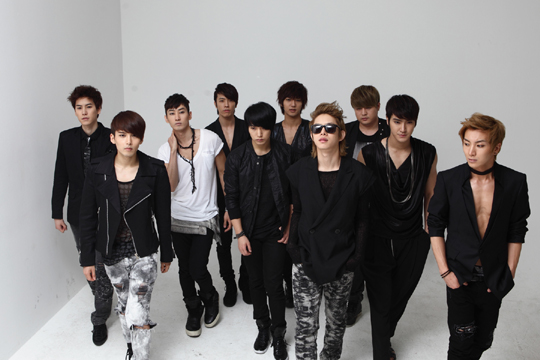 How did Destiny’s Child win over the world? Their song, “Imma say no no no no no, when it’s really yes yes yes yes yes,” was their first real hit so we shouldn’t be really surprised that Girls’ Generation won a nation with “Gee gee gee gee baby baby baby”. The Child’s other hits? ‘Bug A Boo’, ‘Bills Bills Bills’, ‘Say My Name’, ‘Survivor’, and other T-Ara and Kara-esque records where they repeat either a phrase, word, or syllable so many times that the song will surely resonate in your head for days (if you’re a new fan). K-pop is doing exactly this. For the moment. 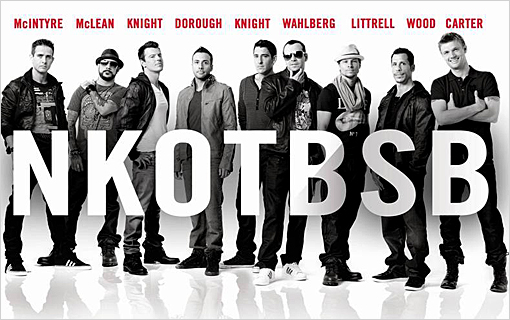 When the MTV LED screen ended its walk through memory lane, I was happy when the 2NE1 as the best-new-band-in-the-world montage began to play. My 2NE1 is of Lady Gaga and Beyonce caliber? Heck yeah! Since the West, namely the United States of America, has so much influence over the world, especially when it comes to the entertainment industry, I find it justifiable to rephrase the question that I think needs to be answered by everyone before the Hallyu Wave breaks and reaches the shore: Does the world miss music groups?