Hanhae Looks Over the Year with Solo Album '365' 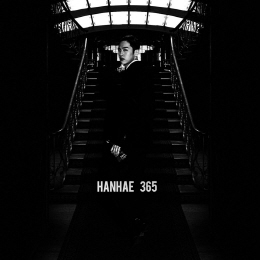 In the slew of solos that have been taking place since last year, another group member has stepped out to release his own songs: Phantom’s Hanhae. With a stronger hip-hop feel than the usual Phantom fare, 365 is the story that Hanhae wants to tell.  He participated in all the lyrics and almost all of the composition for the album.

The lead single for 365 is “Man of the Year,” featuring D.meanor. In an interview, Hanhae expressed that this song was his wish for 2015: to be the man of the year. Although it’s not entirely clear who that goal is targeted to (the public or fans), in the song itself, a girl is that target. Hanhae and D.meanor are intent on charming the lady by treating her like she matters and isn’t just a body.

With a song like “Man of the Year,” it would be hard to resist the charm. The lyrics are smooth and so is the music. Hanhae and D.meanor deliver a slick performance — Hanhae’s flow is strong and D.meanor’s vocals are on point. The instrumental combines electronic and some brass instrumentation to produce a R&B track that rolls over you and begs you to groove along.

Like almost all other Korean hip-hop/rap albums that have come out recently, there has to be at least one song with a lot of attitude and posturing. For Hanhae’s album, it’s “Neck Breaker” featuring Ugly Duck and Digiri. The track does take a different approach than the typical “go screw yourself, lame haters and wannabes.” Yes, they take a few pot shots at other rappers and even girl groups, but the song’s idea is broader than that. Instead, the “Neck Breaker” hook wants people to let it go and enjoy the songs – i.e. bob their head like their neck is broken, because Hanhae, Ugly Duck and Digiri’s skills, flow, and songs are good.

They aren’t necessarily being egotistical. It’s difficult not to bob your head along to “Neck Breaker” with its catchy hook and back music. Cyphers a rapper’s gold, and the guys are rolling in it.

“Over Action,” lyrically, seems like a follow-up to “Man of the Year,” or perhaps even a prequel. Meet a girl; try to iterate how you’re different from the other guys; let loose; and then the hookup. That sounds like the beginning of a relationship. Hanhae does deserve some credit for putting the girl in control — You don’t hear that every day. Also, keep an ear open for the Harry Potter allusion.

Musically, “Over Action” is a club banger mixed with some R&B vocal smoothness. With electronic backing and a strong bass, the song fits the “action” concept. Even New Day‘s vocal hook adds to the party-like atmosphere. You do want to put your hands up in the air and clap along to the claps in the background. 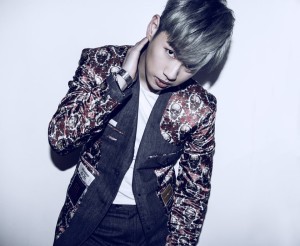 Next up is the song that should have followed right behind “Man of the Year,” “Warmers.” Once again featuring D.meanor, the song is a smoky, sexy R&B track. Of course, this song is about sex -– it screams baby-making music down to its bones. As I mentioned previously, “Over Action” is like an off-shoot of the lead track, “Warmers” is the aftermath of “Over Action.” Looks like Hanhae managed to get the girl to take some action. Although the song initially has this classic feel with the simple piano and percussion, it ties in nicely with the previous track thanks to the electronic background.

“Rock Paper Scissors,” featuring Louie of Geeks, marks the complete departure from the slick, sexy music. That’s not to say there’s no groove, because the bass line is strong in the song, however, there’s none of the smokiness. The song has almost a playful quality, which fits in with the title. Rock, paper, scissors is a childhood game that we’ve played to make decisions. In this song, it’s used as an analogy of playing to win, and even purposefully losing. Initially, Hanhae wanted to win, but realized that would mean losing someone. Now, he purposefully “folds” so that the other person wins.

“It’s On Me” almost feels like a Phantom song. You can almost imagine Sanchez singing the hook. However, the hip-hop edge does separate it from the group’s music. If you remember Western hip-hop from back in the 90s, this song will hit a soft spot in your memory. The synth of instruments and screaming backtrack is classic from that time period.

“It’s On Me” is like a drunken anthem: drinks flowing, drunkenness, missing an opportunity to get some action. However, it goes a bit deeper, in that the drinks are on Hanhae — he’s thanking those around him. We all need friends like that. 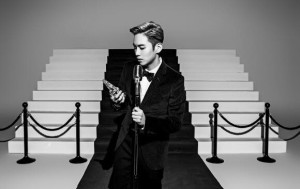 “365” is an emotionally driven rock tune. It’s quite surprising actually with the sheer level of angst you feel without understanding the lyrics. The electric guitar and dramatic piano line set this song so far apart from the rest, that it may just be the best composition on the album.

Lyrically, “365” is a (too short) encapsulation of a year gone by. Hanhae looks back on how he has affected family, friends, and others in his life. He’s been thoughtless, selfish, but grateful for familial support. Finally, he’s embracing his being a rapper and striking out on his own.

The album could have ended here perfectly, but it didn’t. To wrap up the album, there’s the special track, “Pitiful,” featuring Swings. Like “365,” it’s an all rap, no hook, track. The backing instrumental is like something out of a horror movie – and Swings laughing at the end sure makes it feel scary. While “Neck Breaker” avoids the overt hate-spewing, “Pitiful” does not.  Both Hanhae and Swings take on the dirtier aspects of the industry, such as big agencies controlling exposure. Swings’ part also harbors some offensive language – you can go translate it for yourselves.

The album would be better off without the special track. We know Hanhae isn’t an “idol-rapper,” so he doesn’t need to beat his chest.

If there is one thing to complain about overall, it is the cohesiveness of the album. Although different topics are welcomed — all love songs would be dull — there could have been a better order.  There’s a slight disconnection with the listing order, but every song is solid, so the questionable order is forgivable. Musically, however, there is a clear electronic stream going through the songs, so 365 is cohesive in that manner.

With this solo, Hanhae wanted to express himself and distinguish his style from his work with Phantom. He succeeded.