August has been a busy month for Koreans, with many events flooding their everyday life. The Olympics ended and we are aware by now how much sports mean to Koreans. Then, one of the most important holidays, the Independence Day, took place in the middle of the month and was an opportunity for celebration, but also for some controversies and scandals. So what else was on? What are the positive things that happened in Korean society this month?

A Taste of Empowerment

As presidential elections are a hot issue meant to occupy on a daily basis the front page of the newspapers, in August, the Saenuri Party announced its candidate will be Park Geun-hye. This marks the first time a major political party selects a female politician to run for the presidency and if she won, it would be the first time South Korea had a female president. She was also about to be proposed as a competitor in 2007, but her party chose Lee Myung-bak over her.

A slight improvement in the working environment has been perceived in the case of middle-aged women, who become more often breadwinners due to the need for their family’s financial security. They face indeed difficulties at work, being stuck in low-paid jobs and going through hardships if they want a promotion. However, many them were unemployed before, making a full-time job of taking care of their families. An increase of about 200 000 women in their 50s for the January-April period sounds rather impressive.

At the beginning of the month, Seoul streets assisted at the second Slutwalk. Initially, Slutwalk was a rally in Toronto speaking against justifying rape through women’s appearance. It spread in diverse areas around the world, including South Korea, which held its first the last year, caused by a female student’s rape at Korea’s University. This year, Slutwalk expanded its list and vises some other feminist topics, such as equal pay or abortion.

Approaching and Being Approached

There are two things that seem to be pushing Korean culture outside its borders: arts and summer. While locals complain about high temperatures, tourists enjoy the weather, the landscapes or the cultural heritage. The number of visitors reached about 1 million a month, with 80 % of them being drawn to Seoul. And it’s not just about tourists. The number of foreigners living in South Korea has reached 1.4 million (2.8%), with Chinese, Vietnamese and Americans being the top 3.

A part of the interest shown in South Korea as a touristic destination comes also from its pop culture. This determined

the Culture Ministry to expand its programs regarding teaching Korean culture. The “Hallyu Academy” program benefited from the help of various chiefs of national museums and provides top-notch lecturers and learning material for the foreigners (though not only) interested. Furthermore, Seoul Global Culture and Tourism Center offers K-pop singing, dancing and make-up lessons to those interested, gathering love from a bunch of non-Koreans too.

The other arts give a hand to proper cultural exchange. Keum Bee-na fell in love with Odissi, one of the eight officially-recognized Indian traditional dances, and she has come to master the dance techniques. Passing from dance to literature, Asia Publishers put together in five years an anthology of 15 modern Korean writings, classified by theme. The catch: it’s gonna be published in a bilingual edition and it will serve as studying material for US’ Harvard University and Columbia University (the East-Asian studies major) and Canada’s University of British Colombia.

KBS announced they will produce XY She, the firs Korean talk show to focus mainly on transgenders. One of the hosts will be Hong Seok-cheon, probably the most prominent Korean gay celebrity who faced a great deal of social ordeal when he outed himself as a gay. It’s hard to anticipate what direction will this show take, but KBS‘ initiative to shine a light over the LGBT community is nothing but admirable. Still on this topic, a musical this month will feature Park Geon-hyeong switching from his role in I Do, I do to a transgender rock singer for the musical Hedwig. Cinematographic arts tackled even farther on the transgender subject with Raz on Air, a documentary about Raz, a 24-years-old transgender who seems to enjoy life and overcome the stereotypes people fit her in.

Not only the artistic environment approached taboos, but also the legal system. South Korea’s Constitutional 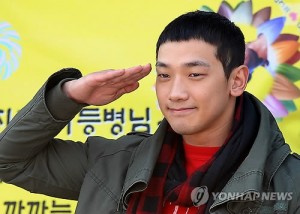 It’s important to note their willingness to talk about it, since activists accused the authorities of  inadequately little discussions around the topic. And while we’re at taboos, politics and laws, there’s been an interesting move from the possible candidate Kim Doo-gwan, who wants to abolish the mandatory military service and replace it with a volunteer-based one. His main reason is that quality should come before quantity; better administration and suitable policies, together with the members’ strong motivation to join the army could bring better results than a large army.

From real life to Internet, five years ago, a law required Internet users to comment or register with their real name in hopes of avoiding verbal abuse or the spread of false information. Not only that the law was deemed ineffective, but authorities declared it’s unconstitutional too and by the end of August, people are allowed again to use Internet services with their pseudonyms.

So this is my compilation of positive news that got my attention for the past month. What about you? Any info you’d like to share?