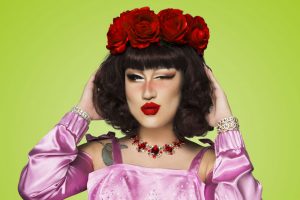 Chicago-based drag queen and YouTube personality, Soju, recently released her first single, “So Juicy.” Combining the long tradition of drag queen pop and K-pop, the song is heavily electronic-influenced. Singing in both English and Korean, Soju invites her listeners to get drunk, party, and have some of her namesake, soju, in the lyrics. While it isn’t my favorite drag queen song ever released (that would be “Rich White Woman” by Lady Red Couture), “So Juicy” is catchy and a good way to introduce more Asian drag queens to a wider audience.

I first heard about Soju from her drag transformation video with Edward Avila, one of the most popular male beauty vloggers. I enjoyed her style and humor, which lead me to watching a few episodes of her web series, Shots With Soju. She has episodes with almost all the queens you would ever want as guests. She’s a good host; sarcastic and funny, not afraid to roast her guests or herself, all while downing shots of soju. Her popularity has been rising over the past year or so, gaining followers across the US. Soju’s style of drag has evolved as her career has; before she had a look that harkens Trixie Mattel with her intense cut crease and faux lower lashline. As time has gone on, though, she’s refined her look and now has her own distinct style.

If you have ever watched RuPaul’s Drag Race, you may be familiar already with the 10 Asian-American queens that have been on that show. There’s only been one Korean queen, Kim Chi, featured on the show, and she also hails from Chicago. Kim Chi was wildly popular on her season, making it to the Top 3. The fact of the matter is, for many LGBT+ Asian-Americans, representation is few and far between. Having people like Soju and Kim Chi being visible to a more mainstream audience signals the potential for more representation within American society.

Furthermore, turn on any show or movie and it’s highly unlikely you’ll see an Asian-American. In the past three decades, only a handful of prime-time sitcoms on major networks have featured Asian-American leads. These shows challenged stereotypes while also expanding what the face of Asian America looks like. But unfortunately, the only openly gay Asian-American gay character that comes to mind is Blaine from Glee and his Asian heritage is mostly glossed over.

So the fact that Soju released a single and is being so visible in the drag world is amazing. More representation for LGBT+ Asian-Americans is needed and Soju is helping provide that representation. Hopefully in the near future we will have even more Asian-American queens gracing us with music and their slayage, but for now at least we have Soju and the other queens. 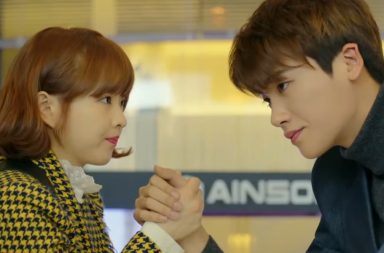