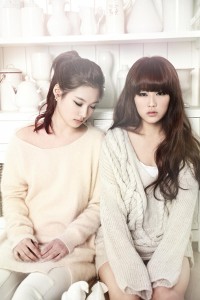 Welcome to another edition of Seoulbeats Roundtable!

In the past, we have done roundtables focusing on the experiences of different kinds of K-pop fans, such as Muslim fans and Black American fans. For the latest edition of this series, we turn our attention to those who are a part of the LGBTQIA community in the K-pop fandom, and learn some of their thoughts on Hallyu, fandom, differences between American and Korean society, and more, from their own perspectives.

In addition to our writers, Camiele, Lo and Nick, we are also very fortunate to have fellow K-pop writer Arnold, AKA McRoth, join in this discussion. Read on to see what they have to say! If you are part of the LGBTQIA community as well, we would love to learn your thoughts, too, in the comments below!

Camiele: Being a part of the K-pop fandom, I, as well as many of my peers, have had the honor of learning about Korean culture. What that does is allow you to see both the good and bad of another facet of humanity; thus, you’re forced out of the habit of over-romanticizing or even fetishizing that culture.

As that pertains to being queer, I see how difficult it is for my queer Korean brothers and sisters; I can sympathize because although things are getting better, they’re not necessarily good. More than anything, I want to support all queer members of Korean society as much as I can. But it’s also beautiful to see some idols, those who have huge visibility in SK, who stand behind their LGBTQIA community and who are proud to do so.

I’d say the most difficult thing is living with people who are deadset on demoralizing and demonizing members of the LGBTQIA community. It isn’t so much straight fans that bother me; it’s straight friends and loved ones. Even more painful is having to stay silent about it for fear of recrimination and ostracization. I’d like to see a show genuinely tackle this. We already have pioneers, such as Kim Jho Gwang-soo, Harisu, and Hong Seok-cheon, who’ve given the community a face and honest representation. I want to see more of that! 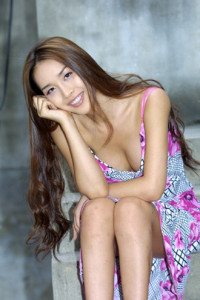 Lo: I’d say that being a K-pop fan is a good reminder that the American movement, as slow and ineffective as it feels sometimes, has come very far in an incredibly short amount of time. It took less then 50 years to go from Stonewall to the Supreme Court ruling on marriage equality. From a historical perspective, that is insanely fast. South Korea’s LGBTQIA movement has made some serious strides, but they are fighting a far more uphill battle then we ever were.

Arnold: I wouldn’t necessarily say that being a K-pop fan in itself has shaped my perspective on LGBTQIA issues, but it has definitely made me appreciative of being LGBTQIA in America compared to what life would be like in South Korea. I don’t worry here, but considering how overwhelmingly conservative South Korea can be, I am sympathetic to those in the LGBTQIA community in South Korea who face day to day adversity by anti-LGBTQIA organizations.

There’s a Counter-measures Committee on Homosexual Issues in Korea established by a group of extreme Christians, for example, that believe homosexuality is an addiction and a disease. This saddens me, particularly because I’m highly opposed to utilizing spiritual healing as a weapon to combat a dangerous and a very incorrect view of a group of people.

On the other hand, there is an overwhelming amount of support for South Korea’s LGBTQIA community (May’s International Day Against Homophobia and Transphobia in Seoul, KQCF, etc.) that gives me hope for change in that country. There, progress is moving at a different pace than it is in America, but it’s moving and that’s what counts.

Nick: Korea’s LGBTQIA community is definitely making progress. I was at Seoul Pride this year and was surprised at the scale of the event. It was held in front of Seoul City Hall, and the number of attendees was way more than I expected — plus, a lot of the attendees weren’t LGBTQIA members themselves, but simply allies who showed up to support. 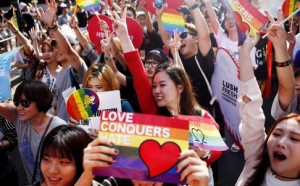 Despite a large crowd of protesters across the street in traditional Korean clothes singing Christian songs and waving anti-LGBT propaganda signs in our faces, the event went off smoothly. Of particular interest to Seoulbeats readers might be the fact that in the performance lineup were plenty of dance covers of K-pop songs, but I have a feeling that the songs they chose to cover seemed to only be from artists that support the community — at the very least, there was a lot of Shinee and Amber played that day.

Lo: Pop culture has had a major hand in shaping my experiences as a member of the LGBTQIA community, in that most people assume the young bi woman in college is a) saying she’s bi to attract guys who think girl-on-girl is hot, or b) saying she’s bi to appear more interesting and will drop it after graduation.

So as much as pop culture has given the LGBTQIA community more awareness and acceptance than 30 years of protesting, it has some serious downsides if you don’t fit the perceptions that pop culture created, and I feel Hallyu can do the same thing. It can help normalize being LGBTQIA, but for those who don’t match the characters who normalized it, it can lead to rejection inside and outside the community.

For example, I like seeing LGBTQIA characters in dramas. It’s easy to keep that casual homophobia going when there’s nothing to go against it, but well-written characters, such as in Reply 1997, can humanize these abstract ideas. It’s harder to hate something when there’s a face to go with it, and fictional characters can do the job just as well as real people.

Nick: I am all for dramas the portray LGBTQIA characters authentically — which is not too many, sadly. Reply 1997 had a really deep effect on me as a K-pop fan and as a person. As a gay K-pop fan, it was the first authentic representation I found of myself in K-pop culture. 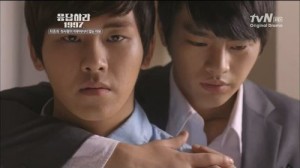 I identified so intensely with Joon-hee’s struggle in coming out and his relationship dynamics with his friends and love interest. It’s so important for dramas to properly portray this because, especially in South Korea’s current heteronormative society, we have very few role models in media that we can identify with and thus feel normal.

Those gender bender dramas, actually, make me angry. They uphold this idea that heterosexuality is the only possible form of attraction. This trope often involves a woman dressing up as a man, and the man falling in love with the woman, thinking she’s a man — but it’s okay, because she’s really a woman!

No, it’s not okay. This makes it seem like gay people are only confused, and that really, all along, people can only be attracted to people of another gender. The character often goes through some pseudo-questioning phase, which is extremely harmful to real life individuals going through their own phase of questioning their sexuality.

Arnold: LGBTQIA culture and pop culture are like besties, but what I’ve learned is that this relationship can oftentimes be very alienating. I love me some pop culture, but as a gay young adult, it’s frustrating when it’s expected of me to be involved so deeply in all things gay and know about all things pop. What’s important to understand is that however LGBTQIA life and culture is portrayed in the mainstream, it is not and should not be a direct representation of every member of the LGBTQIA community.

Camiele: Regarding the media’s representation, and as pertains to this conversation, the world of Hallyu and K-pop, I’m more in league with Arnold. It hasn’t really shaped my experience as a bi woman. I say that when, of course, we all know what we consume as a viewing audience will influence us in some way. 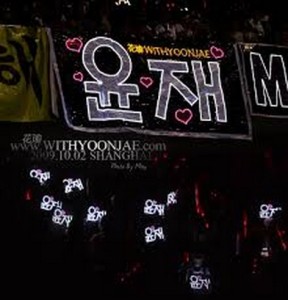 However, directly, I think what being part of the LGBTQIA community has done is allowed me to see things through a different lens, understand the sexual undertones and implications of certain forms of skinship while being able to also maintain my respect for the idols as human beings.

I don’t exactly have a problem with shipping or fanfiction, so long as it’s written and enjoyed with the understanding that it’s pure fiction. As I think we all agree, forcing a fantasy or fictional ideology on anyone to appease your own “needs” (if they can be called that) is just disgusting.

Arnold: I’ve never gotten into the whole shipping/homoerotic fanfiction thing, or can say I completely understand its purpose other than fulfilling an extravagant fantasy. Personally, I don’t see a problem with it so long as it remains tied to an individual’s fictional universe and never strays beyond that.

What I mean by that is that fantasizing about a celebrity is fine. We all can cop to that. Hell, I ship myself with Exo’s Chen and I’m not ashamed to admit it. But I think it becomes an issue when a person portrays their fantasy onto a “ship” expecting that group of individuals to act and behave like the author wants them to.

It’s important to keep in mind that K-Pop idols are human beings, not characters. On the other hand, idols can be an excellent source of inspiration for fictional characterization. There has to be a line drawn between what’s made-up and what is real.

Lo: Sane, respectful fans who are aware of the fact that their ship is fictional and I get along just fine. The ones who insist their ship is real and deride anyone who says otherwise? Yeah, them I have issues with.

For one, to insist that you know the sexual preferences of a complete stranger based solely on their public activities rubs me the wrong way on principle. For another, as Camiele pointed out, these fans have very little respect for the movement and the struggles faced by actual LGBTQIA people, but have the gall to accuse anyone who doesn’t like their fervent shipping, even LGBTQIA people, of being homophobic. No seriously, that has happened to me multiple times.

Camiele: What saddens me with shipping is it does create this weird disconnect from reality for “fans” who take it to a point of being blatantly disrespectful and not understanding why or even caring about the very real emotions of the idols they want to force into romantic, oftentimes homoerotic and misgendered relationships. What’s very dangerous is that, oftentimes, it has nothing to do with the actual sexuality of their bias. They want him/her with another bandmate no matter the implications, and a lot of the time have real disdain for the LGBTQIA community.

However, more honest representations of LGBTQIA characters in shows like the Replay series and The Lover give me hope that as older generations fade, younger generations will accept members of the LGBTQIA community as human beings, and we can slowly begin to rid the world of this bigotry.