One listless night, I was dredging through mounds of homework running on the exhaustive fuel of about two hours of sleep. YouTube provided some background music to immerse me into the flow of my work, doubling as both a source of energy and solace by taking me through playlist after playlist of soothing K-indie tunes. As I wallowed in a brief moment of procrastination, I scrolled through the comments section underneath the video of the song that was playing then — Loki‘s “Grind”.

Buttery vocals, a steady clapping beat, a muted electric guitar, and a simple bass surrounded me for the short while that I diverted my attention from typing up my essay. Something about the song’s tranquility and mellow chords created a feeling akin to being underwater, buried under the alternating waves of lukewarm blue spates.

To my surprise, I saw comments from Loki’s YouTube account replying to his listeners’ supportive statements. He typed up cordial statements thanking his fans for lending their support and praise. Impressed by his dedication to his fans, I proceeded to look through the limited number of songs on his official YouTube channel. Despite being cut from the same satiny R&B fabric, his songs were weaved with their own distinctive textures. “In “Make You Happy”, Loki carries a sense of yearning through higher pitches and the utilization of a slightly huskier voice —  adorned with simple piano chords, a minimalistic beat reminiscent of classic ’90’s R&B songs, and an undulating saw effect.

I then checked out his Soundcloud, pleased to find a hidden trove of songs unavailable on YouTube. I waded in a sonic wave of electronic R&B nostalgia, as “Ice Cream Phone Call”, “How”, and “Wake Up” took me back to the earlier sounds of artists like Travis Garland and SoMo. I was surprised to see him dabble in song composing as well, producing the track “Talk Tonight” and releasing an instrumental that he titled “Inst1”. 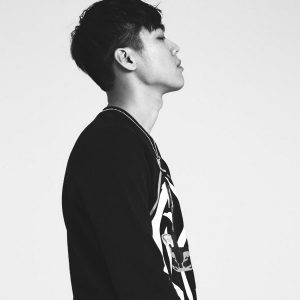 Thinking he was a native English speaker because of his consistent interaction with western fans, I sent him a DM on Instagram. I prepared a few questions: how he would describe his music, who or what he considered as his artistic influences, and why he made music. After clarifying that he was not a native English speaker, he apologized for the length of time it took for him to interpret and translate the questions I asked him. He thanked me for my interest in his music.

Once again, I was taken aback by his cordiality. The simple fact that he took time out of his busy schedule to painstakingly answer questions in a language foreign to him spoke volumes about his humility. He divulged that his song lyrics were often inspired by stories of people he knew and his own personal experiences, describing his own music as simultaneously warm and strong. His r’aison d’etre for his craft is simple, but substantive: he wants to make music just to communicate what he has to say and for people to receive his message and listen.

When listening to songs like “Grind” you can gain a sense of Loki’s world; he lays bare his anxieties and insecurities in a conversational style:

Every evening I take the same numbered bus home
Dizzy, I’m living in my worries that grow every day
I hate that I look like this
I don’t wanna see you anymore, your words

But he makes sure to follow it up with a message of encouragement:

You just have to hold on, stand up

The inornate yet authentic feeling of the lyrics make him sound familiar, like a friend, a confidante, an ordinary guy living an ordinary life.

This is perhaps furthered in his earlier renditions of different songs. In his cover of Dean‘s “Half Moon” and the all too familiar “Hotline Bling”, he plainly exudes that warmth and strength of which he characterizes his music through smooth, mid-range vocal tones. His simple, unornamented cover videos gives off a down-to-earth vibe.

Through his art and the extensive power of the Internet, he’s achieved precisely what he wanted: for people to listen to his messages and hear what he has to say. His pleasant nature, warm voice, and conversational lyrics has perhaps solidified him as another homegrown talent to look out for in the emerging K-indiescape.