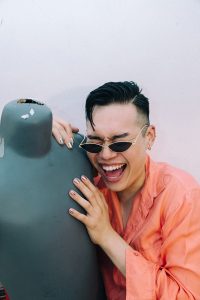 For this Indie Gem we’ll be taking a look at openly gay artist MRSHLL. You’ve probably heard about everyone’s favorite baby gay, Holland, who fills the gay pop star gap in Korea, but MRSHLL is for anyone looking for something more grown. MRSHLL is a Korean American who moved to Korea to pursue a music career. He released his debut album, breathe, on the Feel Ghood Music label. It features four collaborations and one song written by MRSHLL’s friend, Lee Hi.

MRSHLL’s debut album is full of lush, rich R&B tracks. Each song sounds like it’d be right at home in a dimly lit club, like you should be sitting at the bar sipping on a cocktail. It is, for me, the perfect evening in a soundtrack. While the album is definitely R&B, each song plays with different influences, allowing each song to fit together yet still retain individuality. His song, “Hold Me,” featuring Ja Mezz, would be an excellent addition to your playlist based on Jessie Ware, Emilie Sande, or Gallant. “OK,” featuring Lydia Paek, starts with trap beats, but as the song goes on, a jazz piano takes over. This song shows off MRSHLL’s unique voice and technique best. When him and Lydia harmonize it shifts from typical R&B to a more Gospel style song. It may not sound like it’d work, but as the piano fades, MRSHLL sings a set of runs and ending with, “It’s gonna be okay.”

MRSHLL is unapologetic about who he is. His music and videos reflect this confidence. His song “Pose” is my favorite of all his releases so far. It’s so full of joy and pride. “Pose” would be right at home at a drag competition. RuPaul could never. One of the lyrics that really stood out to me is during one of the early verses. MRSHLL sings, “Disrupt the roles/While I pose”. The lyrics can be interpreted in a variety of ways, the first referencing drag culture. However, I thought of another way to interpret them.

By being visible, MRSHLL knows that he’s disrupting the status quo in Korean society. It’s something he’s been open about in interviews, telling Very Good Light, “People don’t necessarily know certain aspects of the community…In a way, I feel it’s been a journey for all of us. And learning about the community allows them to then tell others as well. I hope I’m making changes on that micro level.” 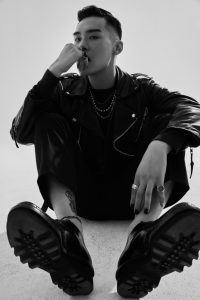 The South Korean constitution applies to the community. However, according to NQAPIA, “a Gallop poll from 2017 found that 90% of Koreans surveyed supported equal employment opportunities for sexual minorities.” So there continues to be slow but important progress within Korean society. South Korea isn’t known for their acceptance of the LGBTQ+ community. In recent years, attitudes have shifted towards acceptance, but reports of the military hunting for LGBTQ+ soldiers last year and continued misinformation about the community remain very much the norm. There are no laws explicitly protecting LGBTQ+ people from workplace discrimination, despite the Ministry of Justice claiming the South Korean constitution applies to the community.

MRSHLL being open and out from the beginning of his career only helps push South Korea a little closer to acceptance of the LGBTQ+ community. His music is beautiful and feels like he’s confident enough to present his full self to his fans. So if you’re looking for some new R&B and also want to support a LGBTQ+ artist, check out MRSHLL. I promise you won’t regret it.