2012 has been a busy year for K-pop, and one of the more intriguing campaigns has been that of SM Entertainment, who, after a grand yet still lacking performance in 2011, came into the new year with a plan of action to further the SM name, and are currently executing it with much conviction: while SM’s brash style hasn’t changed, the content of its actions have been interesting and varied, with a concert movie and a new world tour among them.

Another such example is the company’s recent S.M. Art Exhibition, where the company harnessed the interactive nature of the exhibition format to live up to its updated moniker of “Star Museum,” and put on a grand showcase of its idols past and present. Held from the 10th to the 19th of August at the D-Hall of the famous COEX mall in Samseong-dong, Seoul, the exhibition reportedly saw up to 30,000 people attend to not only check out some of the physical artifacts that have been accumulating in SM’s vaults, but also to experience greater interactivity rendered possible by new technology–and to see if they could run into their favourite SM idol, too. 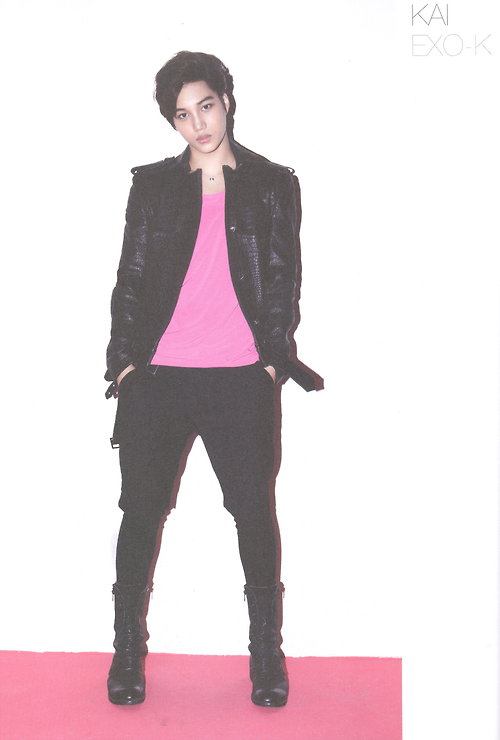 The idols, of course, naturally figured very heavily in the content and promotion of the exhibition itself. Fans (including yours truly) reacted with the expected hysteria at the release of the various posters and the video teasers for the exhibition, as well as trying their hand at a game of spot-your-bias in the composite photo of SM Town at the bottom of the main exhibition poster (see image above). The colour theme of black, white and grey with SM’s official colour of pink yielded varied results: while the composite photo was overwhelmed by the pink, as were some idols’ outfits, others were able to make the colour scheme work for them (you can read more about the fashion worn at the exhibition here).

But the promotional work didn’t stop there, with the idols making visits to the exhibition itself. The opening of the exhibition saw all idols and actors in attendance, with exhibit visits paid by SNSD members Taeyeon, Hyoyeon and Yoona, Super Junior‘s Leeteuk, Kangin and Yesung, Yunho and Changmin of TVXQ, and all the members of SHINee sans Minho, as well as an extended appearance by new SM group Exo. The idols visiting were also roped into partaking in interviews in front of the gathered press (it was during one such talk session that SHINee‘s Taemin made his unfortunately colourist comments about Exo-K‘s Kai‘s darker skin colour being a weakness).

While the idols are a big part of the exhibition, a lot of emphasis was also placed on the innovative technologies that were on display there: SM’s prized Matrix Cam made an appearance (top left); SHINee’s dances were rendered in holographic form (top right); a  Panorama 3D Theatre showcasing the best in cinematography and dance was set up (bottom left); projection mapping technology was used in a display sponsored by Hyundai; Super Junior joined Exo in promoting SM’s own Genie AR virtual shows; a “Welcome Stage” showed video of the idols waving to passers-by as they walked into the exhibition and finally, an “Imagination Tree” consisting of a 13-metre tall cylinder covered in LED screens was created especially for this event, and regarded as a highlight of the exhibition (bottom left, in background). The tree screened Star Calls between an idol and one lucky attendee for each day, among other things: Alternate versions of Exo-K’s “Mama” and Exo-M’s “History” were some of the easter eggs to be uncovered by SM at the exhibition. 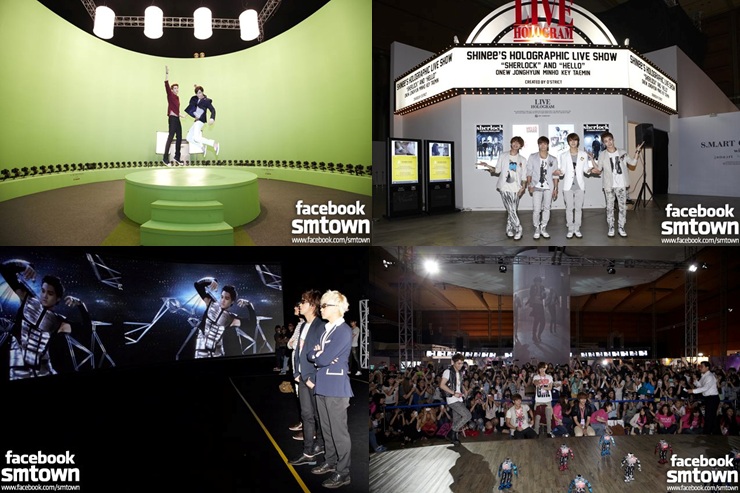 The Korean Herald noted that “[d]espite being called an “art exhibition,” the event is more of a high-tech show…” and it is definitely true in the sense that the IT characteristics of the exhibition were highlighted to a much greater extent than the other aspects of the exhibition; but that doesn’t mean there wasn’t any art too. Just like any traditional exhibition, visitors could also view artworks, these here submitted by fans at the adjoining art gallery run in conjunction with Gana Art (prizes for the art were given out on the last day of the event by SNSD’s Yuri), as well as take a gander at props and costumes used in music videos (SHINee’s “Juliet” outfits) and concerts (Onew’s angel wings from SHINee World Concerts) in the “Rare Items” section. Also on display were  the vans used to transport the idols, and Hyundai used the exhibition as a platform to showcase  a new luxury model as well.  A wall filled with Polaroids of the idols was also featured, providing an extension of the find-your-bias game in addition to a more candid glimpse of the idols themselves. 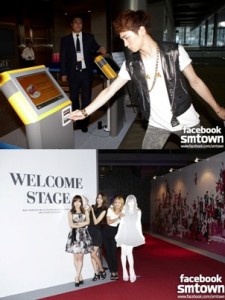 The S.M. Art Exhibition reportedly drew in a total crowd of 30,000 people, with half of those said to be international visitors. There were two types of fares available: the 25,000 won Pink ticket allowed general admission, while the 85,000 won Silver ticket included priority access to the exhibition as well as a special gift. Speaking of which, the exhibition also allowed visitors the opportunity so stock up SM paraphernalia (sadly, no life-size cut-outs were available for purchase, though Hyoyeon has the right idea with her new friend “Taeyeon”). With expected figures of 50,000 visitors, the actual turnout is lower than reportedly expected; however, this does not seem to have deterred SM, who have already announced plans to open the exhibition in Taiwan in April next year. Considering that K-pop is very popular there (as discussed in our recent SM Chatbox) and is already host to a SM merchandise store in Taipei, the country is the perfect choice to host the exhibition overseas.

Holding an exhibition like this isn’t cheap, and there are reports that SM may not have recouped their full investment amount. However, it should be noted that it is an achievement in itself that SM was able to even hold such an event at all; that it had the content, the star power and the adequate funds to invest in such a venture. There are not many entities in K-pop who would be able to put on an exhibition of their own, or even be interested in doing so, making the S.M. Art Exhibition appear as a rare event. But while  an exhibition of such magnitude is a great one, S.M Art isn’t the only K-pop related exhibition to have taken place.

JYJ held their own exhibition a month before SM’s own: the 2012 JYJ Membership Week was held between the 28th of June to the 1st of August at the Seoul Trade Exhibition & Convention centre (SETEC) in Daechi, Seoul, and like SM’s own efforts, entertained its 22,000 attendees with holograms, videos and even a documentary movie. Junsu, Yoochun and Jaejoong themselves appeared at the exhibition and performed their group and solo works for their fans. The most remarkable part of the exhibition, though, was that it was entirely free for official JYJ fanclub members, with JYJ’s company C-JeS Entertainment picking up the bill.

Another K-pop -related event was the K-pop Entertain-Art Show held at the Korean International Exhibition Centre (KINTEC) in Ilsan, Gyeonggi, and overlapped with both of the previously mentioned exhibitions by being held from the 28th of July to the 19th of August this year. This exhibition does away with all the high-tech gadgetry, consisting mainly of over 100 paintings created in the trompe l’oeil style of a range of K-pop groups from FT Island to f(x) to 2PM to Son Dambi. Literally meaning “fools the eye” in French, trompe l’oeil plays with he idea of perception in order to make what is a 2-dimensional image seem like a 3-dimensional one. Trompe l’oeil has been around since Antiquity, but in the modern-day the style has been modified to also allow the viewer to insert themselves into the artwork itself. K-drama fans will also recognise the style from Heartstrings, where the lead couple go on a cute date to one such art exhibition.

Exhibitions, whether they be art- or technology-based, allow for K-pop fans to engage with their idols in a different and more interactive way that allows for a different experience for both the fan and the idol, and while they may be  expensive to organise, the experience afforded by such an event is perhaps a novel enough experience to counter any economic disadvantages. Perhaps more collaborative efforts between the companies like with the K-pop Entertain-Art Show could help with dealing with the cost of exhibitions, and bring in a wider audience as well.

What are your thoughts on exhibitions? Would you be interested in attending one, or have you already been to one (you lucky devil you)? Let us know in the comments below!